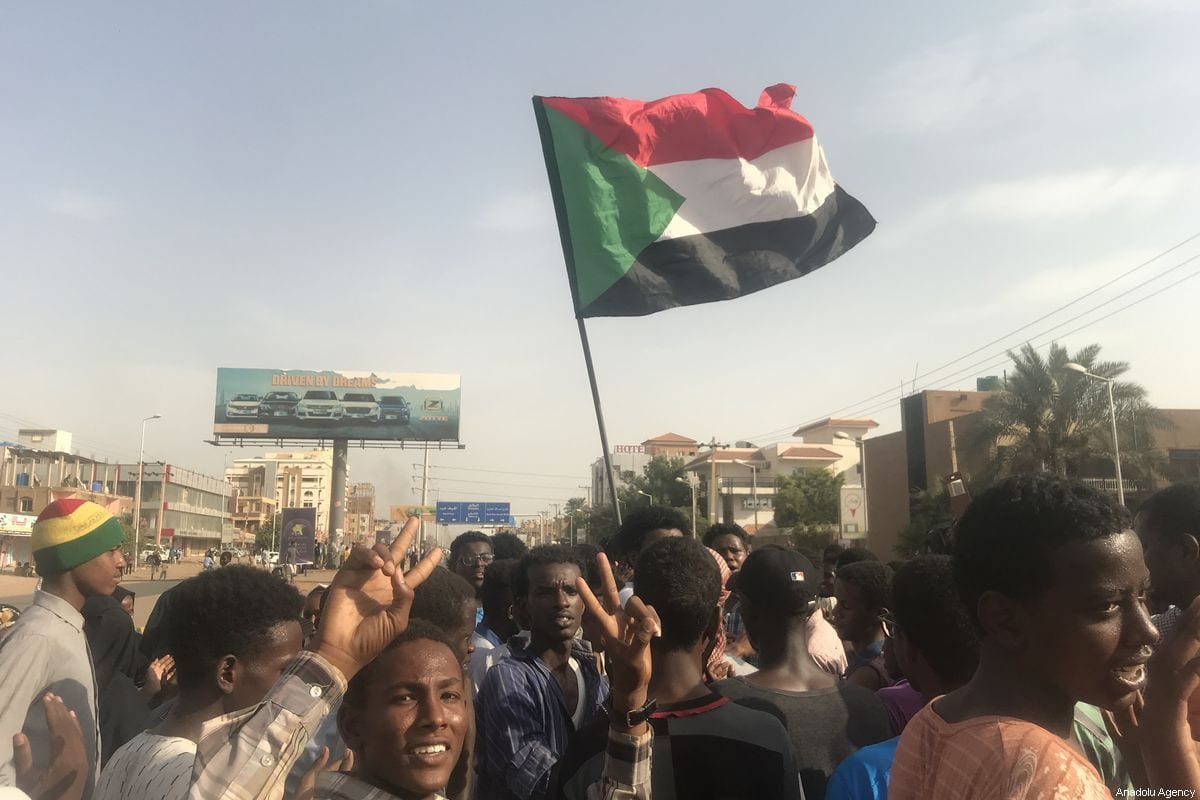 Demonstrators protest against fatal shooting that left five child protesters dead in the central city of Al-Obeid, on 30 July 2019 in Khartoum, Sudan [Ömer Erdem/Anadolu Agency]
September 24, 2019 at 3:20 am

Student protests in Nyala, the capital of South Darfur state in western Sudan, have been ongoing on Monday for a third consecutive day calling for bread, fuel and justice.

Anadolu quoted eyewitnesses as saying that: "Thousands of demonstrators in Nyala went out in spontaneous protests, retaining a call for a march under the name "procession of justice" to demand justice in Darfur's main cities.

They pointed out that the protesters marched until they reached the headquarters of the judiciary and of the Government Chancellery of South Darfur in the city of Nyala, where they shouted their demands.

"Marginalization Force Group", one of the civil society organisations in Darfur called for a "procession of justice". The organisation called for the procession, which is expected to leave at 1 p.m. Sudan time, to be present in five major cities representing the capitals of the states of Darfur.

The Association of Sudanese Professionals, the most prominent component of the Forces for the Declaration of Freedom and Change, the leader of the protest movement and participant in the transitional government, called for immediate investigation and accountability for the incidents in Nyala.

Sudan suffers from ongoing living crises, triggered by the scarcity of strategic commodities, the rise of the exchange rate of the Sudanese pound compared to the dollar, and the shortage of cash-flow in the Sudanese markets.

On 21 August, the Sudanese Prime Minister, Abdallah Hamdouk, was sworn in as head of the government during the 39-month transition period, which will be concluded through elections.

The Sudanese hope that the agreement on the transition, signed last August, will put an end to that has been widespread in the country since the army leadership has ousted Al-Bashir.

READ: Million-man march in Sudan to call for judicial changes