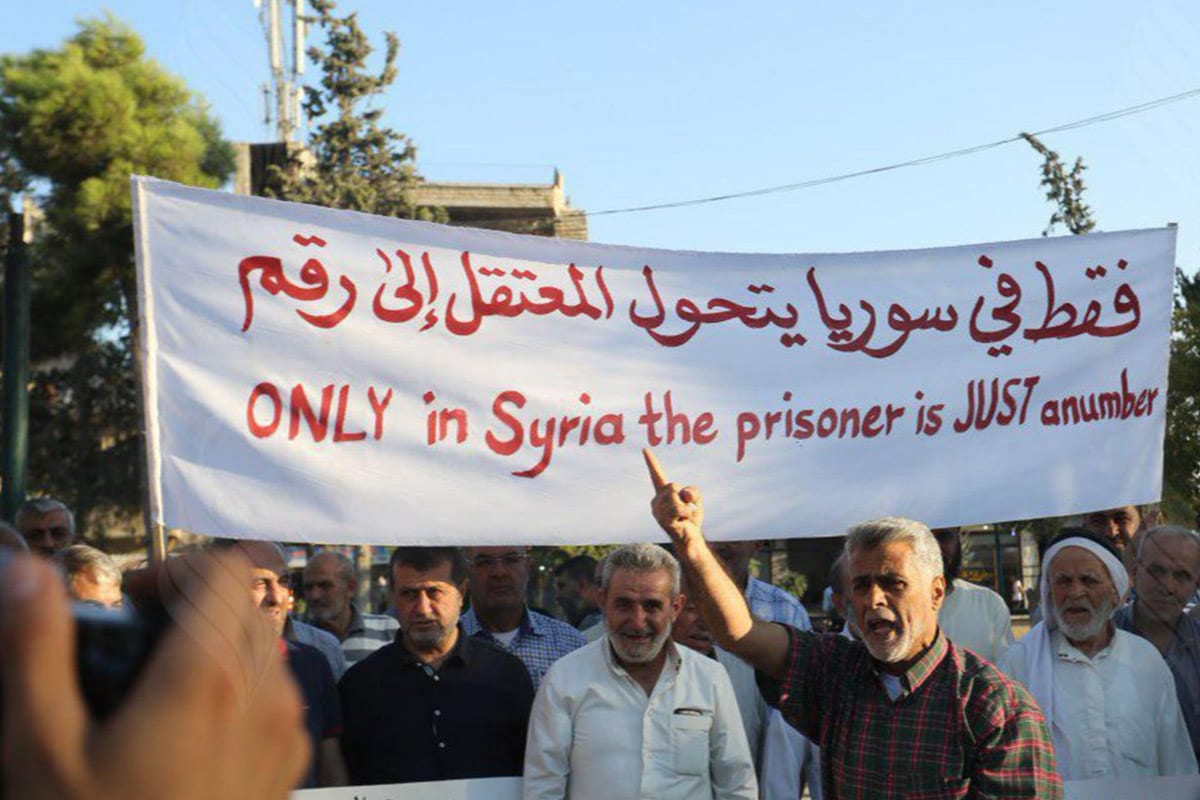 Demonstrators in Syria demand justice for the many Syrian prisoners, tortured and killed in Assad's prisons [Twitter]
October 24, 2019 at 2:50 pm

Over 14,000 people have been tortured to death in the Syria war using 72 different methods of torture, according to a new report by the Syrian Network for Human Rights (SNHR).

The figure is likely to be much higher given that these figures reflect only what the organisation has been able to record.

Among the methods used were slicing off body parts and allowing junior doctors to practice surgical training on the prisoners. The doctors are encouraged to make medical errors.

Pouring boiling hot water on victims, burning them with chemical acids, whipping them on the feet, being bent through a tyre, pulling out finger and toenails using pliers and gouging out the eyes were also detailed.

In addition to this, detainees are denied access to medical treatment, deprived of using the toilet and other basic hygiene facilities, crammed into small, overcrowded cells and deprived of food and water.

A number of forms of sexual violence are carried out by security forces, including beating women so hard they lose their uterus.

SNHR said these torture patterns were so widely practiced that there was hardly any survivor who had not been subject to them.

By comparing survivors' testimonies, with government documents from the same period and photographs smuggled out of Syria by the former regime photographer Caesar, SNHR notes that there is a pattern in the methods and processes of torture used by the regime.

This "suggests that the orders for and training in these procedures are all issued from one central point and in close coordination and exchange of expertise to deliberately create a range of the most heinous and cruel methods of torture."

The SNHR estimates that 1.2 million Syrian citizens have been arrested and detained at some point since the start of the uprising in March 2011. At least 130,000 are still detained or forcibly disappeared by the Syrian regime.

READ: Six years after the chemical attack in Ghouta, have we learnt its lessons?