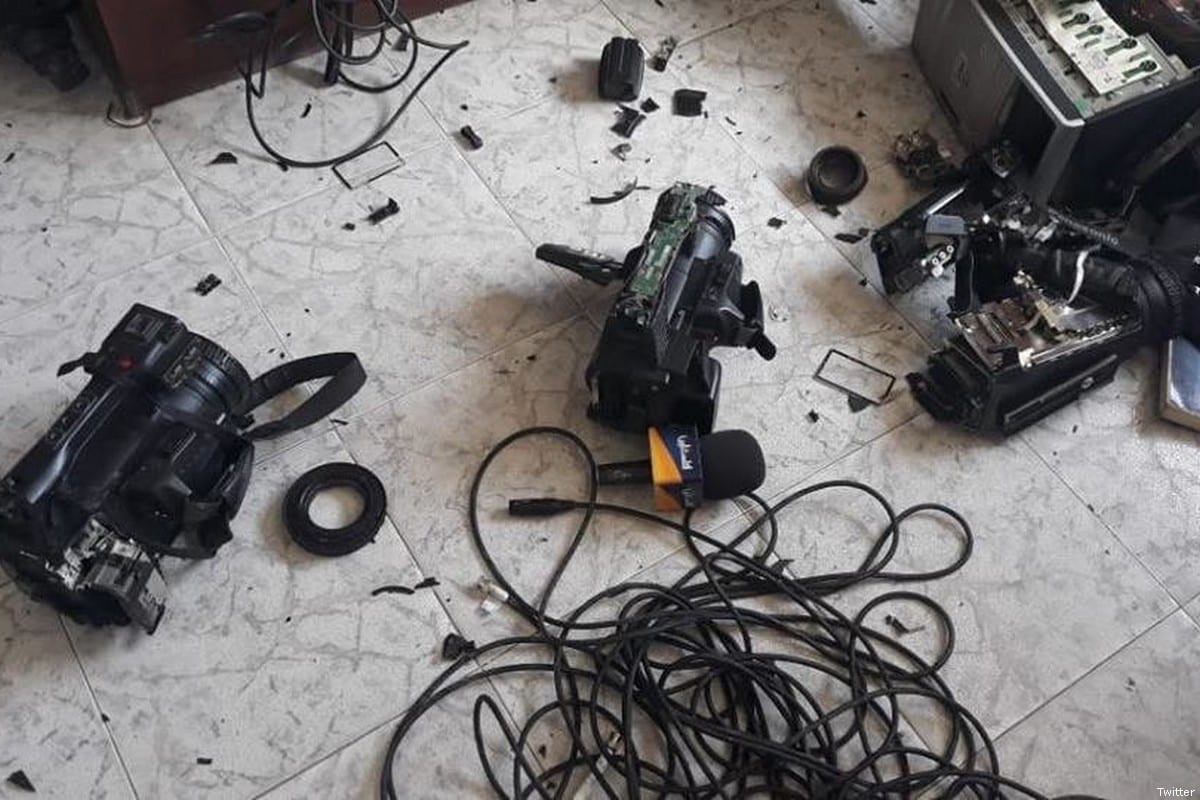 In a statement, the Committee to Protect Journalists (CPJ) urged Israel to "allow Palestine TV and the Al-Arz Media Services Company to reopen their offices and resume their work", also demanding that Israeli occupation forces "cease conducting raids of media organisations".

On Wednesday, "Israeli police and intelligence officers raided the Jerusalem offices of Palestine TV and the Al-Arz Media Services Company, seized broadcasting equipment, and ordered the companies to remain closed for six months".

The raid and closure were ordered by Israeli Internal Security Minister Gilad Erdan.

"Palestine TV and the Al-Arz Media Services Company should be allowed to reopen and resume their work; if Israeli authorities believe they have violated any agreements, then that should be dealt with in the courts, not through surprise raids and shutdowns," Delgado added.