Kuwait shames those sellouts who are betraying Palestine 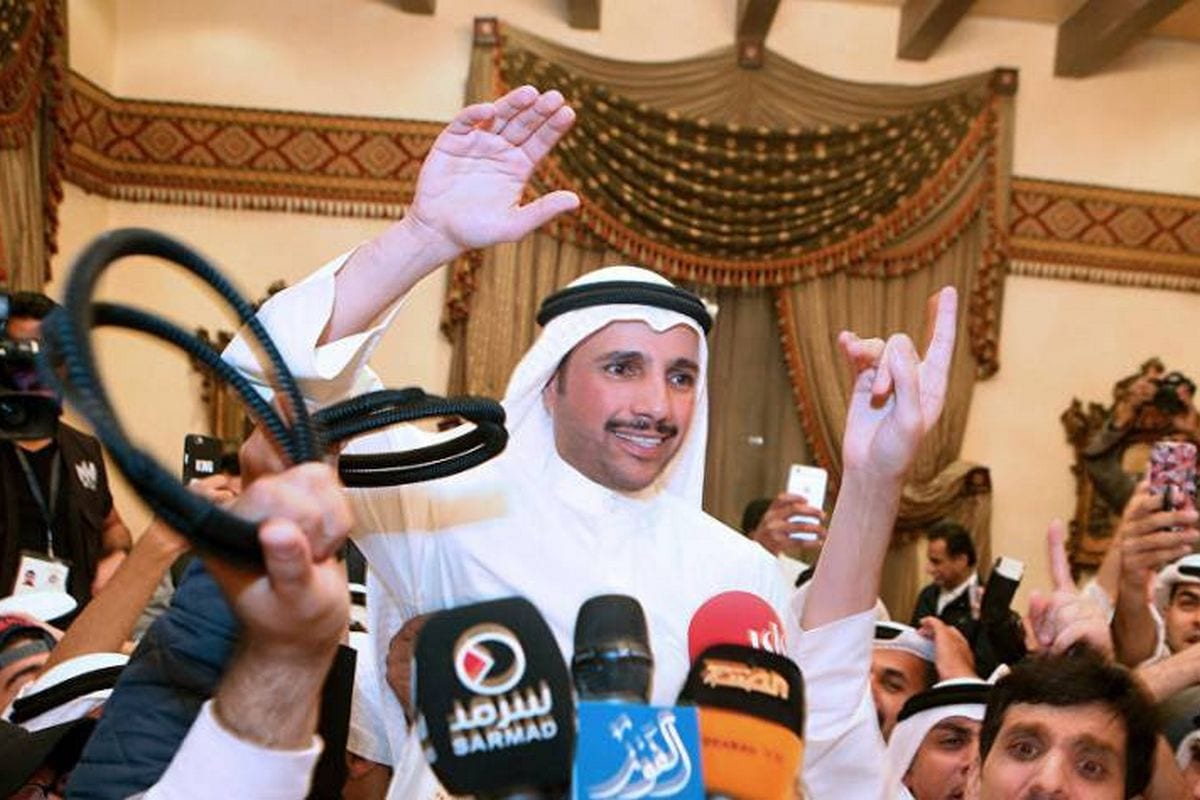 Speaker of Kuwait’s National Assembly Marzouq Al-Ghanim (C) is welcomed back as a hero after his strong attack against the Israeli delegation during the five-day IPU conference
Dr Issam Shawer
February 10, 2020 at 2:00 pm

It is not unusual for Kuwait to have a position on Trump's deal of the century that is miles ahead of the other members of the Arab League. Kuwait's position is clear and honourable, as expressed by the Speaker of the Kuwaiti National Assembly, Marzouq Al-Ghanim, during the emergency meeting of the Arab Inter-Parliamentary Union to support the Palestinian cause.

Al-Ghanim said that the deal belongs in the dustbin of history, and then promptly threw the document away. As for the billions of dollars that Trump offered for the Palestinian people to sell their cause and their homeland, Al-Ghanim offered the US President more money for the Israeli occupiers to leave the land of Palestine and go back to where they came from, making it a real deal of the century.

The Kuwaiti response was characterised by wisdom and intelligence, because the Trump administration wants to end the Palestinian issue like a business deal; money for a homeland and the history of a people. Hence, Kuwait offered several times more cash for the occupiers to get out and to keep the Palestinians in their own land. In doing so, the only card in the Trump-Kushner-Netanyahu hand is removed, as all they can talk about is money. Their "deal" includes economic peace, prosperity, projects, facilities and other relatively petty tools that have no place in the ongoing battle to expel the Israeli occupier from the land of Palestine and liberate the Islamic religious sites.

READ: Speaker of Kuwaiti Parliament throws 'Deal of the Century' in the bin

The Emiratis deluded Jared Kushner and his President that the Palestinian issue could be solved if enough money is thrown at it. They thought this would be the case having first succeeded in deceiving some Palestinians and buying houses from them before selling the properties to Israeli settler groups. However, this deception was exposed and there are no longer any Palestinians who dare to sell their house to a stranger, especially if they are from the UAE, as it has now become known they are the middlemen for Zionist organisations working to expropriate Palestinian land by indirect means.

Palestine is neither for sale, nor for use as a bargaining chip. Whatever the PLO conceded was a mistake and does not represent the position of the Palestinian people. This mistake must be fixed by withdrawing recognition of the legitimacy of the occupation state and the Oslo Accords.

We will not accept the deal of the century, nor will we accept 11 per cent or 22 per cent of historic Palestine. We thank Kuwait, its Emir, government and people for their continued political support for the Palestinians and their cause, as well as the encouragement to insist on the Palestinians' right to every inch of their occupied land.