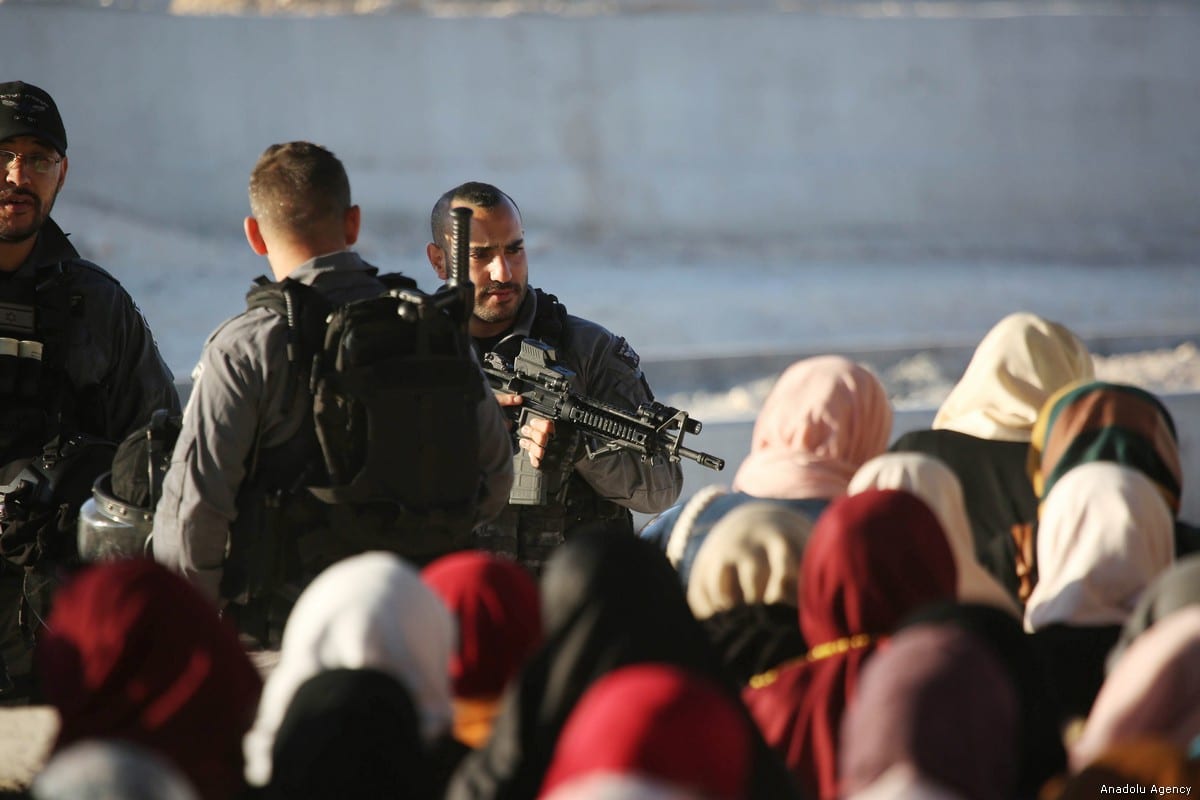 Palestinian Authority policemen are currently operating in the village of Kafr Akab and the Qalandiya refugee camp.

According to Haaretz, the move comes after reports of armed confrontations on Monday between local residents of the Palestinian Arab neighbourhood and activists from the refugee camp behind the Separation Wall.

The Separation Wall divides Palestinians from one another. Several neighbourhoods which belong to the Jerusalem Municipality have been severed from the rest of the city by the wall.

A Kafr Akab resident was severely injured during the exchange of gunfire, which lasted for several hours, eyewitnesses claimed.

Monday's armed confrontations erupted over a roadblock set up by Palestinians from Qalandiya refugee camp to enforce the rules of social distancing to prevent the spread of coronavirus.

They blocked the entrances to Kafr Akab and tried to prevent residents from leaving after at least two Kafr Akab residents were diagnosed with the disease, reported The Jerusalem Post.

Residents of these neighbourhoods and villages have been complaining that they are not receiving all the services they are entitled to as holders of Israeli ID cards, including municipal and police services.

"Kafr Akab is a time bomb," local resident Hisham Abu Rmaileh said. "On the one hand, the Israeli police do not want to deal with the crime here. On the other hand, the Palestinian security forces are banned from entering our village because it is located inside Israel. Almost every night we see people carrying illegal weapons and shooting at each other."

Because these neighbourhoods have been severed from Jerusalem, the city and police provide few services and conditions have significantly deteriorated in recent years.

READ: Praying outside Church of the Holy Sepulchre, but unable to enter

Another resident, Ahmed Qawassmeh, said: "Living in Kafr Akab is like living in a war zone."

Until 20 years ago, "Kafr Akab used to be a small and quiet village with less than 8,000 residents," he said.

"Because of the housing crisis and the high cost of living, tens of thousands of East Jerusalem residents moved to Kafr Akab and built thousands of housing units without proper licenses. Today, Kafr Akab is one of the most overcrowded villages in Jerusalem. If we don't die from coronavirus, we'll die from street fights and illegal weapons."