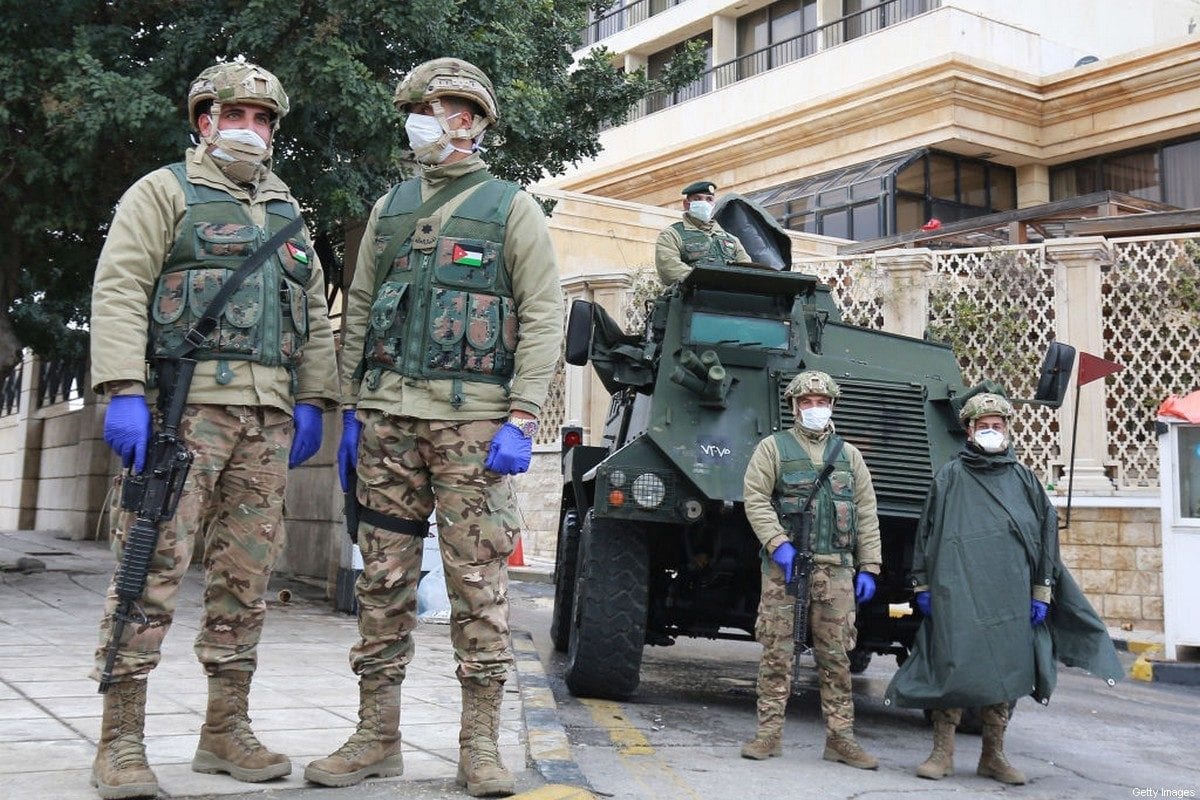 Jordanian soldiers keep watch on 18 March, 2020 in the capital Amman as Jordan takes measures to fight the spread of the coronavirus COVID-19 [KHALIL MAZRAAWI/AFP via Getty Images]
April 29, 2020 at 11:00 pm

Jordanians took to the streets after a ban was lifted on driving and many businesses reopened in a rapid return to normality after the authorities relaxed a tough forty-day curfew to stem the spread of coronavirus, Reuters reports.

A car driving ban for most of the country's 10 million inhabitants was imposed shortly after King Abdullah enacted an emergency law in the middle of last month that gave the government sweeping powers that curb civil and political rights and deploy the army in cities.

The government, which announced the move on Monday, said it could revert back to limiting movement by foot from 8 a.m. to 6 p.m. for people to shop under stay at home orders before a night curfew if people did not observe social distancing rules.

"Continuing to ease measures depends on the degree of compliance and in the event people and businesses don't abide, we will unfortunately go back to closures and tough measures," cabinet minister and government spokesman Amjad Adailah said.

The curfew brought the army to main squares of the capital for the first time on this scale since martial law decades ago, paralyzing daily life, business activity and leaving many daily wage earners struggling without pay.

READ: What impact will the oil price crash have on the Arab world?

The government of Prime Minister Omar al Razzaz won praise for quick moves that were some of the world's strictest measures to contain the COVID-19 pandemic, but the economic impact has deepened, with growing criticism by business lobbies and fears of social unrest.

The closure of firms and the disruption of tourism, a main source of foreign currency, has choked the aid dependant economy with officials warning this year of the first contraction in growth since 1990 and a record public debt that will exceed 100% of GDP.

Public buses and taxis were also allowed to resume on Wednesday in the phased reopening of thousands of businesses and industries since last week and now extended to beauty parlors, cosmetics to dentists and garments and malls.

Medical officials, who say with only 451 confirmed cases and only eight deaths the country can risk more steps to open the economy, warned, however, cases could spike again if people did not take heed of safeguards.

"There is an impression by some that the disease has ended and any recklessness or steering away from preventive measures will lead to the return of the disease and in a worse way," said Health Minister Saad Jaber said.

The government has not indicated when civil servants in most government agencies will be allowed to go back to work nor timing of the resumption of schools and universities.