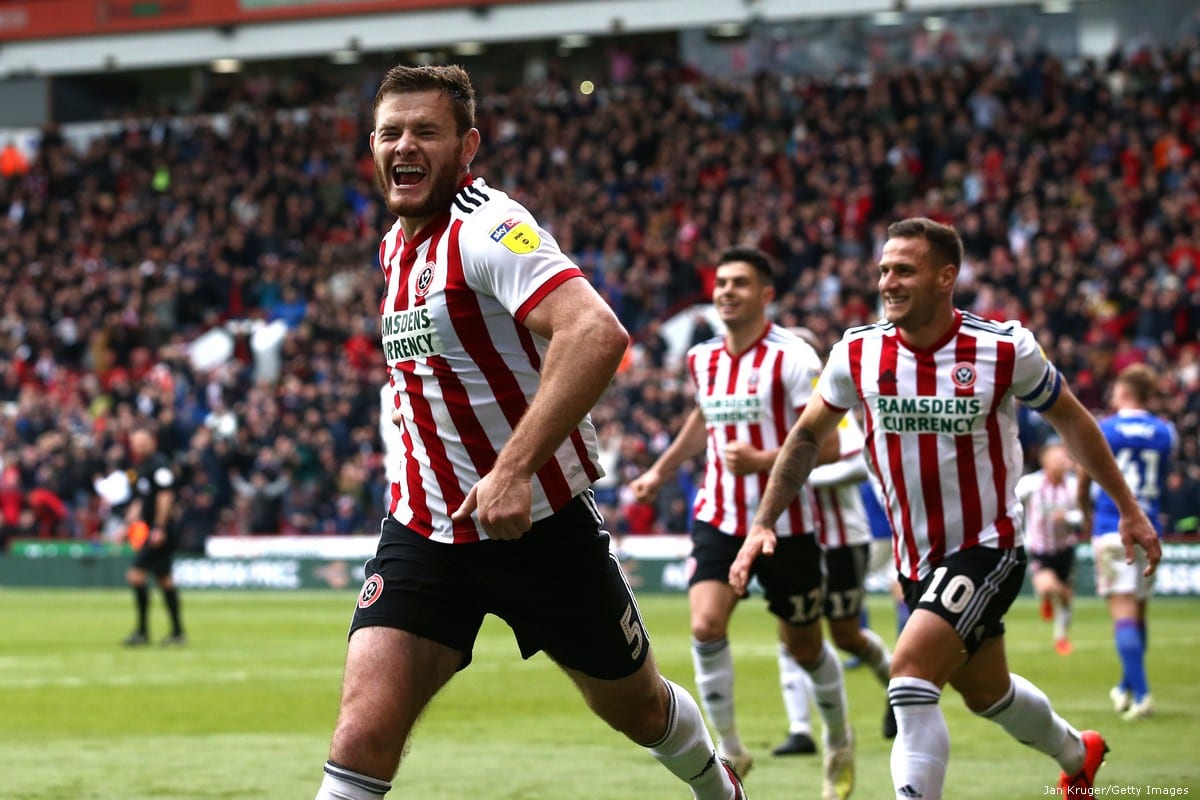 Players of the Sheffield United Football Club celebrate after scoring the second goal during a football match in in Sheffield, England on 27 April 2019 [Jan Kruger/Getty Images]
May 22, 2020 at 2:26 pm

The confusion over official filings from the owners of Sheffield United have highlighted one potential pitfall for the Saudi bid to buy their Premier League rivals Newcastle United – the issue of a conflict of interest, Reuters reports.

While British media reports say the Saudi backed takeover of the club from British retail magnate Mike Ashley is close to being approved, the issue of Sheffield United being connected to the ruling House of Saud risks lingering over both teams and could return to focus when they face each other next season.

The Premier League will not comment on its approval procedure. However, the issue is certain to have been considered given English football's rules on club ownership.

Those rules state that a person would be disqualified if "either directly or indirectly he is involved in or has any power to determine or influence the management or administration of another club or Football League club".

READ: Football must not provide cover for human rights abuses and war crimes

The question the Premier League must determine is whether Sheffield United, owned by Prince Abdullah bin Mosaad bin Abdulaziz Al Saud, would be at risk of coming under the influence of Newcastle's potential majority owners – the Saudi sovereign wealth fund, PIF.

A group fronted by British financier Amanda Staveley, with an expected 80 per cent Saudi investment from PIF, have made a reported 300 million pound ($375 million) bid to buy the club from British businessman Ashley.

PIF manages over $300 billion in assets. It has been in existence since 1971, but became a more active investor since 2015 when it started reporting to a high-level economic body headed by the kingdom's de facto ruler Crown Prince Mohammed bin Salman.

Prince Abdullah is one of the Crown Prince's cousins. The ruling Al Saud family has around 10,000 members.

Both Newcastle and Sheffield United declined to comment when approached by Reuters.

While there is no suggestion that PIF has any direct financial involvement in Sheffield United, the question is whether, given the nature of Saudi business practice, it could influence the Yorkshire club's decision-making.

"Real world Saudi politics may mean that there is some connection, even influence, between the owners – but proving it in concrete terms may be an issue, especially if the ownership structure of both clubs is via separate corporate entities," said leading sports lawyer John Mehrzad QC.