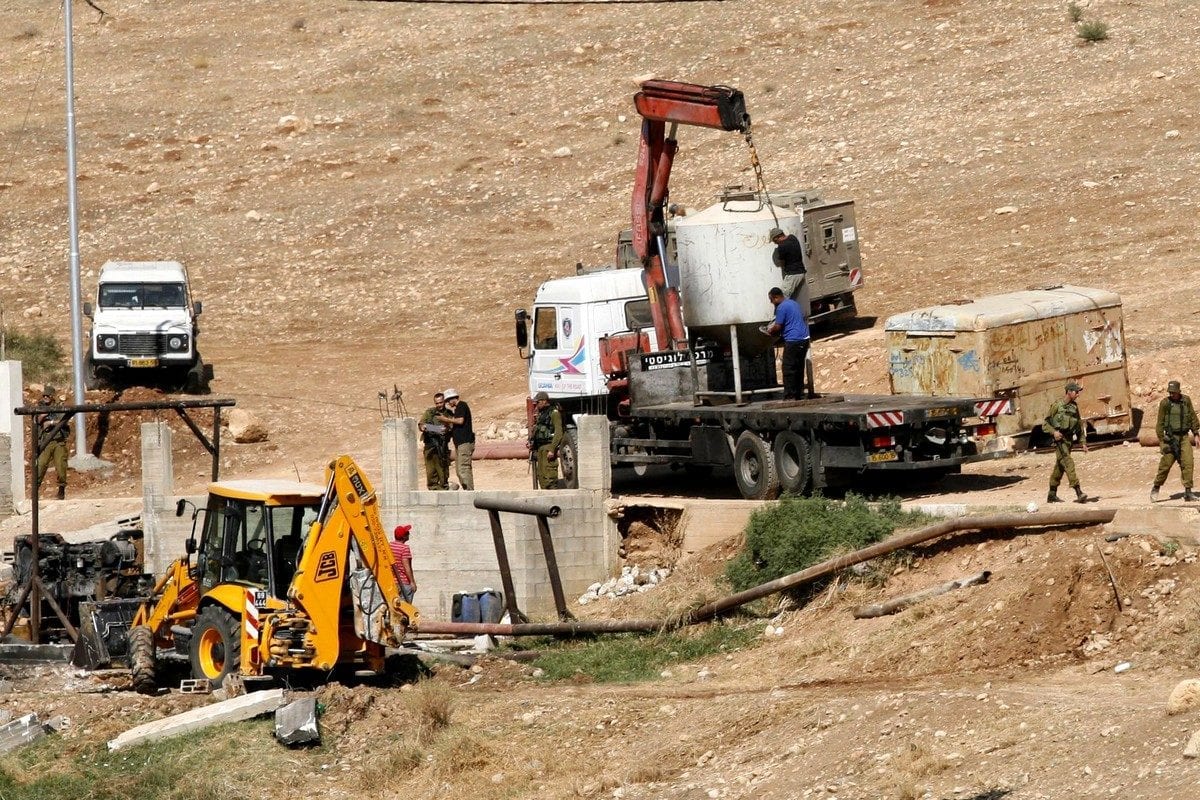 Israeli soldiers surround a bulldozer as it destroys a Palestinian water well in the West Bank [Wagdi Eshtayah/ApaImages]
June 11, 2020 at 6:37 pm

Israel prepares to count Palestinian population living in areas that will be annexed to Israeli sovereignty, according to US' alleged peace plan "Deal of the Century", Anadolu Agency reports.

The Israeli rights group "Peace Now" said in a recent study there are more than 107,000 Palestinians living in around 43 villages that will be annexed to Israel based on the Israeli annexation plan.

The "C" areas represent almost 60% of occupied West Bank that are under Israel's security and administration control.

AIPAC: US officials can criticise Israel annexation plans, 'as long as it stops there'

Recently, Netanyahu expressed his intention to annex around 30% of West Bank territories, half of "C" areas.

According to the US's so-called "Deal of the Century", Palestinians will be allowed to choose to live under Israel's sovereignty or to move to the Palestinian Authority territories.

The US plan has drawn international condemnation and outrage.

The West Bank, including East Jerusalem, is seen as occupied territory under international law, thus making all Jewish settlements there — as well as the planned annexation — illegal.