'Put Palestine back on the map,' demands Madonna 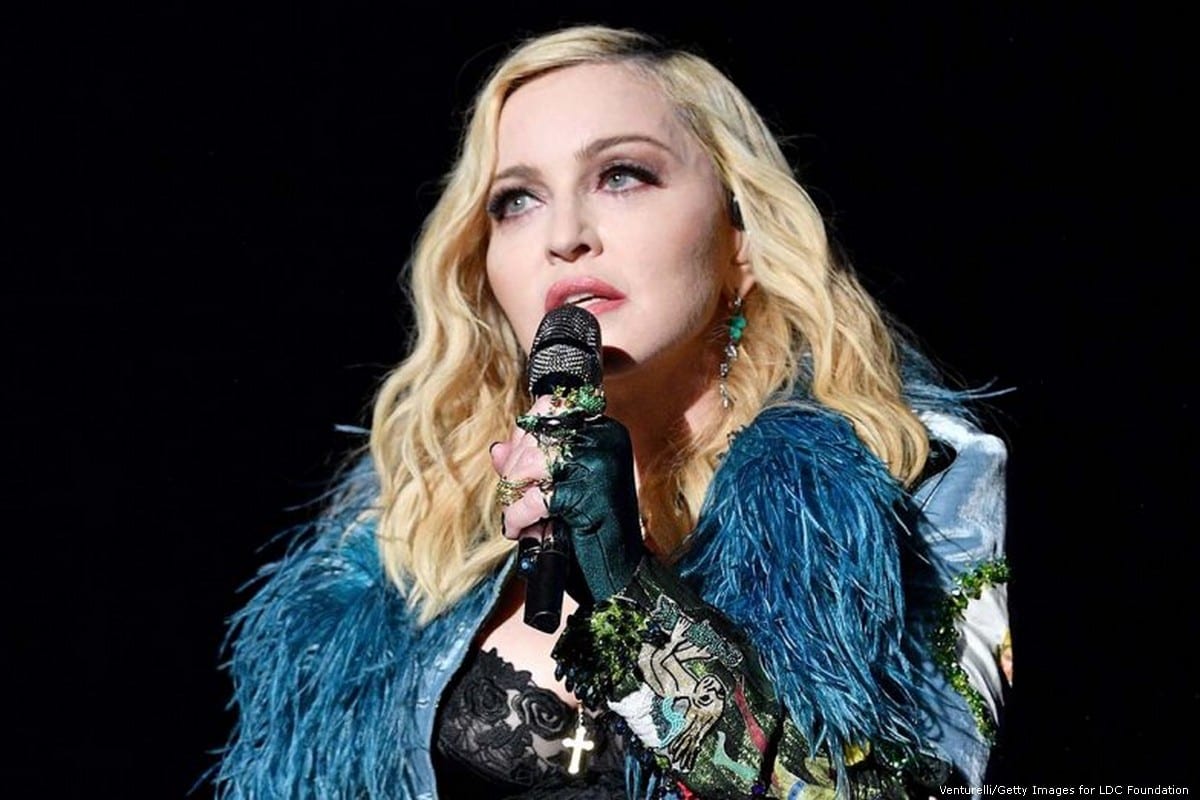 American singer, songwriter and actress Madonna expressed solidarity with Palestine over the weekend in a series of Instagram posts protesting against the lack of the occupied Palestinian territories in Google maps, social media users have said. Madonna's solidarity with Palestine coincided with the promotion of a petition calling on Google to put "Palestine on the map", which more than a million people have signed.

The petition denounces Google for the fact that its decision makes it "complicit in the Israeli government's ethnic cleansing of Palestine." Israel, established on Palestinian land, is clearly designated, but Palestine does not appear on Google maps. "Why not?" the petitioners asked.

Images circulating on social media show Madonna sharing an image of the the map in question with Palestine missing, with a comment: "Google and Apple have officially removed Palestine from their maps". She has more than 15 million followers on Instagram. MEMO could not verify the authenticity of the screenshots and has not heard back from Madonna's team regarding the pictures.

It should also be noted that Google Maps did not previously have Palestine on the map – it had Gaza and West Bank as regions on the map, without ever defining Palestine as a country.

In a second post, the singer expressed her strongest ever solidarity with the Palestinian cause. The 61 year old demanded "Put Palestine back on the map" before adding, "#IStandWithPalestine".

A third post showed an image of Angela Davis alongside a quote from the icon of the American Civil Rights movement: "Black solidarity with Palestine allows us to understand the nature of contemporary racism more deeply."

Davis spoke recently about why the Palestinian cause is so central to the Black Lives Matter movement. She recalled how Palestinian activists had long supported Black Americans' struggle against racism, and that when she was falsely imprisoned in 1970 the solidarity from Palestine was a major source of comfort for her.

In the past, Madonna has not been as forthcoming with her support for the Palestinian cause. In 2019 she refused to boycott the Eurovision song contest, which was held in Israel. "I'll never stop playing music to suit someone's political agenda nor will I stop speaking out against violations of human rights wherever in the world they may be," she said in a statement at the time.

Note: This page was updated at 21.10 BST on 27 July 2020 to add that the petition is calling for the addition of Palestine to the maps, not "bring it back", as Palestine as a country did not appear in previous versions of Google Maps.