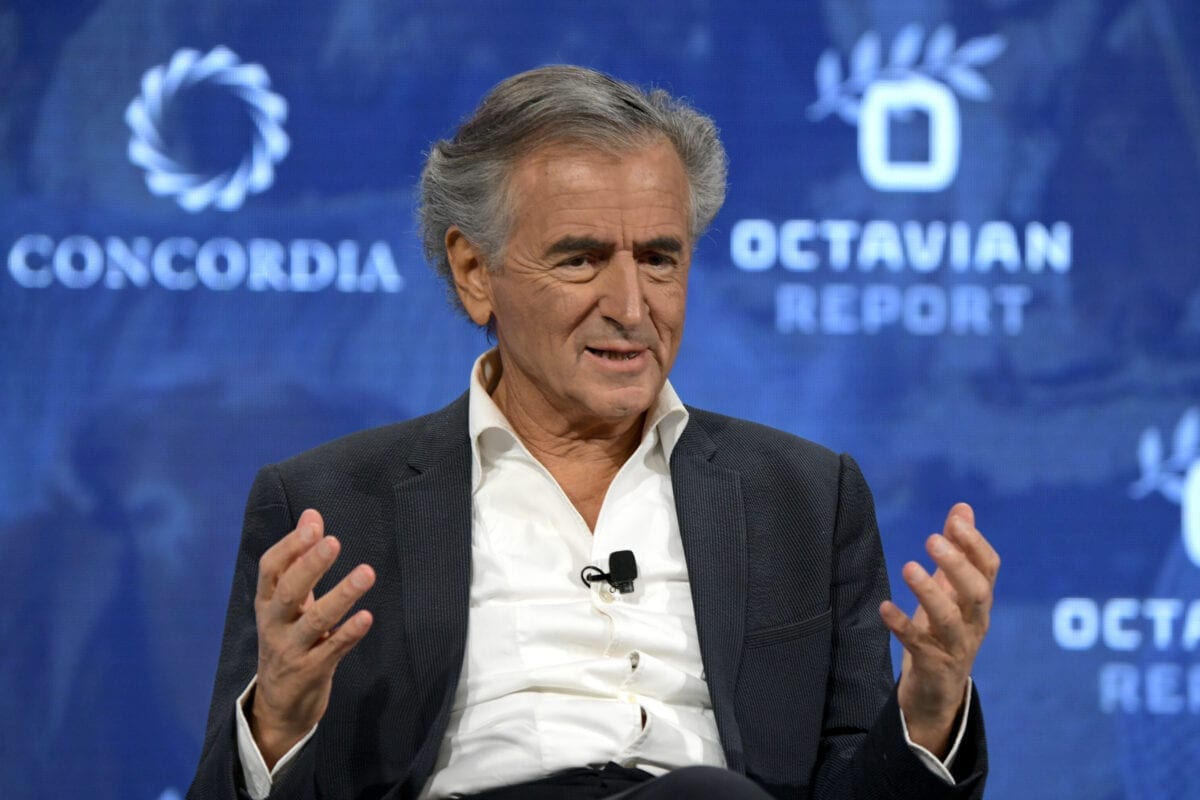 Levy, who championed the ousting of Libya's former leader Muammar Gaddafi, flew to the GNA-held city of Misrata via private jet, an airport source revealed.

Levy claimed he had travelled to the country in the capacity of a journalist to write a piece for US publication of The Wall Street Journal.

The controversial philosopher plans to visit the town of Tarhuna were scuppered by GNA-backed militias on Saturday after they stopped him from entering.

Levy posted pictures of himself on social media surrounded by masked gunmen in military uniforms, and claimed he had visited the "killing field" in Tarhuna, where it is believed that Khalifa Haftar's forces murdered civilians and buried them in a mass grave.

He wrote in the caption: "Just after my reportage on the killing fields. These are the true Libyan police who protect free press. So different from the thugs who tried to block my convoy on my way back to Misrata."

#Tarhuna. Just after my reportage on the killing fields. These are the true Libyan police who protect free press. So different from the thugs who tried to block my convoy on my way back to #Misrata. The full reportage will be published soon. pic.twitter.com/JYW1Aa5Y2V

He later claimed his report for the Wall Street Journal would be out soon.

It was reported in Libyan media that he had planned a trip to the capital of Tripoli in order to meet with Interior Minister Fathi Bashagha, a rumour that has been vehemently denied by the GNA's leader Fayez al-Sarraj.

Levy is well-liked in France, but however is widely disliked in the Arab world due to his being a staunch supporter of Israel.

France has been heavily criticised for the support it has given to warlord Haftar, whose forces are mainly confined to the east of the country.

The country is joined in its support for Haftar by the UAE, Egypt, Russia, and Saudi Arabia, as opposed to Turkey, Italy and Qatar who have thrown their weight behind the UN-recognised GNA, led by Al-Sarraj.