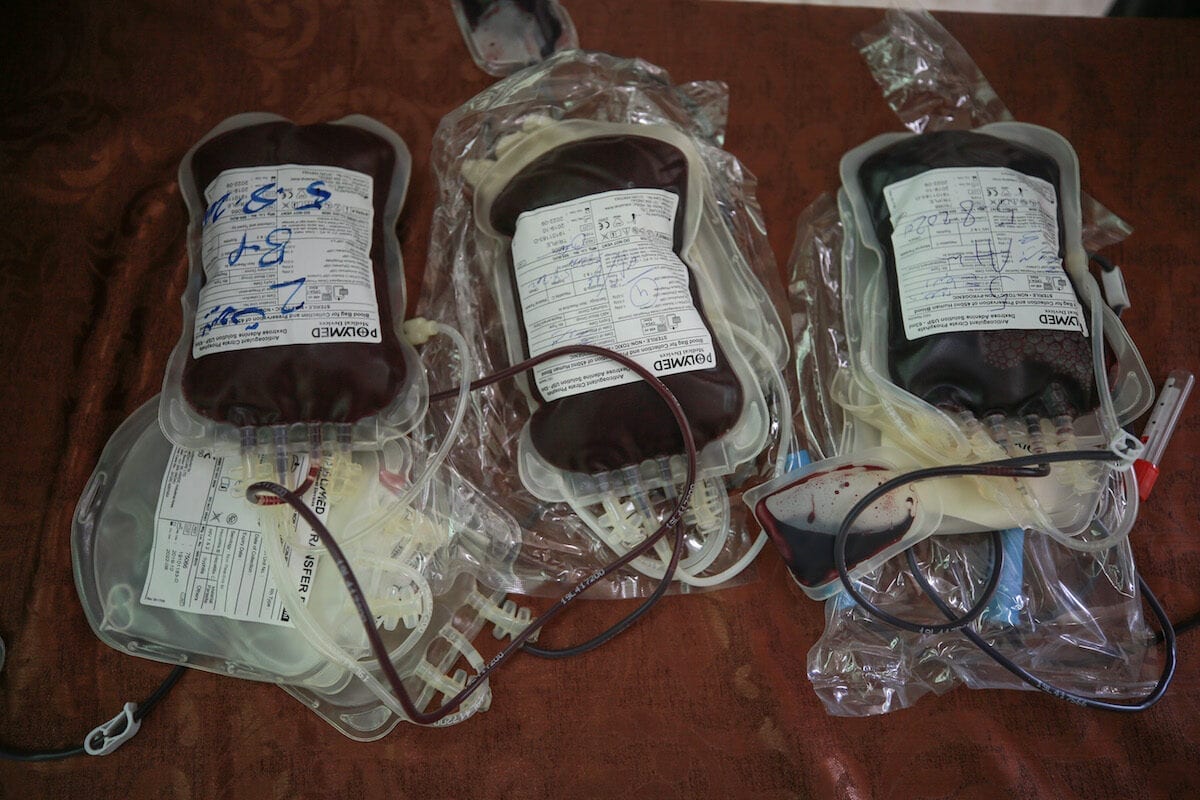 Palestinians organized a stand in solidarity with the Lebanese people, punctuated by a "blood donation" campaign for the wounded who were injured in the explosion, which occurred on Tuesday, in the port of Beirut, in Gaza on 5 August 2020 [Mustafa Hassona/Anadolu Agency]
August 6, 2020 at 5:00 am

The Palestinian Resistance Movement Hamas called on Palestinian refugees in Lebanon to donate blood to "their Lebanese brothers" in the wake of the massive explosion that occurred in Beirut on Tuesday.

Hamas Representative in Lebanon Ahmed Abdul-Hadi sent an urgent call for Palestinians to fulfil their duties towards Lebanese citizens affected by the explosion.

On Tuesday evening, a massive explosion hit the Port of Beirut and caused at least 113 deaths leaving more than 4,000 wounded, the Lebanese Ministry of Health confirmed.

Lebanese Prime Minister Hassan Diab declared Wednesday a day of national mourning in the aftermath of the explosion in the port vicinity.

The explosion caused immense damage to the surrounding areas, sending a huge cloud of red smoke over the city.

The cause of the explosion is yet to be confirmed and Lebanese President Michel Aoun announced that an investigation has been opened into the tragic incident.

Lebanese Information Minister Manal Abdel Samad Najd declared: "We insist on identifying the side responsible for the explosion and they will be held accountable."