Israel pushes to remove 'occupation' from the discourse, and Biden duly obliges 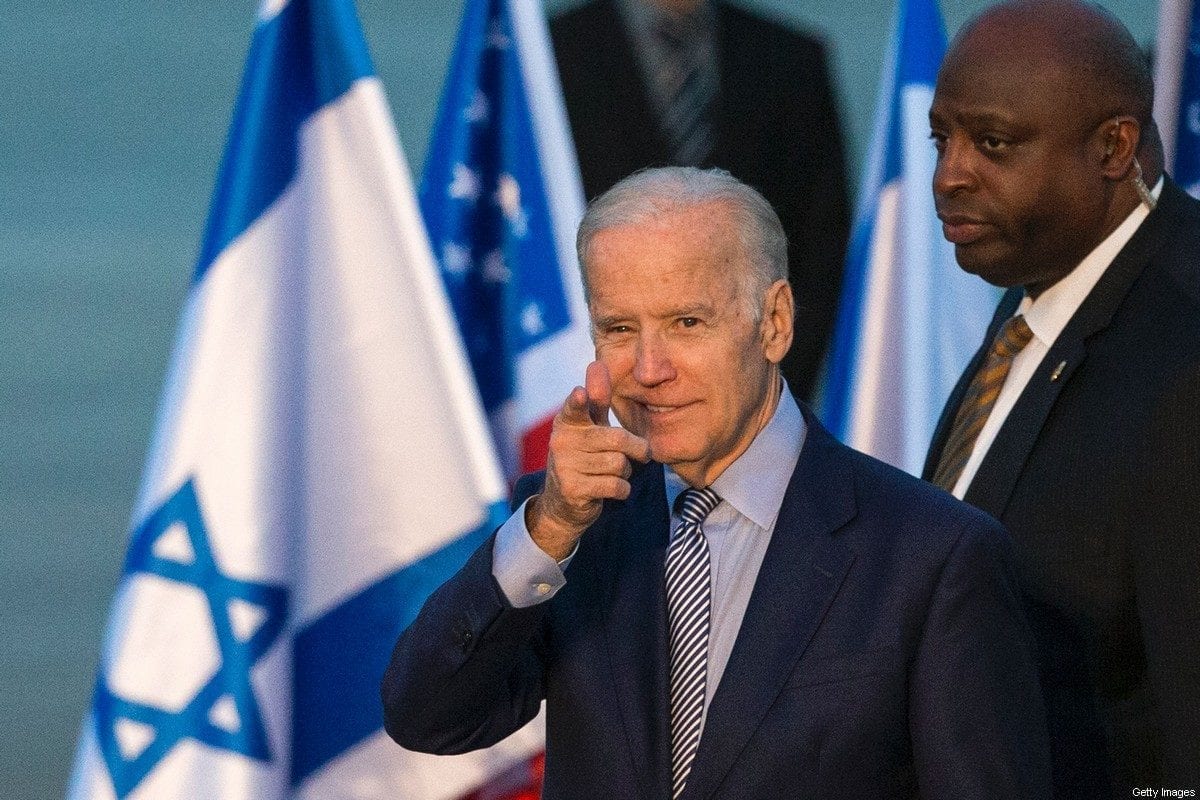 In perfect synchronisation with Israeli lobbying at an international level, pro-Israel organisations in the US have influenced Democratic Party presidential candidate Joe Biden to remove references to the "occupation" from the party's political platform. Biden's intervention to ensure this change was interpreted as influencing party policy; any reference to the occupation will now be counted as a move against Biden's position.

Prior to this intervention, Democrat progressives had "secured an agreement to include the word for the first time," the Times of Israel reported.

The US and Israel have striven to alter global perceptions when it comes to the Zionist state's colonisation and military occupation of Palestine. At the UN, their officials have, on several occasions, raised objections to Israel being described as "the occupation". It is a pity that the international community and indeed, the Palestinian Authority, failed to grasp the opportunity to point out that Israel and the US are partly right: Israel is not just "the occupation"; it is a settler-colonial enterprise in Palestine that is enforced by military occupation.

Similarly, Israel has also been objecting recently to references to "annexation". Since its hijacking of the Biblical narrative is interpreted as it having the title deeds to the land, Israel is allegedly just "formalising sovereignty" rather than annexing occupied Palestinian territory.

Biden has already stated that if he is elected as US president he will not reverse all of the incumbent Donald Trump's decisions, notably the relocation of the US Embassy from Tel Aviv to Jerusalem. This latest assertion – preventing the slightest, although not completely correct, definition of Israel from appearing in the party's political discourse — is further proof that the US narrative normalises Israel's illegal activities in Palestine.

Following Trump's unilateral decisions, Israel is influencing the US to take the lead in changing the "occupation" narrative. This would enable Israel to deflect any criticism coming from US politicians. In turn, Israel would have taken a step further towards normalising its own illegality and violations at an international level.

If Israel has come to a point where it can calmly lobby the US against using "the occupation", there is undoubtedly consensus at an international level that it has not only normalised Israel's colonisation, but also eliminated the colonial-settler narrative to the detriment of the Palestinian people.

The uncomfortable truth is that the international community has substituted colonisation for occupation, in much the same way that the PA embellishes its rhetoric. There would have been no military occupation of Palestine if Zionist colonisation hadn't appropriated Palestinian land and displaced the indigenous population. Yet both the PA and the UN seem to have come to a tacit agreement to omit the most important defining factor. Palestinians have been colonised and the PA, as well as the international community, are preventing this narrative from forming the basis for political and punitive measures against Israel.