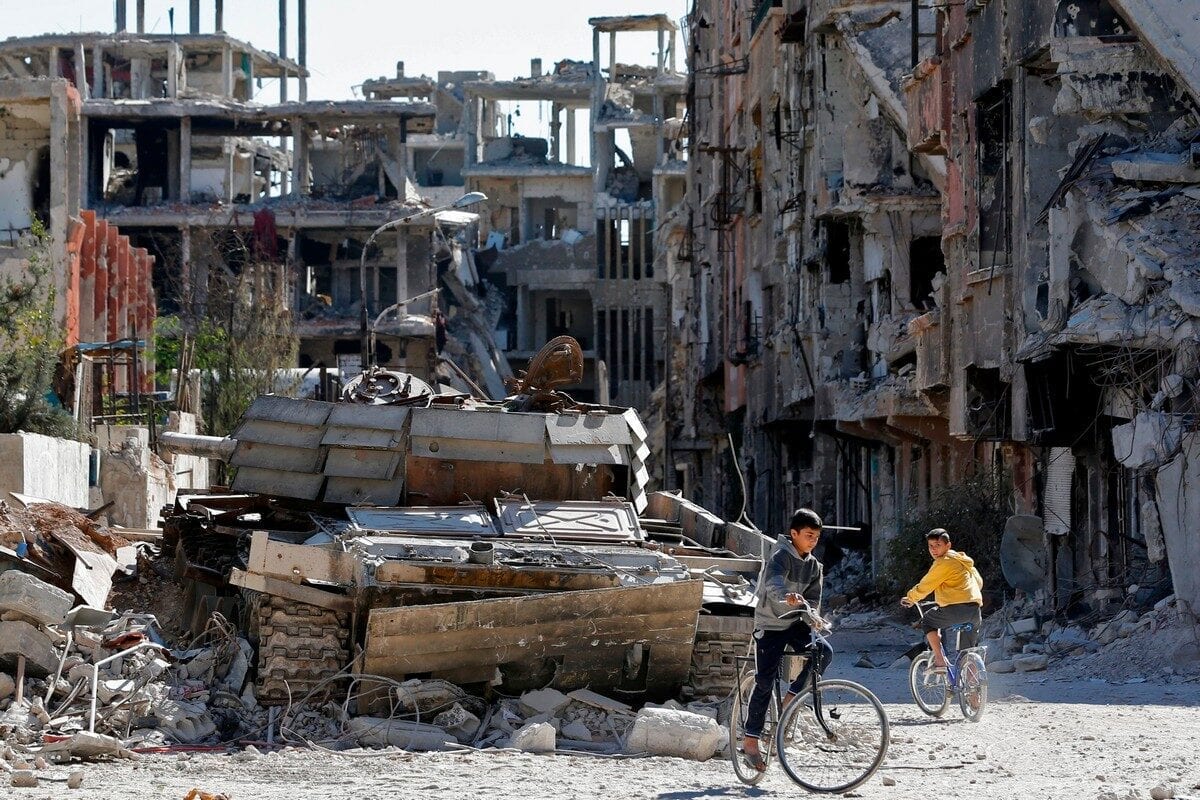 Boys ride their bicycles in a street near destroyed buildings in the Palestinian camp of Yarmuk in Damascus, Syria on 1 November 2018 [LOUAI BESHARA/AFP/Getty Images]
September 1, 2020 at 10:45 am

There are more than 1,800 forcibly disappeared Palestinians, including women and children enduring the worst torture and suffering inside Syrian regime prisons, Shehab news agency reported a new report showing.

According to the Task Group for Palestinians in Syria, there are 1,797 forcibly disappeared Palestinians inside Syrian regime prisons in addition to 620 victims who died as a result of torture.

On the International Day for the Forcibly Disappeared Persons, which is marked on 30 August, the Task Group said many families of Palestinian refugees refuse to release information about their forcibly disappeared or dead sons fearing arrest and interrogation by the Syrian regime.

The organisation said that these people are subject to daily torture in secret detention centres that lack the basic healthcare.

It called on the Syrian regime to release these people or release information about them, stressing on the importance of revealing who was killed and who is still alive.

In addition, it stressed on the importance of releasing details of the burial places of those who have died in detention.

Palestinians of Syria: The Story of Unending Suffering