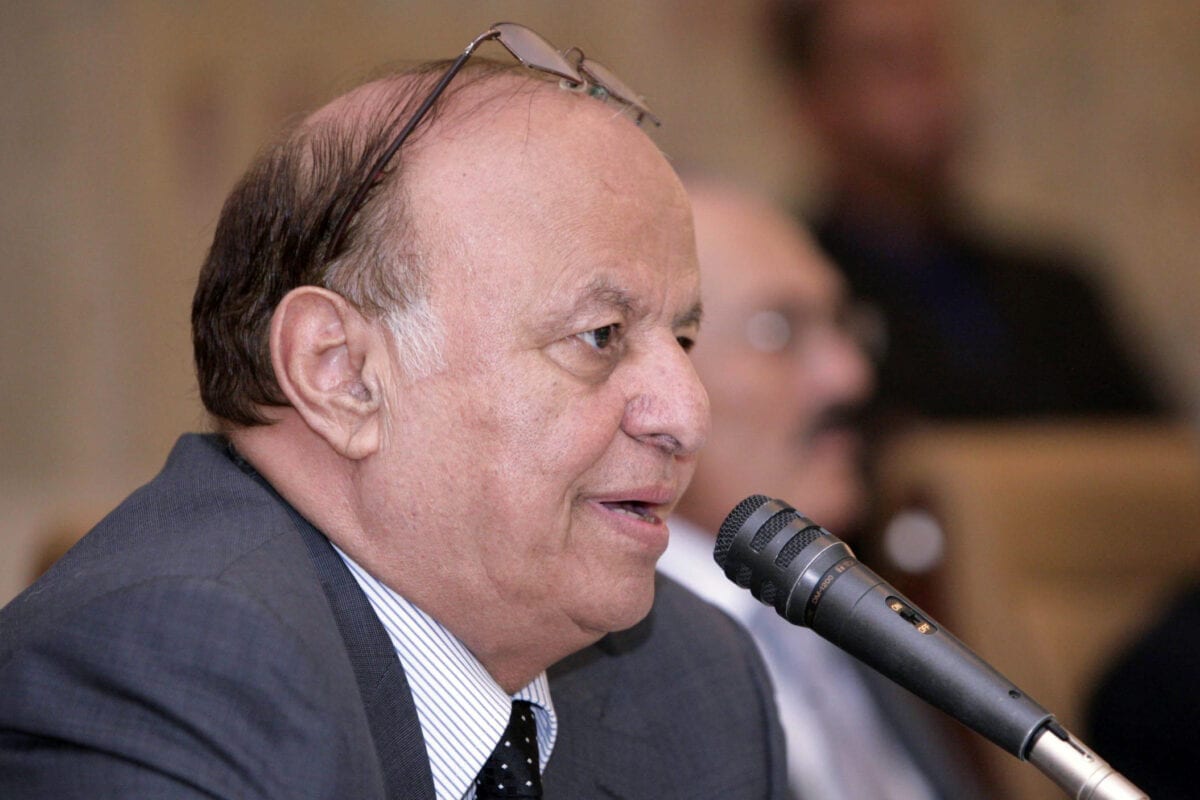 Yemeni President Abdrabuh Mansur Hadi speaks during a meeting with President Ali Abdullah Saleh and leaders of the ruling party in Sanaa on December 7, 2011 [-/AFP via Getty Images]
September 7, 2020 at 4:33 pm

The internationally recognised Yemeni government announced that its forces had pushed back fighters associated with the Houthi group in a number of governorates.

Al-Waeli stated that the battles resulted in "the killing and wounding of dozens" of Houthi forces, in addition to losses in equipment, including the destruction of three vehicles and seven crews and combat vehicles.

The Houthis have yet to comment on the announcement.

READ: Yemen president Hadi returns to Riyadh after medical treatment in US