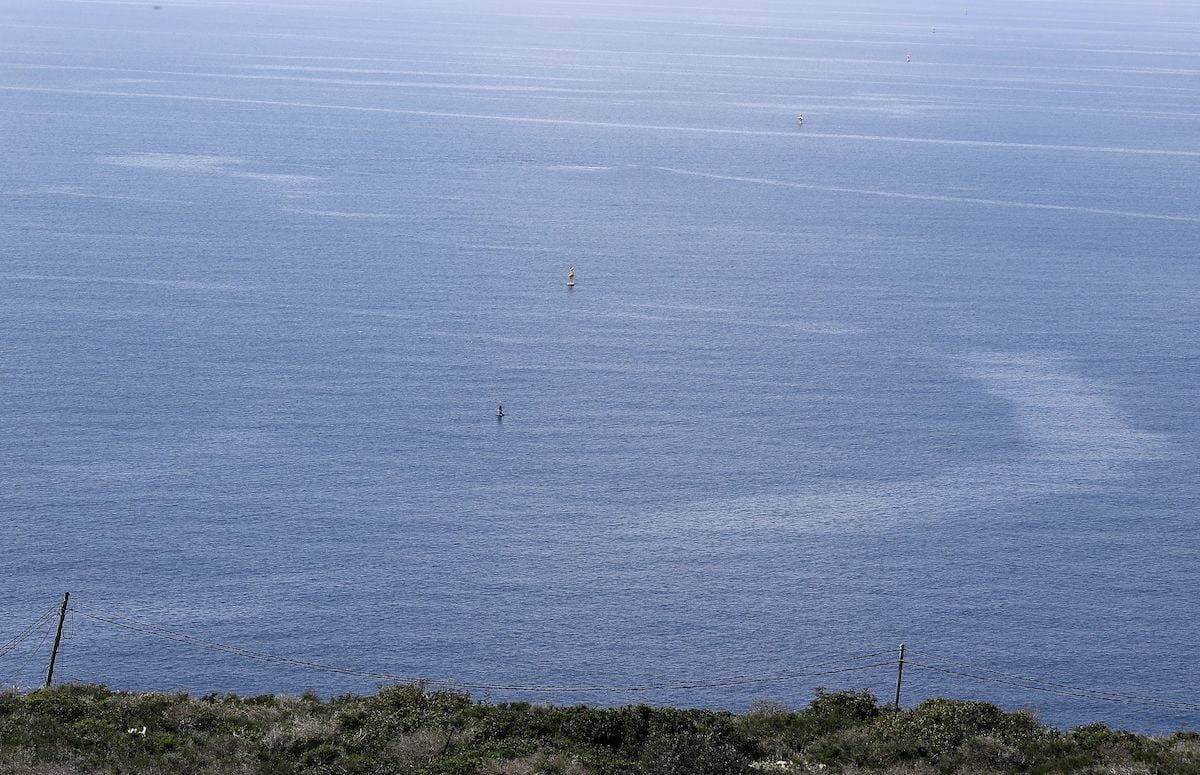 A picture taken on February 24, 2018 from Lebanon's southern border town of Naqura on the border with Israel, south of Beirut, shows the maritime boundaries between Lebanon and Israel. [JOSEPH EID/AFP via Getty Images]
September 10, 2020 at 3:00 am

US Assistant Secretary of State David Schenker announced on Tuesday that Lebanon and Israel are "getting closer" to a framework deal on the demarcation of maritime borders.

In a meeting with reporters conducted via telephone, Schenker told journalist and editor Marlene Khalife of the Lebanese Masdar Diplomacy that he attributed the reason for not reaching a framework for the agreement to there being no government in the country.

"I don't think there's anybody in the government," he answered when asked by Khalife about the obstacles encountered when reaching the framework agreement.

However, he clarified: "I certainly haven't said that we have reached an agreement on the maritime and land border framework yet. I think we're getting closer. We've engaged a bit on this."

Schenker added: "We spent a year shuttling back and forth between Lebanon and Israel to try and get what is actually only a framework agreement, that is, an agreement which provides the framework for actually starting to negotiate on the borders."

READ: Macron is doing his best to win Lebanon back for colonial France

The US official continued: "I think that this framework is important, but this should have been completed a long time ago. I'm not going to get into the details on what's holding it up, but I hope to be able to come over to Lebanon and then sign this agreement in the coming weeks."

In 2019, Israel revealed that it had agreed on starting US-mediated talks with Lebanon to resolve the disputed maritime borders.

In August, Speaker of the Lebanese parliament Nabih Berri disclosed that the US-brokered talks over the maritime borders with Israel were nearing conclusion.

At the centre of the dispute is Block 9, a gas field whose location is debated between the states, further complicating the issue of maritime boundaries between Israel and Lebanon.