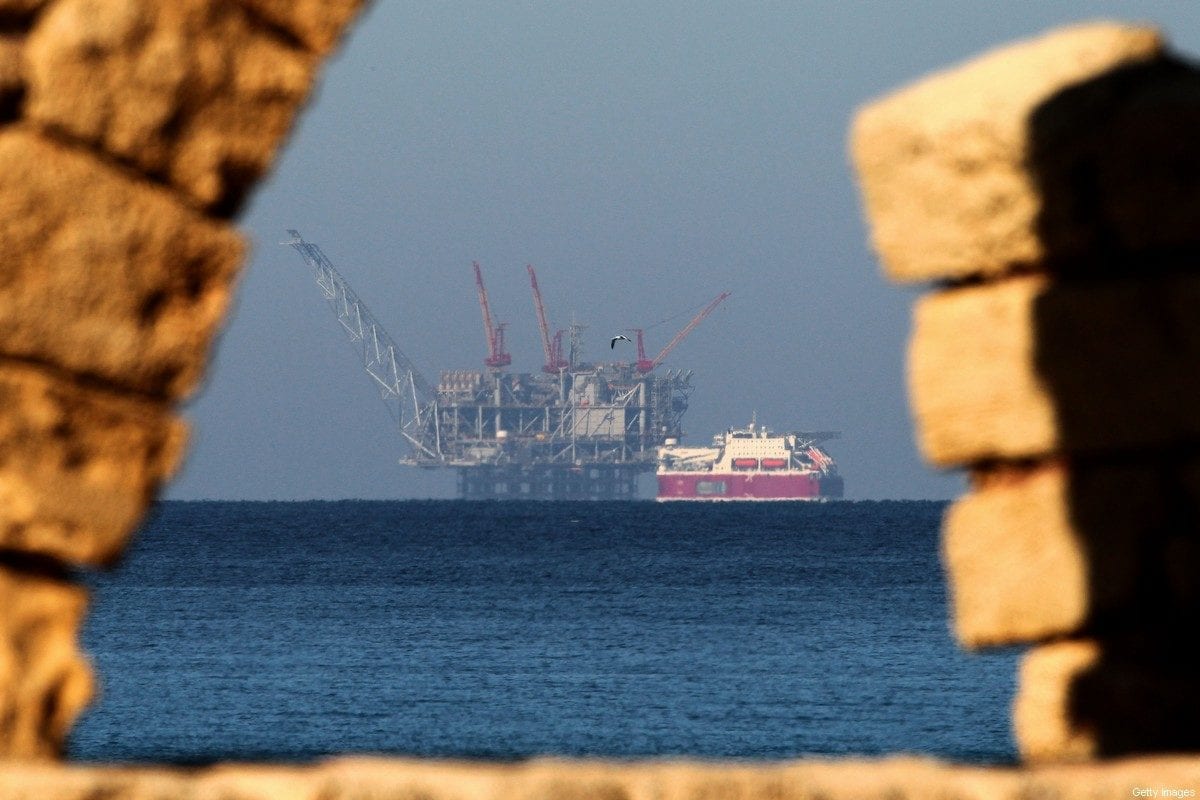 A view of the platform of the Leviathan natural gas field in the Mediterranean Sea is pictured from the Israeli northern coastal city of Caesarea on 19 December, 2019 [JACK GUEZ/AFP via Getty Images]
June 30, 2020 at 10:28 am

Israel's decision to start oil and gas explorations in a disputed area along the border with Lebanon is "extremely dangerous", Lebanese President Michel Aoun warned yesterday.

"Lebanon will not allow any violation of its internationally-recognised territorial waters especially in the Exclusive Economic Zone where Block 9, which will be explored by Lebanon within a month, is located," Aoun said during a meeting with the Patriarch of the Melkite Greek Catholic Church, Youssef Absi, stressing that the Israeli move would "complicate the situation further".

Hebrew media recently reported that the Israeli government had approved an oil and gas exploration near Block 72 – formerly known as "Alon D". The decision has sparked concerns in Lebanon about the possibility of an armed conflict between the two countries.

Block 72 is located near Lebanon's Block 9 gas fields, where Beirut plans to begin explorations within the next few months under a contract with France's Total. The two blocks are located along the border of disputed waters between the two countries.

Lebanon's marine reserves were estimated at 865 million barrels of oil, and 96 trillion cubic feet of natural gas, according to official data. The Arab country has an unresolved maritime border with Israel that involves a triangular sea area of about 860 square kilometres extending along the edge of three of its ten offshore energy blocks.

US calls for resuming talks on Lebanon-Israel sea border demarcation