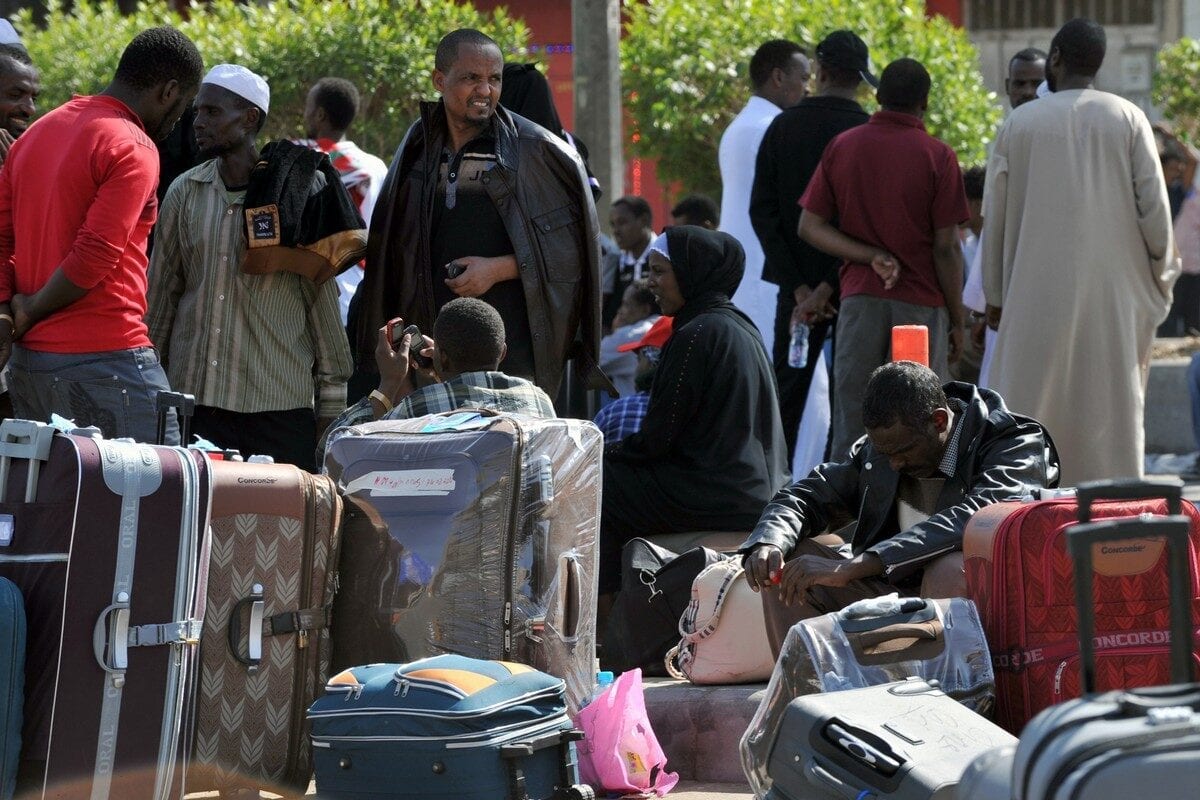 Foreign workers wait with their belongings before boarding police buses transferring them to a deportation centre in Riyadh, Saudi Arabia on 14 November 2013 [FAYEZ NURELDINE/AFP/Getty Images]
September 16, 2020 at 3:04 pm

Further details have emerged of the horrific treatment meted out to African migrants by Saudi officials in the second report in a month by the Telegraph exposing the "slave" like treatment of thousands of Ethiopians stranded in the kingdom.

About 16,000 migrants are being held in just one Saudi centre, Ethiopia's Consul General in Jeddah Abdo Yassin said adding that it was "just the tip of the iceberg".

"Jeddah has over 53 prisons. Ethiopians are held in every one of them," Yassin is reported saying in the Telegraph. "If you take the one at Al Shumaisi…located around 60km from Jeddah, there are about 16,000 Ethiopians kept in the prison and the holding cells." Al Shumasi detention centre is near the holy city of Makkah.

Yassin's comments shed further light on the gruesome treatment of African refugees in Saudi Arabia, which was exposed earlier this month. Hundreds, if not thousands of black African migrants are locked up in squalid conditions in Saudi Arabian coronavirus detention centres, reminiscent of Libya's slave camps, according to an investigation by the Sunday Telegraph.

There has been mounting pressure ever since for the Ethiopian government in Addis Ababa to repatriate the migrants stuck in the centres. Last week, nearly 150 women and children are said to have been repatriated to Ethiopia from Saudi Arabia.

READ: The African refugees and migrants trapped inside Yemen's war

However, details uncovered by the Telegraph have shown that migrants had to purchase their own one-way tickets home from Ethiopian Airlines: something that the vast majority of impoverished migrants cannot do.

To make matters worse, the Ethiopian embassy in Riyadh announced on Monday that Saudi immigration authorities had voided the agreement, leaving Ethiopian migrants with no remaining avenues to escape the kingdom.