'Armenia to bring mercenaries from Greece to fight' 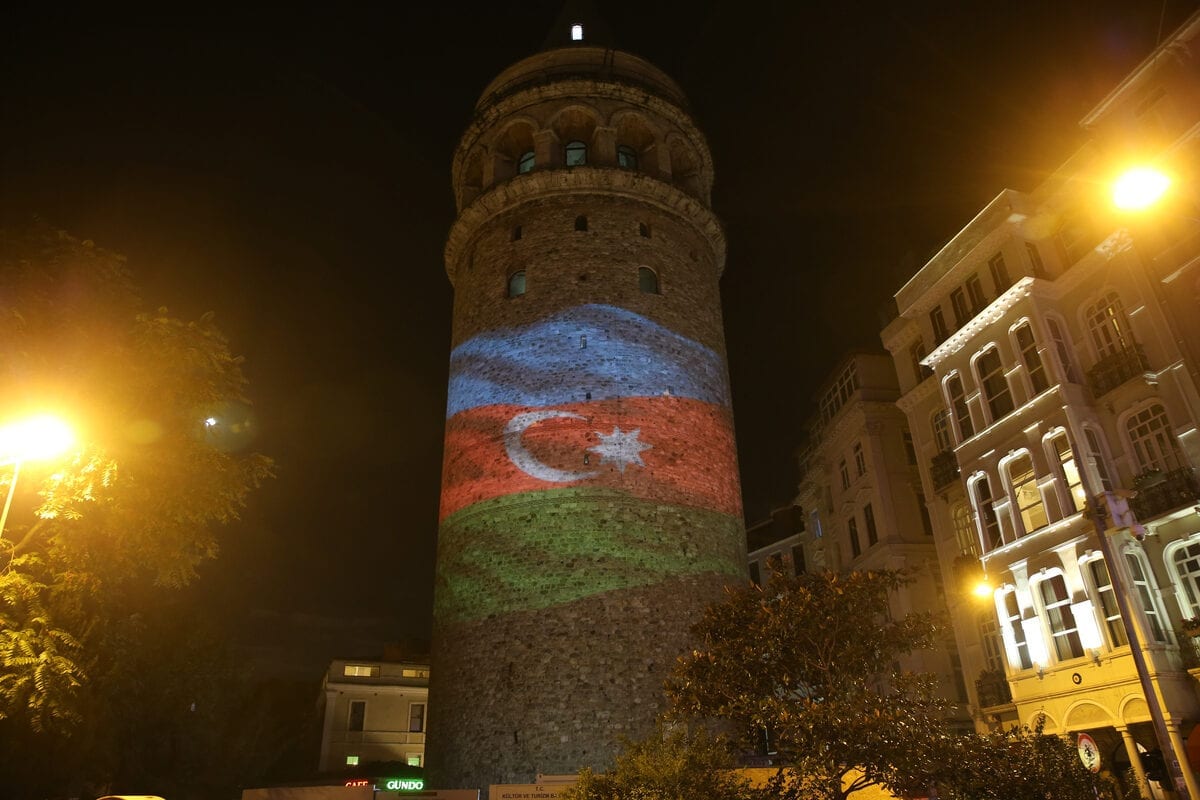 Galata Tower is illuminated with the flag Azerbaijan as an indicator of unity and solidarity in Istanbul, Turkey on September 29, 2020 [Yasin Aras - Anadolu Agency]
October 2, 2020 at 5:56 pm

Armenia will bring mercenaries of Armenian origin from Greece to fight in the occupied territories of Azerbaijan, the country's top official said on Friday, Anadolu Agency

Hikmet Hajiyev, the assistant to the president and foreign policy chief for Azerbaijan's presidency, said they obtained information that people of Armenian origin from some Western countries will come to fight against Azerbaijan as fighters and mercenaries.

"We call on those states to stay away from such provocations against Azerbaijan and to take measures. Citizens of these countries will become targets if they participate in military operations," he said.

Hajiyev also called upon foreign journalists working in the locations of Armenian forces, adding that they are illegally staying at the occupied areas.

Noting that Armenia deliberately brought foreign journalists to these regions of intense conflict, Hajiyev said the Yerevan administration would be responsible for their safety.

'We were deceived', says Syria mercenary fighting in Azerbaijan

He also emphasized that the Armenians committed cyber attacks from abroad against Azerbaijan.

"They carry out cyber attacks on the information space of Azerbaijan. This problem must be resolved and the relevant authorities must take necessary measures in this regard," he added.

Azerbaijan's parliament declared a state of war in some of its cities and regions following Armenia's border violations and attacks in the occupied Upper Karabakh, also known as Nagorno-Karabakh, region.

On Sept. 28, Azerbaijan declared partial military mobilization amid the clashes.