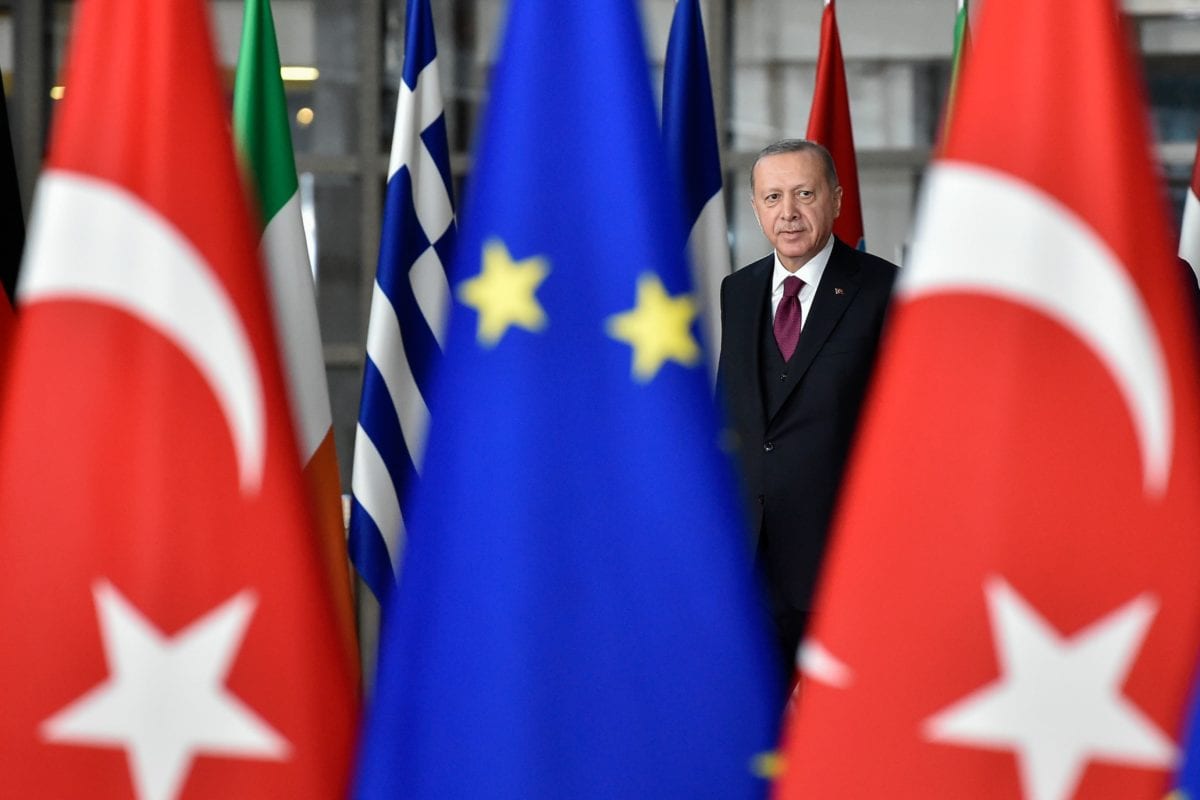 Turkish President Recep Tayyip Erdogan arrives before a meeting with European Commission President and EU Council President at the EU headquarters in Brussels on 9 March, 2020 [JOHN THYS/AFP via Getty Images]
October 6, 2020 at 7:00 pm

The European Union's executive said on Tuesday that Turkey's government was undermining its economy, eroding democracy and destroying independent courts, leaving Ankara's bid to join the EU further away than ever.

Blaming "excessively" centralised presidential power for deteriorating conditions in freedom of speech, prisons and the central bank, the European Commission said the government was also exposing Turkey to "rapid changes in investors' sentiment".

"The EU's serious concerns on continued negative developments in the rule of law, fundamental rights, and the judiciary have not been credibly addressed by Turkey," the Commission said in its annual report on the country.

"Turkey's (EU) accession negotiations have effectively come to a standstill," it said.

A NATO ally, Turkey has been negotiating its EU membership since 2005 after economic and political reforms that made it an important emerging market economy and trade partner.

Although never easy because of disputed Turkish claims over Cyprus, talks rapidly unravelled after a failed coup in Turkey in July 2016 and President Tayyip Erdogan's ensuing crackdown on perceived opponents.

"In Turkey, the serious backsliding observed since the 2016 coup attempt continued," the Commission said.

There was no immediate comment from Turkey. Ankara has said in the past that EU criticism is unfair and disproportionate.

Turkey has since faced several years of harsh Commission reports, and the EU executive once again intensified its criticism, citing monetary policy, public administration, and widespread corruption as failures of the Turkish government.

While the EU, Turkey's biggest foreign investor, relies on the country to house some 4 million Syrians fleeing civil war rather than let them proceed to Europe, Brussels also reiterated its threat to impose economic sanctions on Ankara over an energy dispute in the Eastern Mediterranean.

EU leaders agreed last week to consider sanctions if Turkey continued to explore for oil and gas in waters claimed by Greece and Cyprus.

"In case of renewed unilateral actions or provocations in breach of international law…, the EU will use all the instruments and the options at its disposal," the report said.

OPINION: Brexit provides a win-win opportunity for Turkey and the UK