Remembering the attempted coup in Turkey 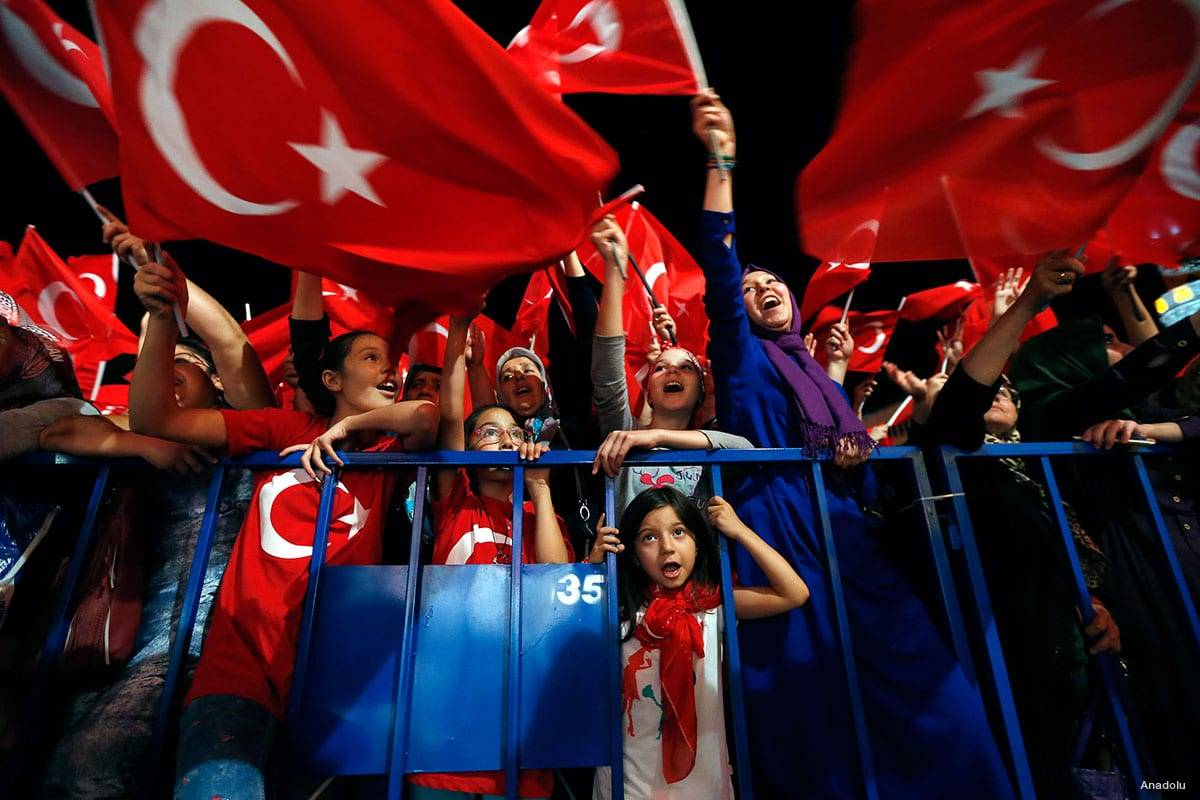 Anti-coup protesters came out in their thousands in support of President Recep Tayyip Erdogan following the failed military coup of July 15th, 2016 [Middle East Monitor]
Hanaa Hasan
July 15, 2017 at 8:05 am

On this day in 2016, the Turkish military attempted to overthrow the ruling Justice and Development party (AKP) and its leader, President Recep Tayyip Erdogan. Whilst the coup was unsuccessful, it was the bloodiest in Turkey's history and its impact can still be felt strongly in the country a year on.

What: Attempted military coup
Where: Turkey
When: 15 July 2016

Late on Friday night, tanks rolled onto the streets of the Turkish capital Ankara and the country's biggest city Istanbul. Local media reported road closures, leading to fears of another terrorist threat, following an airport attack just days before. But the nature of the crisis was soon revealed as gunshots that were heard outside the Presidential Palace and vehicles which blocked both entrances to the Bosphorous Bridge in Istanbul.

As the night progressed, Turkish fighter jets bombed the parliament building and the Presidential Palace. Military forces also entered the offices of the ruling Justice and Development party (AKP) and evacuated it. On the streets, coup military forces enforced Marshall Law and put a curfew in place.

At midnight, coup forces entered the offices of Turkish television broadcaster TRT and forced news anchors to read a statement, which read: "The democratic and secular rule of law has been eroded by the current government" and Turkey was now lead by the Peace at Home Council that would "reinstate constitutional order, human rights and freedoms, the rule of law and general security that was damaged". TRT was then taken off air.

With access to social media sites blocked, President Recep Tayyip Erdogan, who had been holidaying in Marmaris at the time, took to Facetime to address the nation in a broadcast aired on CNN Turk. He condemned the coup as an attack on democracy and urged people to defy the curfew and stand against the military's offensive.

Armed with nothing more than household utensils, thousands of ordinary citizens heeded his call and took to the streets and squares of Turkey's cities in a show of resistance.

At first it looked like Turkey would be facing its fourth coup in its 95 year history, but within a few hours, the Turkish National Intelligence Unit claimed the coup was over, after soldiers surrendered in the face of civilian crowds and loyalist forces. During the clashes over 300 people were killed and a further 2,100 injured. Some 2,839 military officers were detained that night.

Erdogan was quick to accuse Fethullah Gulen, a Turkish preacher and leader of the Hizmet organisation, of being the mastermind behind the coup. Upon his arrival in Ankara in the early hours of Saturday, Erdogan delivered a speech from the airport making reference to "those in Pennsylvania", where Gulen currently resides. He later renewed his calls for then US President Barack Obama to extradite Gulen to Turkey, which was denied.

Erdogan has long accused Gulen of attempting to use his followers in the judiciary and military to undermine Turkey's government.

To this day Gulen denies any involvement in the coup, but has warned against what he views as Turkey's descent into a dictatorship. In June of this year, Turkish authorities stated they would strip Gulen of his citizenship if he did not return to the country within three months.

The event did serve to unite the Turkish political spectrum, as national intelligence and security agencies condemned the coup, and opposition parties released a joint statement denouncing the "unparalleled attack on Turkish democracy".

In the days after the coup, the government declared a three-month long state of emergency, which was then extended thrice more. In the following weeks mass arrests took place of those suspected to have been involved in the planning of the coup. According to Al Jazeera, as of December 2016 more than 100,000 people have been sacked or suspended and 37,000 arrested in an unprecedented crackdown. The trials of those involved continue, as does the closure of universities and other institutions suspected of having links to Gulen.

The Western reaction to the coup, and to the subsequent action taken by the government against all accused of being connected with it, was mixed.

Whilst Obama initially condemned the coup and praised those who had stood against it, relations with the US deteriorated in the following days, especially after its refusal to extradite Gulen.

Most European leaders waited for the coup's failure to make a statement of support in favour of Turkish democracy. Since then, relations with Europe have dwindled, leading to continued uncertainty as to Turkey's prospects of joining the EU in the near future.