Sudan: Crisis in the east of the country is 'complicated' 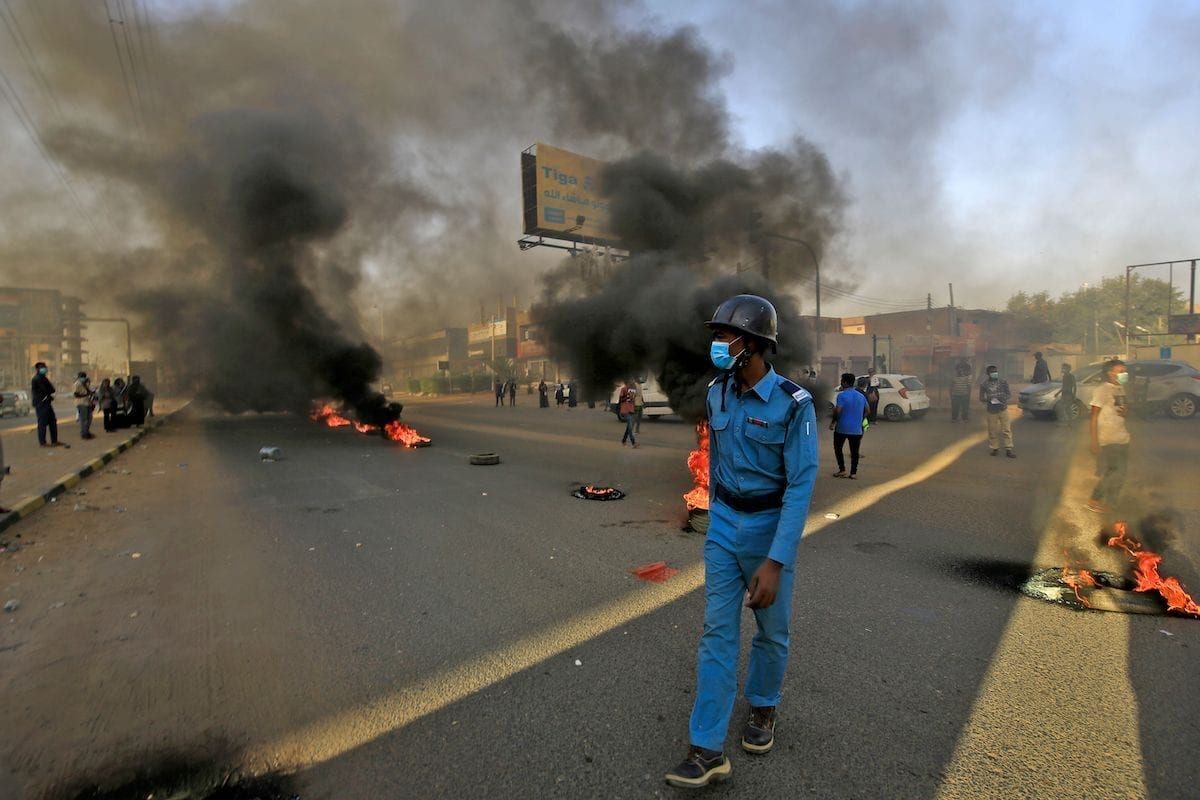 A mask-clad policeman walks near tires set aflame by Sudanese protesters marking the first anniversary of a raid on an anti-government sit-in, in the Riyadh district in the east of the capital Khartoum on 3 June 2020. [ASHRAF SHAZLY/AFP via Getty Images]
October 8, 2020 at 9:23 am

The Sudanese government on Tuesday said the crisis in the east of the country "is complicated due to intelligence and international dimensions," Al-Watan Voice reported.

The Sudanese Security and Defence Council said in an emergency meeting that the East suffers from "deeply rooted" crises.

This comes as tensions continue in the Red Sea state where the container sea terminal in Port Sudan city was shut down.

On Sunday, protests against a peace deal signed by the government in Khartoum and groups from across the country led to the closure of the seaport, TRT reported.

The deal, ratified on Saturday in the South Sudanese capital, Juba, focussed on resolving conflicts in the Darfur region and the southern states of the Blue Nile and South Kordofan.

Groups from other regions also signed, but some in the east say the two factions that participated from their areas do not represent political forces on the ground.

Workers at the terminal, Sudan's main sea terminal for containers, and at Suakin port to the south, were on strike over the peace deal, said Aboud El-Sherbiny, head of the Port Sudan Workers Union.

"We demand the cancellation of the Eastern Track that was signed in Juba because this track expresses an external agenda," he said, stressing they "will take escalatory steps if this demand is not met."