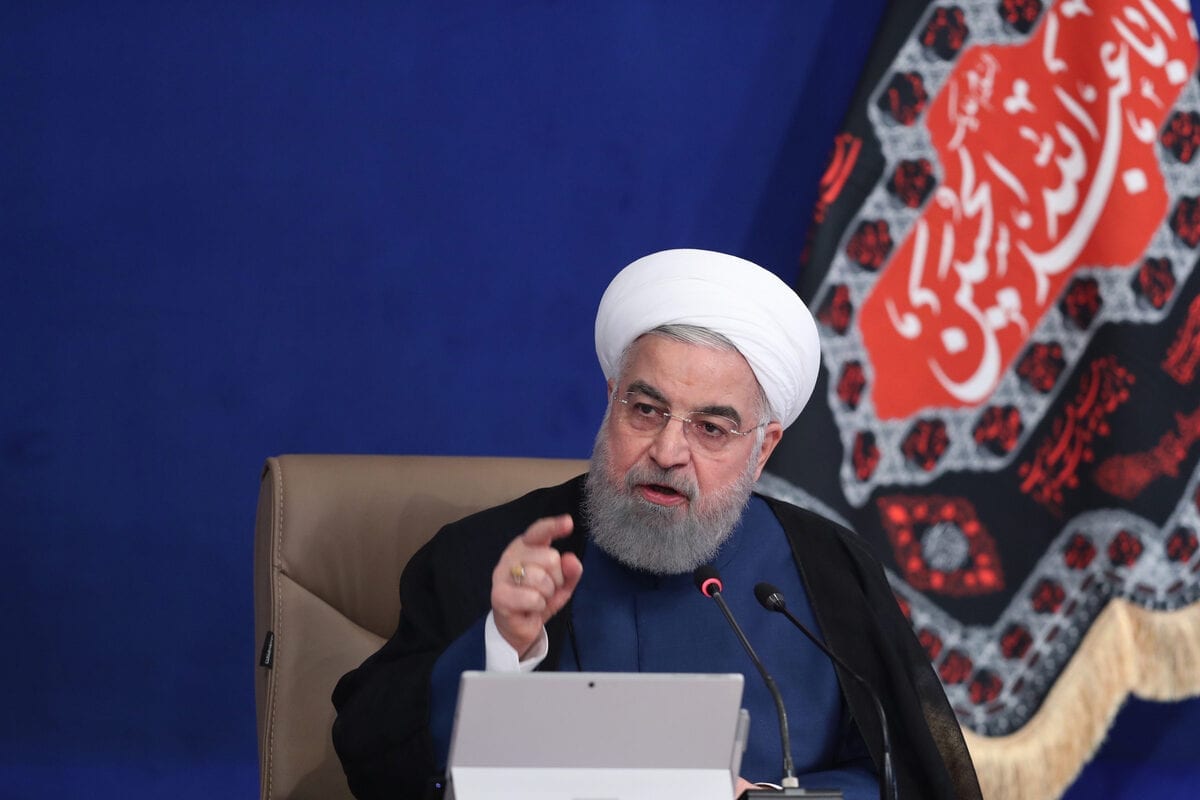 Iranian President Hassan Rouhani makes a speech on the conflicts in Nagorno-Karabakh during the Council of Ministers Meeting in Tehran, Iran on 7 October 2020. [Iranian Presidency - Anadolu Agency]
October 9, 2020 at 11:30 pm

Downplaying the impact of new US sanctions on Iranian banks, Iran's President Hassan Rouhani on Friday said the move is a "political propaganda" to appease domestic audience in the US, Anadolu reports.

"Americans cannot break the resistance of the Iranian people by creating obstacles and problems in the supply of medicine and food," Rouhani noted, in his conversation with Abdolnasser Hemmati.

The remarks came a day after the US government announced fresh sanctions targeting 18 Iranian banks under its "maximum pressure campaign".

The move, which comes weeks before the presidential election in the US, aims to cut the remaining financial channels between Tehran and the world by blacklisting Iran's entire banking sector.

The US Treasury Secretary Steven Mnuchin said the move seeks to block Iran's access to US dollars. "Our sanctions program will continue until Iran stops its support of terrorist activities and ends its nuclear program," he said in a statement.

Rouhani, terming the move "cruel and inhumane", said the US government has "done everything it can" against the people of Iran, but the actions have failed to break their resolve.

READ: A China-Iran deal could provide Pakistan with windows of opportunity

"Time has shown that such actions have proved ineffective," he remarked, while in the same breath urging the world community to condemn the US action.

In his remarks, Hemmati said the new US sanctions on Iran is a "political move" that will not have an "economic impact", while adding that such actions "would be recorded in the memory of Iranians".

Hemmati said despite the US maximum pressure campaign against Iran, they have managed to provide medicine and food to people, without allowing any shortage.

"The Central Bank, in coordination with the private sector, will make all efforts to continue providing food and medicine to people and we will not allow any pressure on people," he said.

He also said that the fresh sanctions do not invalidate the exemptions provided for humanitarian trade, which allows Iran to use SWIFT mechanism for purchase of essential commodities and medicine.

The fresh sanctions come at a time when Iran is grappling with the third wave of coronavirus, with new infections and fatalities touching record high every day.

The new sanctions have drawn condemnation from many senior Iranian officials. On Thursday evening, Foreign Minister Javad Zarif said the US administration seeks to "blow up our remaining channels to pay for food and medicine", adding that Iranians "will survive this latest of cruelties".