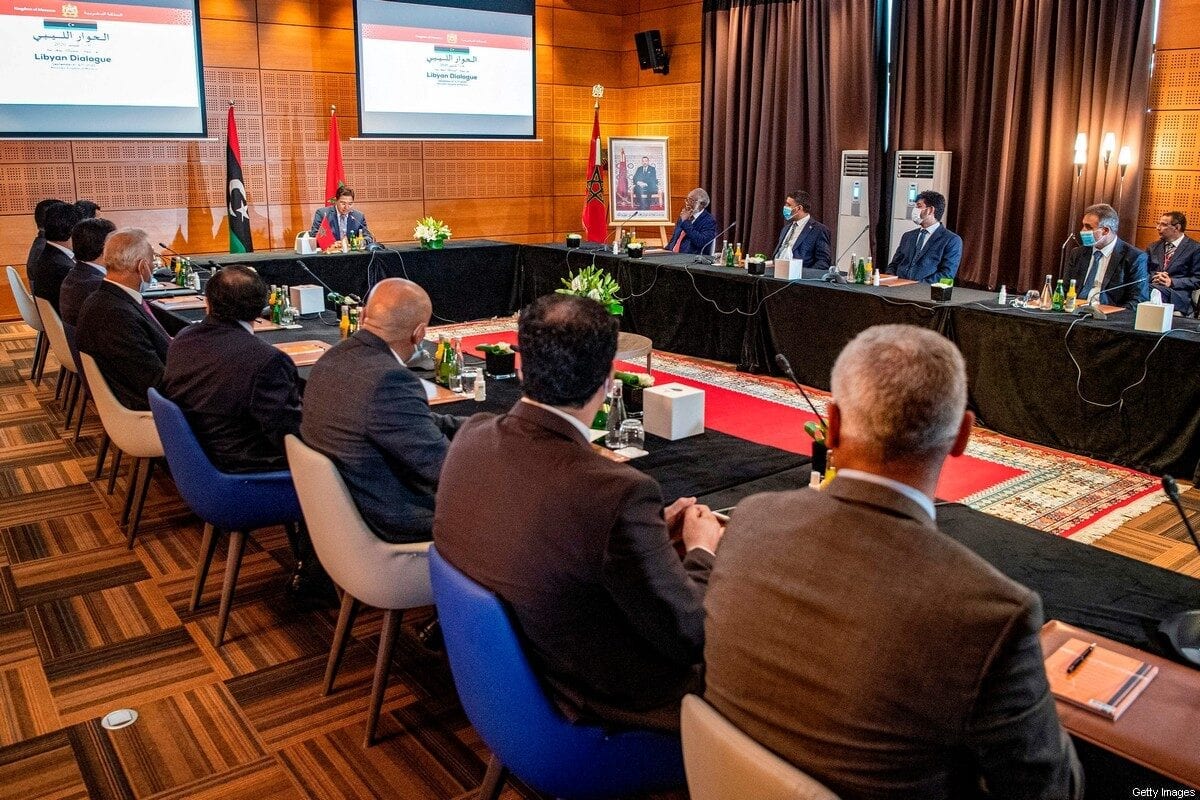 Nasser Bourita, Morocco's Minister of Foreign Affairs and International Cooperation, chairs a meeting of representatives of Libya's rival administrations in the coastal town of Bouznika, south of Rabat, on September 6, 2020 [FADEL SENNA/AFP via Getty Images]
October 12, 2020 at 2:12 pm

Meetings are being held in Cairo today between members of the High State Council and the eastern-based House of Representatives to reach a settlement for the country's conflict.

A member of the High State Council told Anadolu Agency on Saturday that the council formed a committee to discuss the "constitutional path" sponsored by the United Nations Support Mission in Libya. Egypt also sponsors the talks and hosts them in its capital, Cairo.

The High State Council member, who spoke to Anadolu Agency on condition of anonymity, added that the committee comprises ten members, including three from the Constitution Drafting Assembly attending as consultants.

READ: How the European Union betrayed Libya, and itself too

Another High State Council member, Nasser Matroud, told the Libya Al-Ahrar TV channel that the members of the council's dialogue committee have been distributed to engage in talks in three areas: The first is in Geneva and will be aimed at agreeing on a unity government.

The second is in Morocco where an agreement is hoped to be reached on senior positions in government. The third set of talks are held in Cairo and are concerned with the constitution.

Matroud added that the UN Support Mission will bring together in one session all participants in the three sets of negotiations so that a final settlement may be reached based on the outcomes of the three paths.