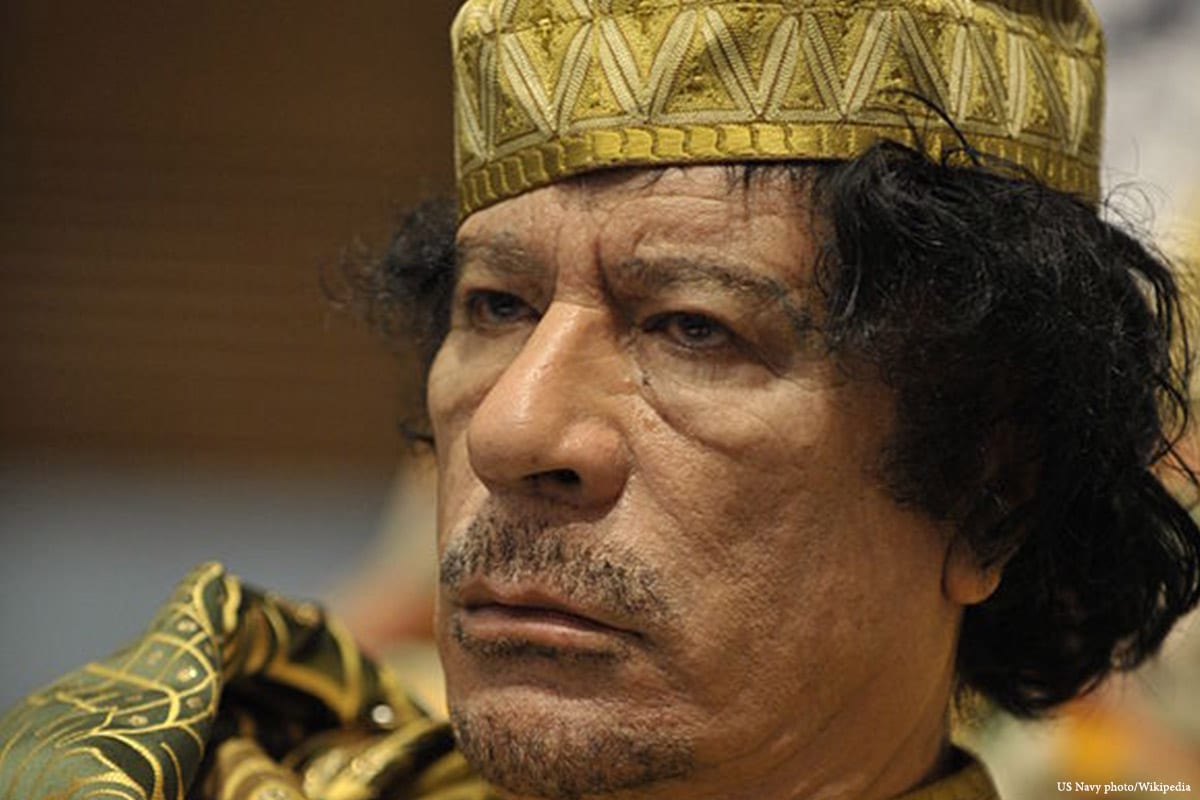 Abdul Jalil toldô Libya Alhadath TVô that he was not ashamed of seeking help from foreign forces to overthrow Muammar Gaddafi, saying that if he could turnô  back time, "I would have done everything in my power to overthrow him, even with the help of the Christians and Jews."

The Libyan official broke his silence to respond to parties who said that he "ordered the execution of Abd Al-Fattah Younis," former Libyan army chief, on 28 July 2011.

Abdul Jalil denied any involvement in the assassination, saying that whoever accuses him of that must present evidence to the competent bodies.

He accused Younis of collusion with the Libyan army and the former regime, alleging that his defection was merely a manoeuvre by the Libyan regime to reproduce the deep state in Libya.Abdul Jalil said in an interview withô Libya Alhadath TVô regarding Hilary Clinton's emails that the investigation launched against more than 26 suspects did not include him, indicating that he had been previously questioned in this case.

Boukhtalaô is one of the accused in the attack on the US embassy in Benghazi in 2012, which resulted in the death of four Americans including US Ambassadorô Christopher Stevens. Thus,ô heô was arrested later in Libya by US forces.

Major General Abdel Fattah Younis served as a senior military official and Minister of Interior during the Gaddafi era, before joining the popular movement in February 2011.

After leaking Clinton's emails, Younis' family revealed that the assassination case had been handed over to the International Criminal Court (ICC).

Clinton's emails stated that Abdul Jalil ordered the arrest of Younis, who was executed immediately after being placed in the custody of the NTC.

The leaked correspondence also revealed that Abdul Jalil and his supporters spread rumours about Younis' liquidation by pro-Gaddafi forces and integration within the NTC units, adding that there were no indications that the Libyan Prime Minister Mahmoud Jibril, Abdel Hafiz Ghoga, orô Abdessalam Jalloudô were involved in the general's execution.

The emails talked about the roles of Libyan personalities after the 2011 revolution, the positions of former PMô Abdurrahimô Al-Keib, former General National Congress (GNC) Presidentô Mohammed El-Megarif, and former PM Ali Zeidan, regarding the armed movements, the killing of the US ambassador by militias in Benghazi, and the negotiations with Saif Al-Islam Gaddafi before the overthrow of his father, in addition to the role of NATO, France, Britain and Egypt in the crisis.

At the time of his defection from the army on 20 February, 2011, Younis was named Minister of the Interior, Commander of the Special Forces which included 4,000 soldiers, and commander of the eastern region.

On the day of his assassination, Younis was the leader of nearly 22,000 rebels.

Younis played a major role in supporting the armed revolution that ended with the death of Gaddafi on 20 October, 2011, establishing the nucleus of the National Army, and accurately determining the NATO strikes on the Gaddafi forces in several cities.

He managed skilfully to convince Western countries to provide the rebels with weapons.