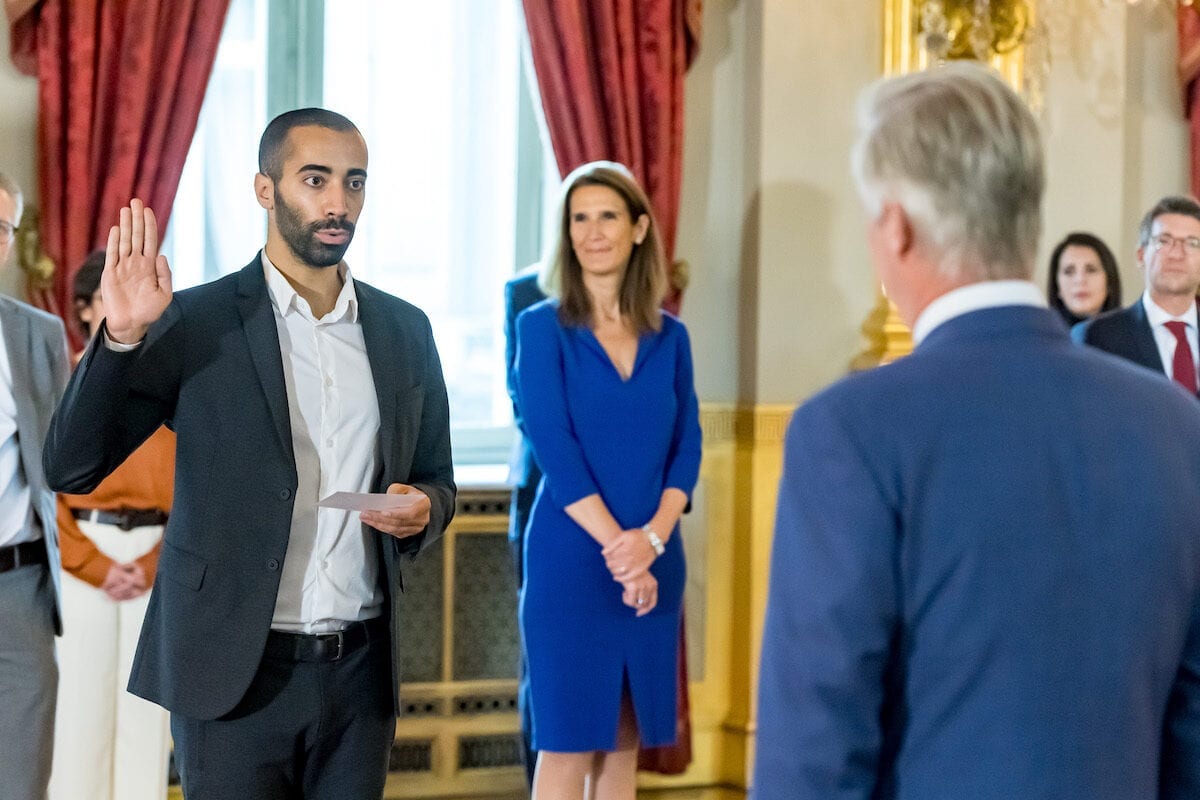 State Secretary for Asylum and Migration policy Sammy Mahdi takes the oath before King Philippe - Filip of Belgium at the oath ceremony of the Vivaldi government, at the Royal Palace, on 1 October 2020, in Brussels. [POOL - DANNYS GYS/BELGA MAG/AFP via Getty Images]
October 20, 2020 at 10:45 am

The son of an Iraqi refugee who emigrated to Belgium in 1970 has become the country's new minister for migration and asylum.

Mr. Mahdi said in statements to local media that he intends to increase the number of deportations of asylum seekers whose files had been rejected by the Belgian authorities.

In previous remarks, he explained that the Belgian authorities have deported only 18 per cent of asylum seekers whose applications have been rejected, compared to 35 per cent deported by Germany. The young politician explained that his ambition is to increase that percentage.

According to the Citizens' Platform Supporting Refugees, there are currently between 120,000 and 150,000 illegal migrants in Belgium who need further financial support and access to health care, in addition to bypassing the Dublin Regulation, allowing them to complete their asylum application procedures in Belgium.