After talk of the Palestinian elections 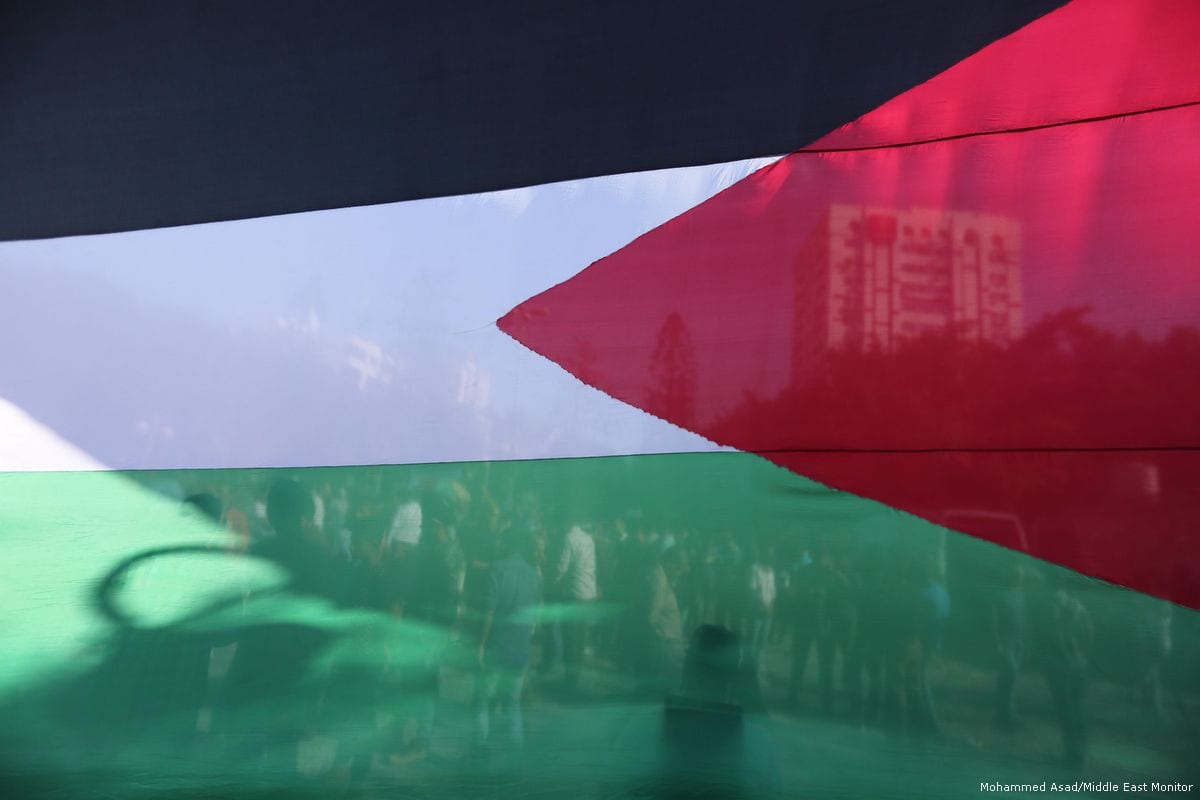 People gather to celebrate the signing of the reconciliation agreement between Hamas and Fatah on 12 October 2017 [Mohammed Asad/Middle East Monitor]
Mueen Al-Taher
October 22, 2020 at 1:00 am

Since the Istanbul meeting between Fatah and Hamas on 24 September, the Palestinian arena has been abuzz with talks about elections and understandings between both movements. The two movements, which have the largest percentage of the Palestinian public's trust and confidence, can decide the result of any elections held in light of their agreement. Each faction has confirmed that the agreement will act as an expression of a joint collective state in the face of the annexation plan and the deal of the century. It also reduces the dangers of disagreement and division, in the event that either wins alone, and ensures the control of the Palestinian political situation despite the storms surrounding it.

Given the multiplicity of competitors, the winner of the winning bloc will have about a third of the votes of the electorate or less. But under the pretext of democracy, it alone will represent them and make decisions on their behalf. The final agreement has not yet been reached, but discussions within each faction have begun to surface, along with some accusatory statements. The scheduled meeting of secretaries-general has not yet been held. Moreover, the extent of agreement on a joint consensus list is unclear, such as independent lists of the two main factions, consisting of a number of agreed-upon seats. This is so that no single party will have complete control, while leaving seats for the other lists running in the elections made up of independent factions or figures.

This is all happening amid statements to the media, articles and strong opinions. Some of which agree with the consensus formula and believe that holding elections without this list is a continuation of the problem, and not a means to a solution. Meanwhile, others see this as a form of quotas shared between Fatah and Hamas. They have ignored the importance of this agreement in uniting the Palestinian position. Therefore, in order to make this work and not resort to a monopoly, the two movements must make room for the absorption of all of the Palestinian people's energies and forces. This step must take place in the context of rebuilding the Palestine Liberation Organisation (PLO) and to reinstate it as the political leadership of the Palestinian people in their various places of existence.

READ: The rapprochement between Hamas and Russia will benefit both

Will these elections, which are intended to banish the division and achieve unity while facing the ongoing annexation plans, take place? Or will the parties' positions change regarding the developments of the situation over the next few weeks? Perhaps this is the secret behind the reluctance to move forward, in response to the opinion that they should freeze the legal annexation and not proceed with other measures that change the prevailing situation, and block the way to return to negotiations.

According to President Mahmoud Abbas, the agreement is in accordance with the Palestine Authority (PA)'s program. Within this context, the PA faces two possibilities related to the US elections in terms of who will win – either Democratic candidate Joe Biden or Donald Trump, the founder of the deal of the century that brings him and Benjamin Netanyahu together in their Zionist vision. The PA will be facing difficult days if Trump wins, as the essence of the Trump-Netanyahu vision will not change, and the annexation process will continue, albeit in stages. There will also be the US pressure on Arab regimes to accelerate the normalisation process and give Israel a greater role in the region.

As for the PA and President Abbas, they will no longer be accepted in their current form, and work will take place on the Israeli side to change the PA's function and stage a coup against it. This will not be accepted by Abbas. In this case, the internal Palestinian consensus will be strengthened. But Israel may hinder the possibility of holding elections in their usual form, and the Palestinians must confront this in other ways. This could be by rearranging the agenda of priorities, with the revival of the PLO being at the forefront. The occupied territories may witness new unrest, leading to an uprising and civil disobedience.

But what if Biden wins? There is no doubt that Abbas will breathe a sigh of relief. However, one should not be overwhelmed with optimism, as there will not be substantial progress related to finding a just solution to the Palestinian issue. The most that can be achieved is that we go back to the same cycle as before – the cycle of negotiations that may start, but do not end. No one is able to impose a settlement, and the goal of the US and Europe is to prevent things from exploding, while Israel has an astonishing ability to evade international resolutions.

This situation may seem comfortable to Abbas, as his role will continue as well as the PA, which will return to what it was. However, there are strong doubts about the continuation of the Palestinian agreement, and advice to the president indicates that he should stay away from this agreement in order to remain an acceptable and relevant party to the negotiations. Hamas will also be facing a different reality. Will it be able to continue on this path, and to what extent?

The call for elections with the purpose of buying time, despite its importance, may not be implemented. This requires us again to rearrange the available priorities so that the escalation of popular resistance is the basis upon which we rely. It is capable of confronting all developments and finding its field leaders, coinciding with the revival of the PLO to become the leader of the Palestinian people's struggle.