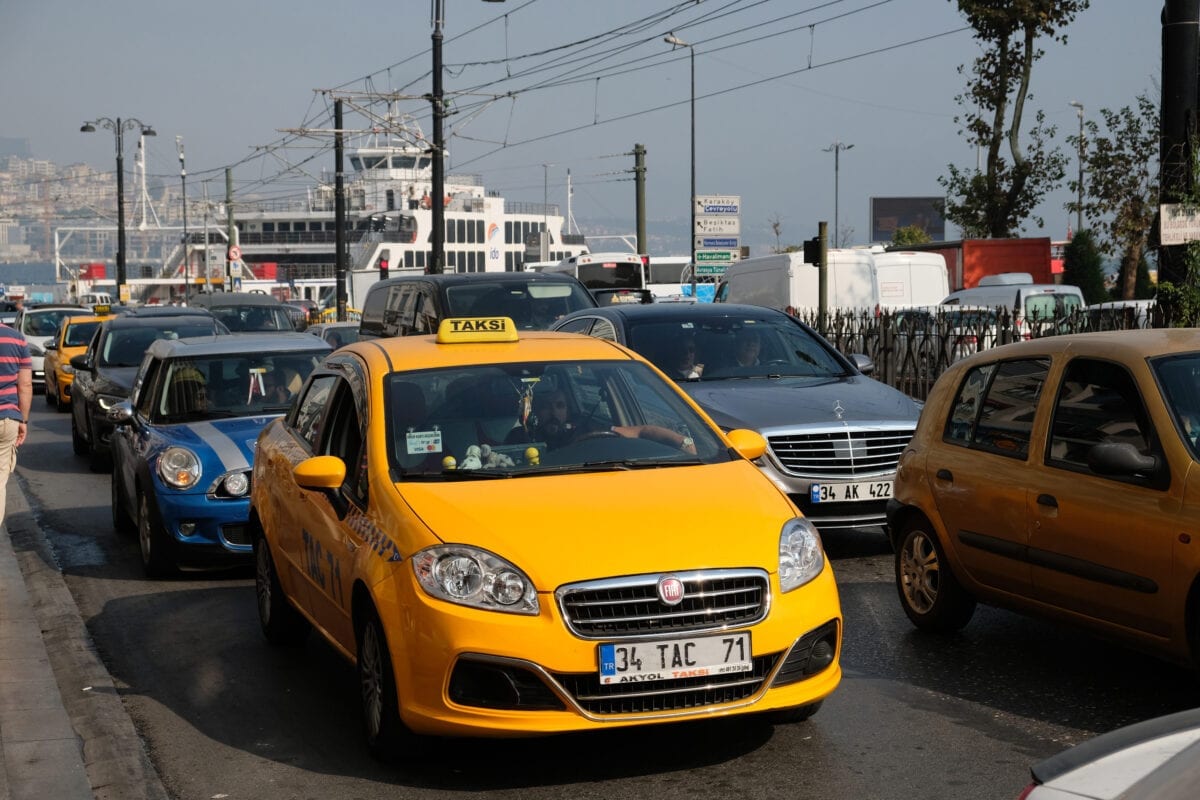 A congested traffic scene with a yellow taxi on the front and a passenger ferry seen at the harbour on the European part of the city on October 19, 2019 in Istanbul, Turkey [Kaveh Kazemi/Getty Images]
October 22, 2020 at 5:05 pm

Taxi drivers in Istanbul are to be required to learn English as part of a series of radical changes made by the city's municipality.

According to the new project which aims to standardise and regulate the city's taxi industry, drivers will also soon be required to work in three set shifts and wear uniforms, as well as give passengers the option to pay for their journey using the city's electronic public transport pass called the Istanbulkart.

The project will go ahead if it is approved by the Transportation Coordination Centre. Drivers will have to undergo an examination process through a soon to be established transportation academy.

The reforms follow a complaint by Istanbul's Mayor, Ekrem İmamoğlu, who defeated the ruling AK Party candidate last year, about the shortage of taxis in the city. There are around 17,000 taxis in the city catering for its 15 million inhabitants.

Taxi drivers have also complained about a fall in business, not only due to the pandemic, but also to competition from unlicensed "pirate taxis".

The scheme will benefit tourists, many of whom can understand and speak English. There have been complaints from tourists in the past about being harassed and overcharged by some Turkish taxi drivers.