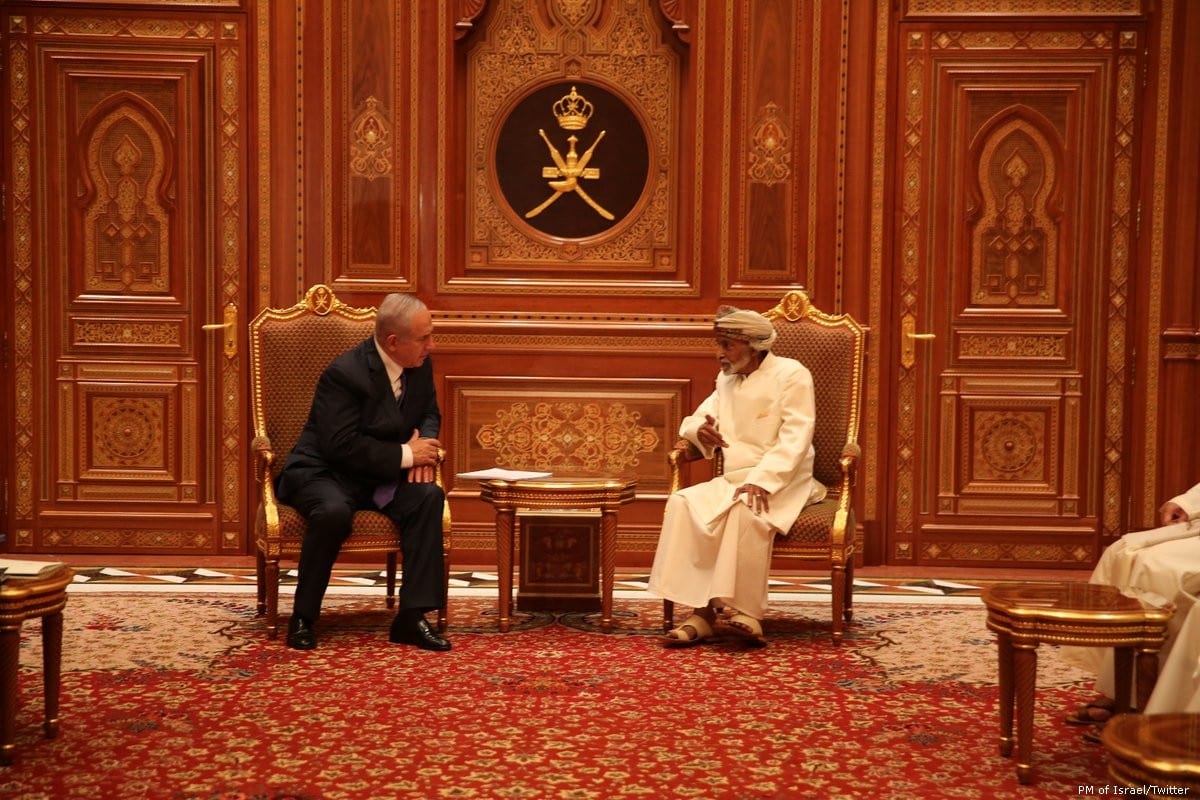 Prime Minister Benjamin Netanyahu (L) on an official diplomatic visit to Oman where he met with Sultan Qaboos bin Said on 25 October 2018 [PM of Israel/Twitter]
October 25, 2020 at 11:30 am

Oman will be the next Arab country to normalize relations with Israel, according to Israeli media on Sunday, Anadolu reports.

Israeli officials believe that Oman will soon sign a normalisation deal with Israel under US sponsorship, Israeli Channel 12 reported.

The channel, however, said that the normalisation of the Israeli-Omani relations would likely take place after the US election.

Muscat so far has not commented on the Israeli media report.

Oman welcomed the Emirati and Bahraini moves to normalize relations with Israel.

In 2018, Netanyahu made a surprise visit to Oman and met with late Sultan Qaboos bin Saeed.

On Friday, US President Donald Trump announced that Sudan and Israel agreed to normalize their relations.

Sudan became the fifth Arab country to establish official ties with Israel following Egypt in 1979, Jordan in 1994 and both UAE and Bahrain in September 2020.