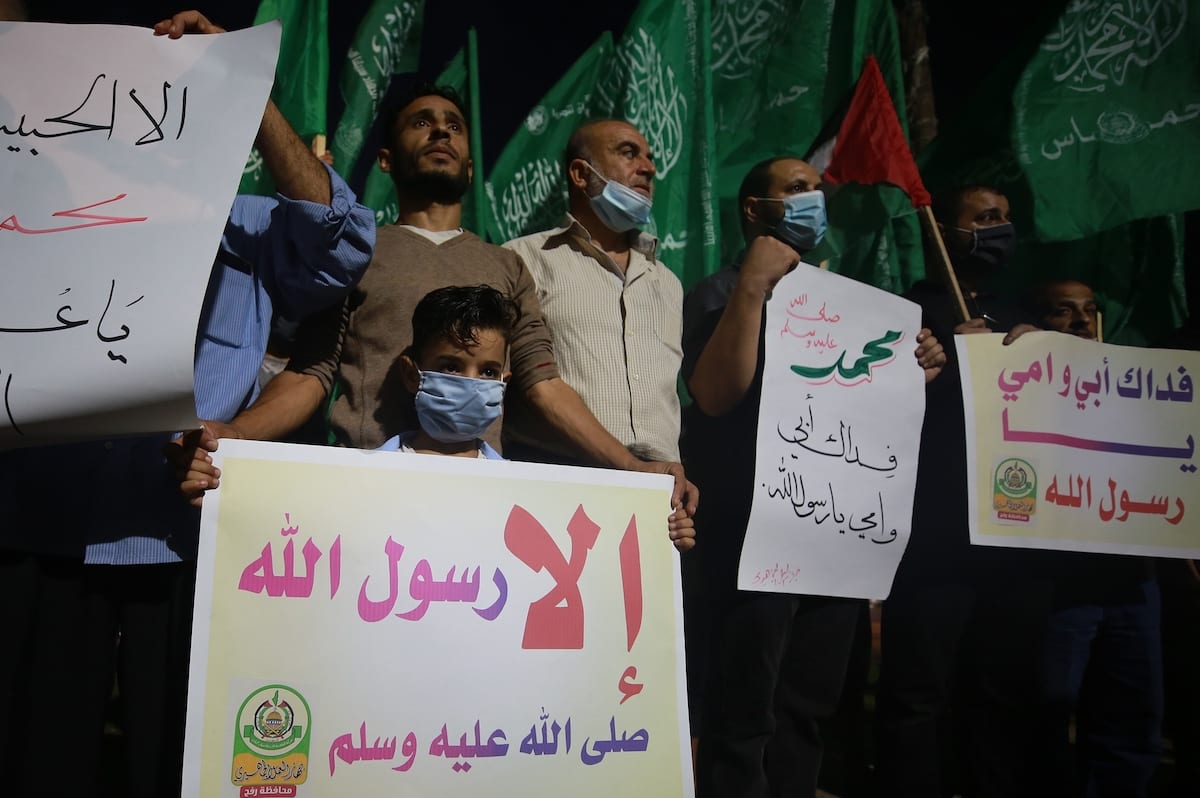 Palestinians gather to stage a protest against the republication of offensive caricatures of the Prophet Muhammad in France and the statement of French President Emmanuel Macron, in Rafah, Gaza on 24 October 2020. [Mustafa Hassona/Anadolu Agency]
October 26, 2020 at 11:50 am

In the statement, Haniyeh said: "As some Arab regimes have rushed to announce normalisation agreements with the Israeli occupation, the last of them being the US-Israeli-Sudanese tripartite deal."

"We condemn this political deviation, which reflects the deepening gap between some rulers and the consciousness of their nations and glorious history."

"We are confident that the Sudanese-Israeli agreement does not reflect the historical positions of the Sudanese people towards the Palestinian cause."

He added: "We also followed with anger and condemnation the attack on our leader and role model, Prophet Muhammad (PBUH) and our religion in a bid to provoke hatred and hostility, incite violence, and undermine tolerance and coexistence among the nations of the world."

"I call on French President Emmanuel Macron to abandon his policy of insulting Islam and inciting against it and stop offending Prophet Muhammad (PBUH) and hurting the feelings of Muslims around the world."