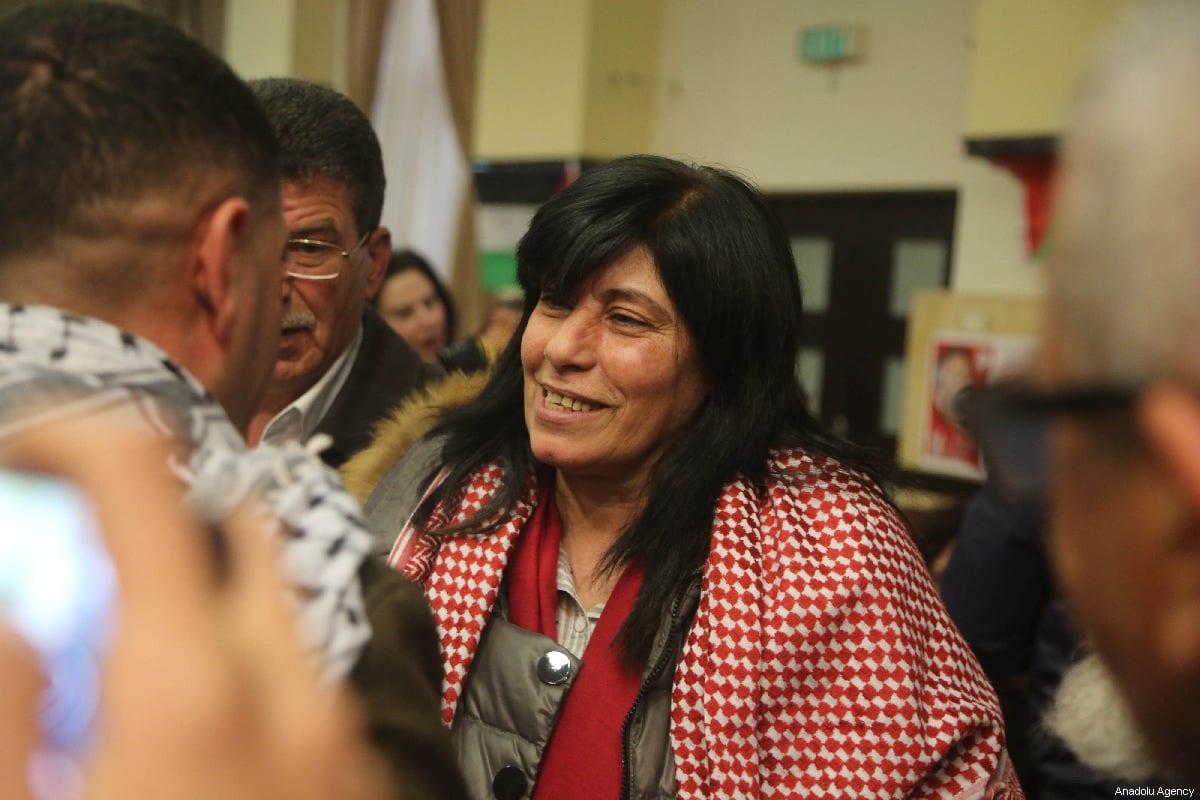 According to the news site, the statement also called for the release of all female Palestinian prisoners, who are enduring harsh conditions inside Israeli jails, including Israa Jaabis who has suffered 65 per cent burns across her body and face and had eight of her finger amputated as a result following a gas cylinder explosion near an Israeli checkpoint in 2015.

In the statement, the union also called for Israel to stop its policy of targeting political Palestinian leaders, as well as to stop its use of administrative detention which sees the occupation state hold Palestinians without charge or trial.

The union warned that Jarrar and other prisoners are suffering from difficult health conditions and are prevented from receiving proper treatment.

Jarrar is a senior leader of the Popular Front for the Liberation of Palestine (PFLP), she has been imprisoned several times by the Israeli occupation and spent numerous terms under administrative detention.