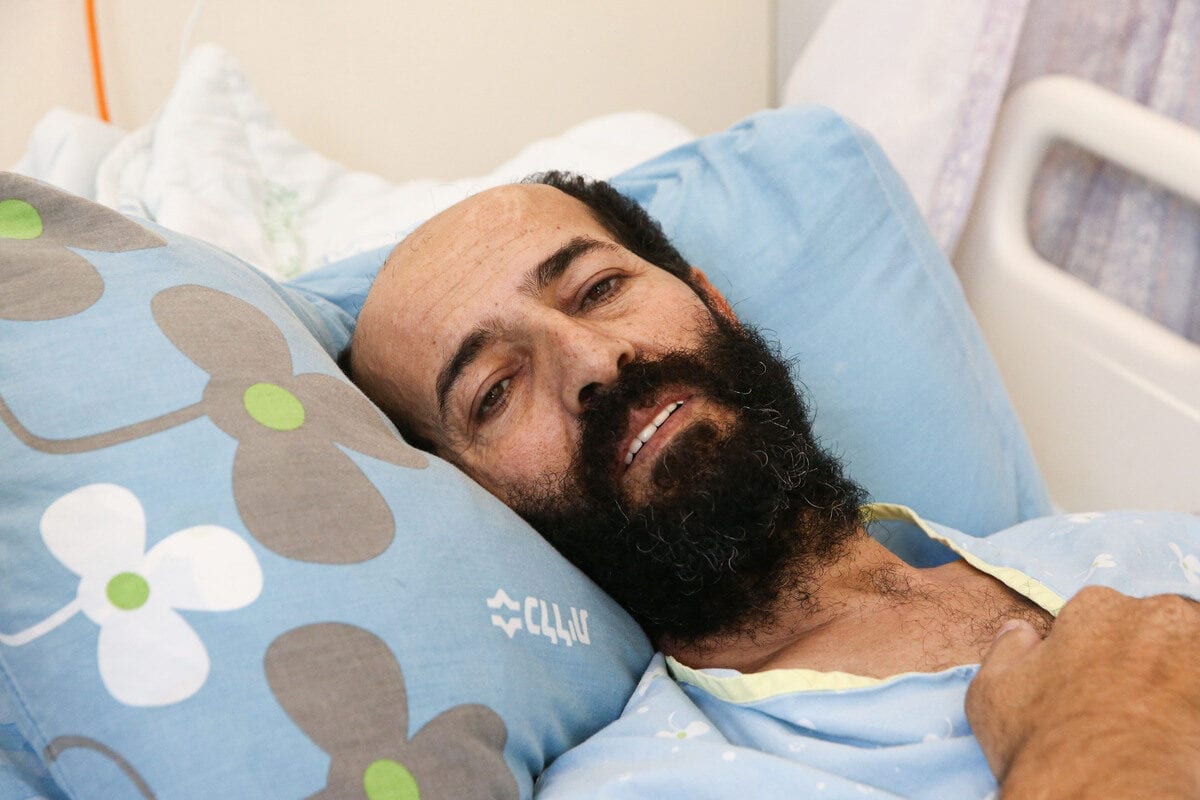 A Palestinian prisoner on hunger strike for more than 85 days since his arrest by Israel is entering a medically "critical phase", the International Committee of the Red Cross (ICRC) announced yesterday.

Maher Al-Akhras, 49, is from Jenin in the northern occupied West Bank. He has been held since 27 July under an administrative detention order with neither charge nor trial and can be detained indefinitely. His hunger strike is a protest against such inhuman treatment.

"More than 85 days into the hunger strike, we are concerned about potentially irreversible health consequences," said Yves Giebens, the head of the ICRC's health department in Israel and the occupied Palestinian territories. "From a medical perspective, he is entering a critical phase."

The ICRC said it has been monitoring the situation closely and visited Akhras on Thursday. "The ICRC encourages the patient, his representatives and the competent authorities involved to find a solution that will avoid any loss of life," the organisation added.

Last month, Akhras was moved to Kaplan Hospital in the Israeli city of Rehovot, where he has been drinking water but refusing solid food, explained his family.

OPINION: The spirit of Palestinian resistance

Palestinians in the occupied West Bank and the Gaza Strip have launched several demonstrations to demand the prisoner's release. They have also organised sit-ins and online campaigns to show their support for him.

There are around 5,000 Palestinians being held in Israeli jails, 350 of them under administrative detention. Israeli officials claim that detention without trial is sometimes necessary to protect the identities of undercover operatives.