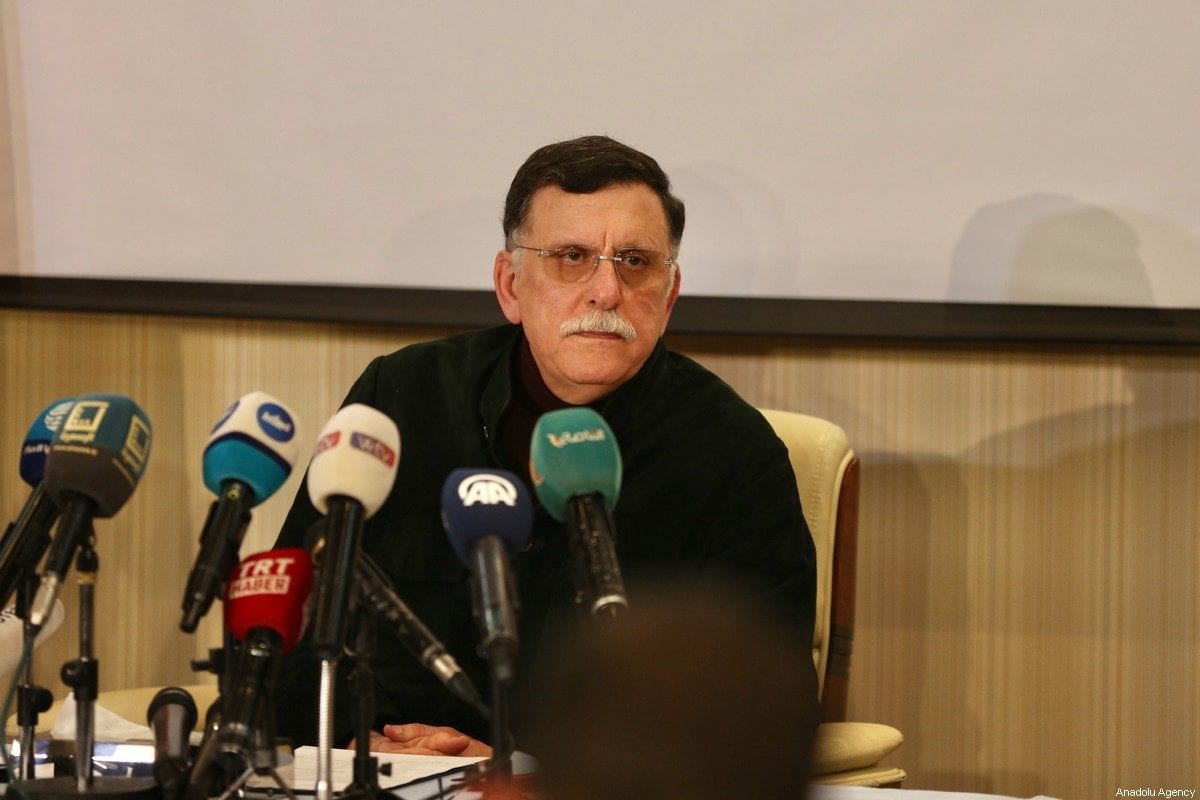 Fayez al-Sarraj, Chairman of the Presidential Council of Libya’s Government of National Accord (GNA) holds a press conference in Tripoli, Libya on 15 February 2020 [Hazem Turkia/Anadolu Agency]
October 29, 2020 at 8:21 pm

The High Council of State urged the head of the Presidential Council, Fayez al-Sarraj, to stay on Thursday until a new presidential council is selected in order to avoid a political vacuum and for Libya's stability, Anadolu Agency reports.

"His calling came in view of the circumstances the country is going through at this time and the direction of the Libyan Political Dialogue Forum," Libya Al Ahrar TV quoted Chairman of the High Council of State Khalid al-Mishri as saying.

The parliament in Tripoli also called on al-Sarraj to postpone his intention to hand over power at the end October because of "reasons of higher interest."

Al-Sarraj announced in September his "sincere desire" to hand over duties to the next executive authority in a period that will not exceed October.

READ: Is there a light at the end of the tunnel for Libya?