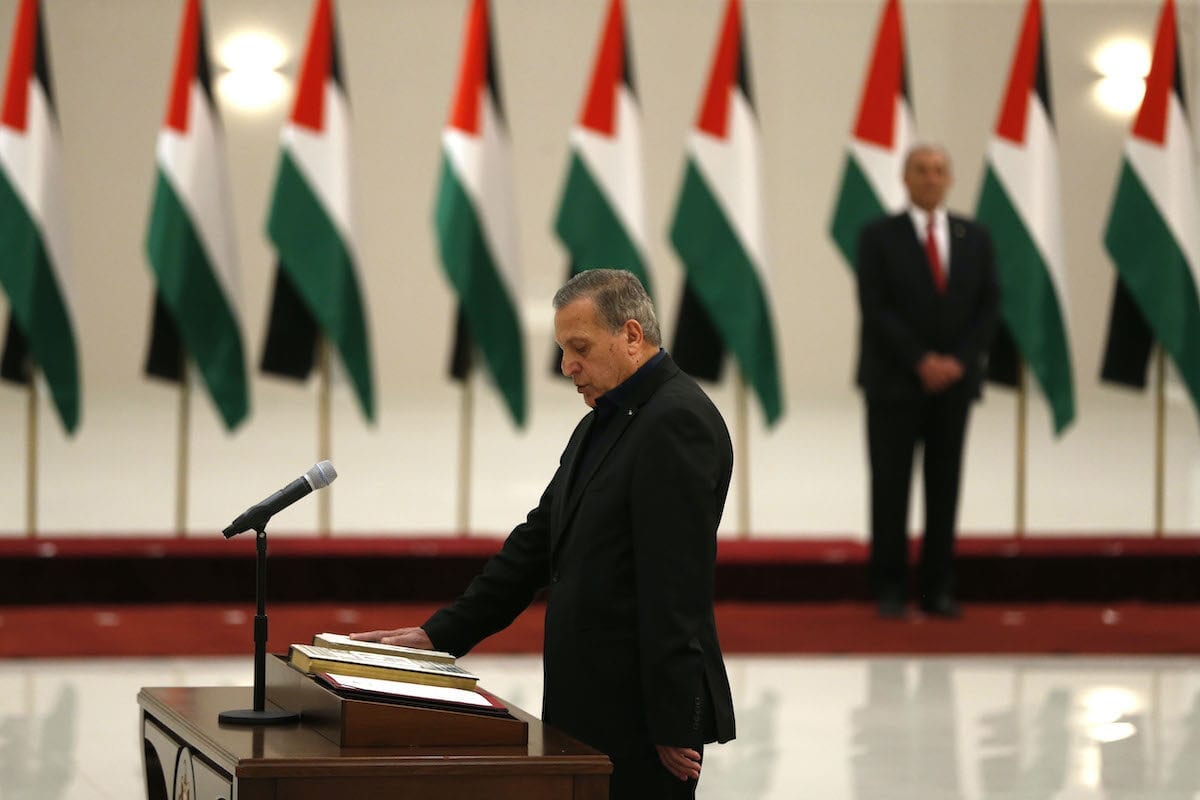 Nabil Abu Rudeineh is sworn in as a deputy Prime Minister and Minister of Information in the new Palestinian government, in the Israeli-occupied West Bank town of Ramallah, on 13 April 2019. [ABBAS MOMANI/AFP via Getty Images]
November 12, 2020 at 9:03 am

The Palestinian Authority said on Wednesday that it is ready to resume peace talks with Israel based on international law and United Nations resolutions, Wafa news agency has reported.

"The Palestinian leadership is ready to return to negotiations [with Israel], based on international legitimacy, or from the point where they stopped, or based on Israel's commitment to all signed agreements," explained Presidential Spokesman Nabil Abu Rudeineh.

His remarks came in response to Israeli Defence Minister Benny Gantz saying that it is time for the Palestinian leadership to return to negotiations without excuses. Gantz made his comments during a parliamentary session to ratify the recent Israel-Bahrain normalisation agreement, part of the so-called Abraham Accords.

"The Abraham Accords can expand to additional countries in the region, but it is just as important that they trickle to our close neighbours, the Palestinians," said Gantz. "Unfortunately, the Palestinian leadership has not understood that it is time to put away the excuses, return to the negotiating table and work together to find a solution."