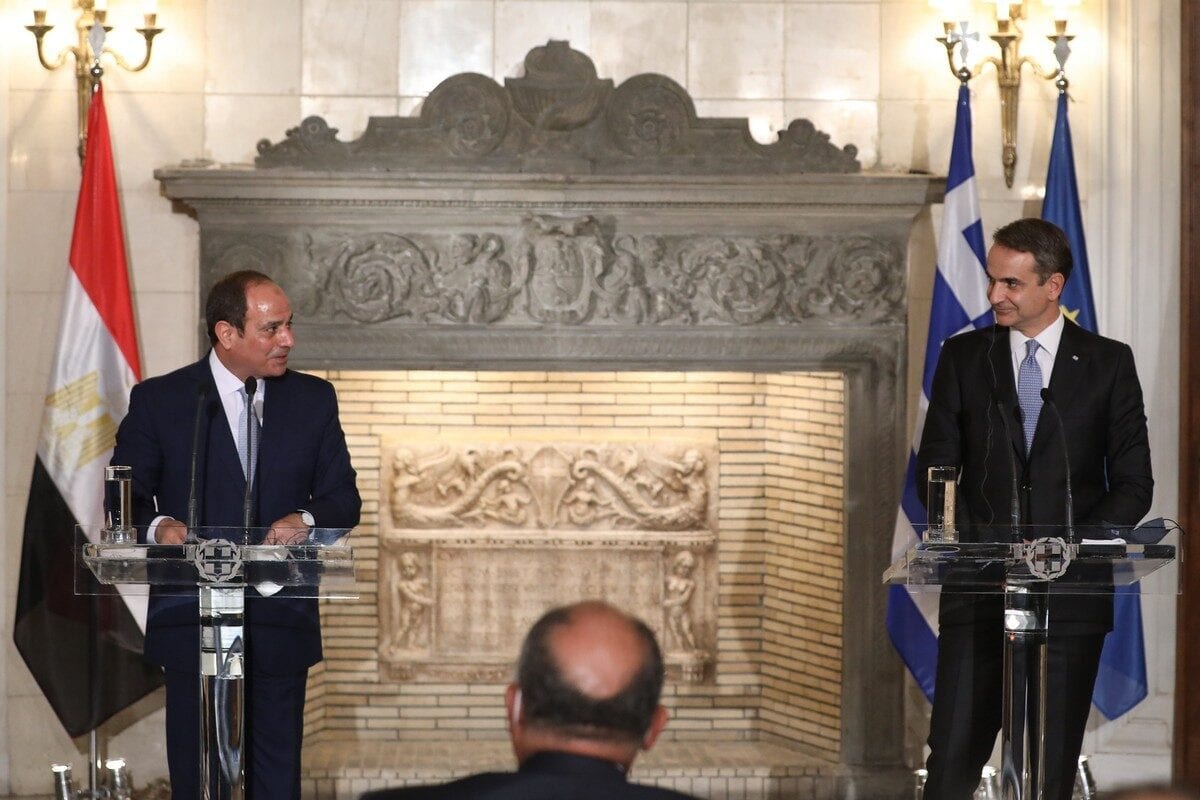 Egypt's President Abdel Fattah Al-Sisi said during an official visit to Greece that the two countries' bilateral relations are advancing, adding that the signing of a maritime border demarcation agreement reflects a high level of mutual understanding.

Egypt supports Greece and Cyprus in the conflict with Turkey, whose relations with Cairo have been strained since Al-Sisi led the ousting of Egypt's first democratically elected civilian President, Mohamed Morsi, in 2013.

The two sides are at odds over the Mediterranean Sea's resources. Egypt recently accused Turkey of escalating tensions in the area by sending a survey vessel to drill for natural gas.

Since May 2019, Turkey has been excavating for natural gas in the Mediterranean Sea with permission from the de facto state of Northern Cyprus, which is not internationally recognised.

The defence ministers of Cyprus, Greece and Israel are in the Cypriot capital Nicosia to hold talks on Turkey and the situation in the Eastern Mediterranean today.