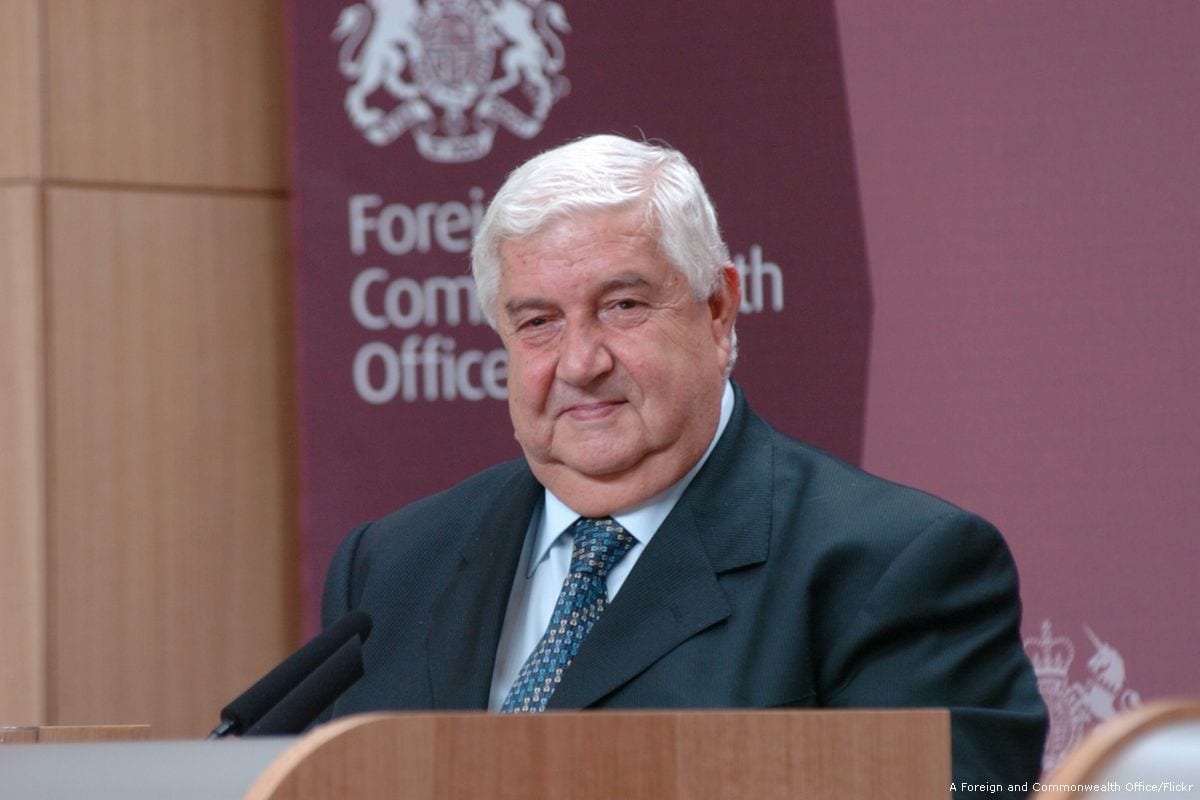 Syria's long-time Foreign Minister Walid Muallem passed away at the age of 79 today, marking the demise of one of President Bashar Al-Assad's most prominent diplomats.

Muallem, the cause of whose death was not revealed by the regime, had reportedly been frail and in poor health for some time. His last public appearance was last week at the conference for the return of Syrian refugees, which was held in Damascus and snubbed by much of the international community. He was assisted by two men while wearing a surgical mask, and was said to have lost weight.

Having begun his career in the Syrian diplomatic service in 1964, he held foreign ministry posts in Tanzania, Saudi Arabia, Spain and the United Kingdom, before being appointed as ambassador to Romania in 1975 for five years. He then served as the Syrian envoy in Washington DC from 1990 to 2000, while having a prominent role Syria's peace talks with Israel.

Serving as assistant foreign minister from 2000, the year Bashar Al-Assad took over the reins of the country following the death of his father Hafez Al-Assad, Muallem rose through the ranks to become foreign minister in 2006.

The Damascus refugee conference is another sham like Astana and Sochi

As the civil war erupted in 2011 following the regime's brutal crackdown on protestors, Muallem proved his loyalty to the Assad family by becoming one of the most vocal public supporters of the regime's actions and a prominent critic of the United States' alleged fuelling of the civil war.

He was rewarded with the post of deputy Prime Minister in 2012 along with his existing position, after his predecessor Farouk Al-Sharaa suggested political compromise with the Syrian opposition and was kicked out of the Baath party leadership and marginalised.

Russia was the first nation to send its condolences over his death, as the key ally and military backer of the Assad regime throughout the ongoing conflict. Russian Deputy Foreign Minister Mikhail Bogdanov praised Muallem as someone who "understood the importance of Syrian-Russian relations" and who he has had been in "almost constant contact" with over the course of his career. "We have lost a very reliable partner and sincere friend," Bogdanov added.

Meanwhile, members of the Syrian opposition celebrated Muallem's demise as the end of a prominent apologist for the Assad regime's brutality, with sweets reportedly being distributed in areas of the opposition-held north-western Syria.

Sweets being distributed in the freed territories of Syria celebrating the death of Assad Regime's Foreign Minister Waleed Al-Moalem. pic.twitter.com/4PyD2orJrH

The Syria regime's return to the Arab League is a mistake