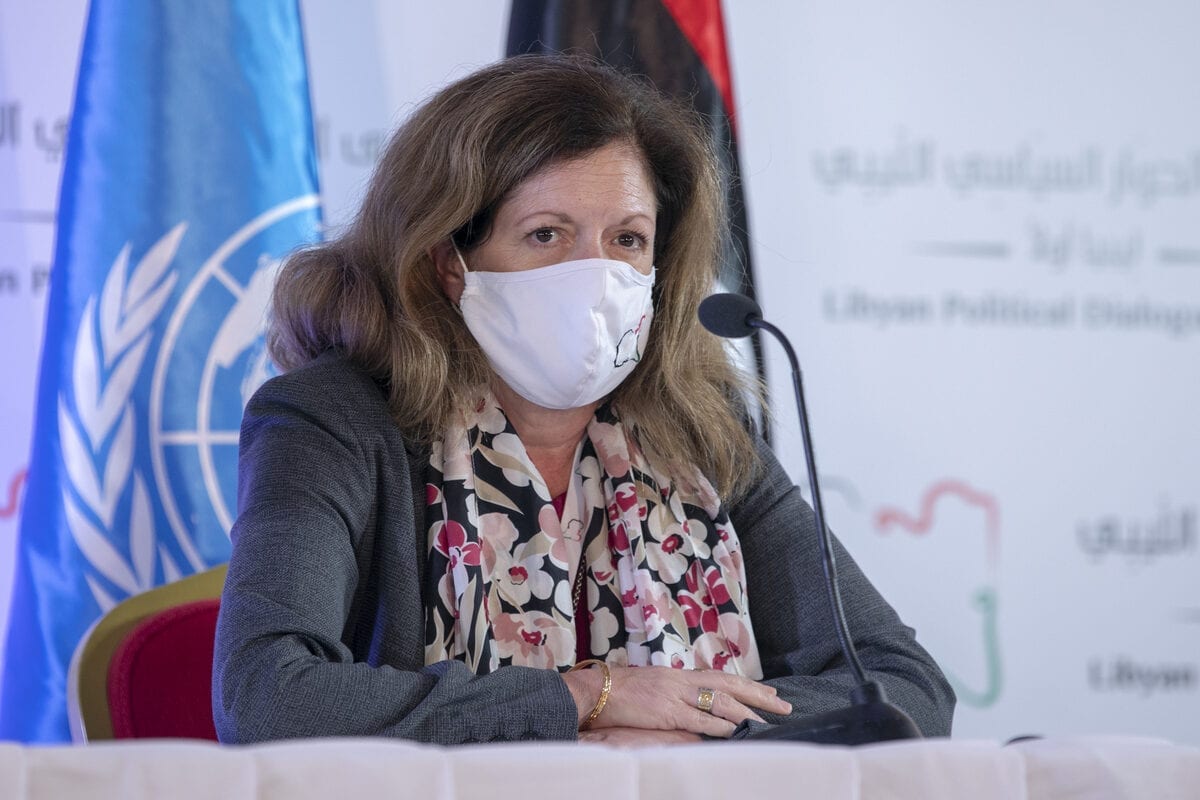 The UN envoy to Libya, Stephanie Williams, yesterday discussed restructuring and unifying the Petroleum Facilities Guards (PFG) in northern Libya, according to a security source.

In a statement to Anadolu Agency, a security source affiliated with the Libyan PFG said that Williams met with head of the National Oil Corporation (NOC), Mustafa Sanallah, and commander of the PFG, Ali Al-Deeb, in the city of Berga.

The source, who spoke on condition of anonymity, said that the meeting will focus on mechanisms to restructure and unify the PFG in Libya.

On 23 October, the United Nations announced that the two Libyan parties to the conflict had reached a ceasefire agreement, within the framework of the discussions held by the Joint Military Commission (JMC) in Geneva.

READ: Optimism and cooperation pave the way for resolving the Libyan crisis

The Libyan JMC includes five representatives of the internationally recognised government and five members of the militia of coupist General Khalifa Haftar.

A week ago, the UN mission to Libya announced the launch of the JMC's sixth round of talks in Sirte for the first time.

"This round of talks aims to accelerate the implementation of the ceasefire agreement signed in Geneva," the mission confirmed in a statement at the time.

The JMC held five previous rounds, four in Geneva, while the fifth meeting was held for the first time in Ghadames, 450 kilometres southwest of Tripoli, from 2-4 November.

For years, Libya has been witnessing an armed conflict, as Haftar's forces, backed by Arab and Western countries, contest the internationally recognised Government of National Accord (GNA) over legitimacy and authority in the oil-rich country.