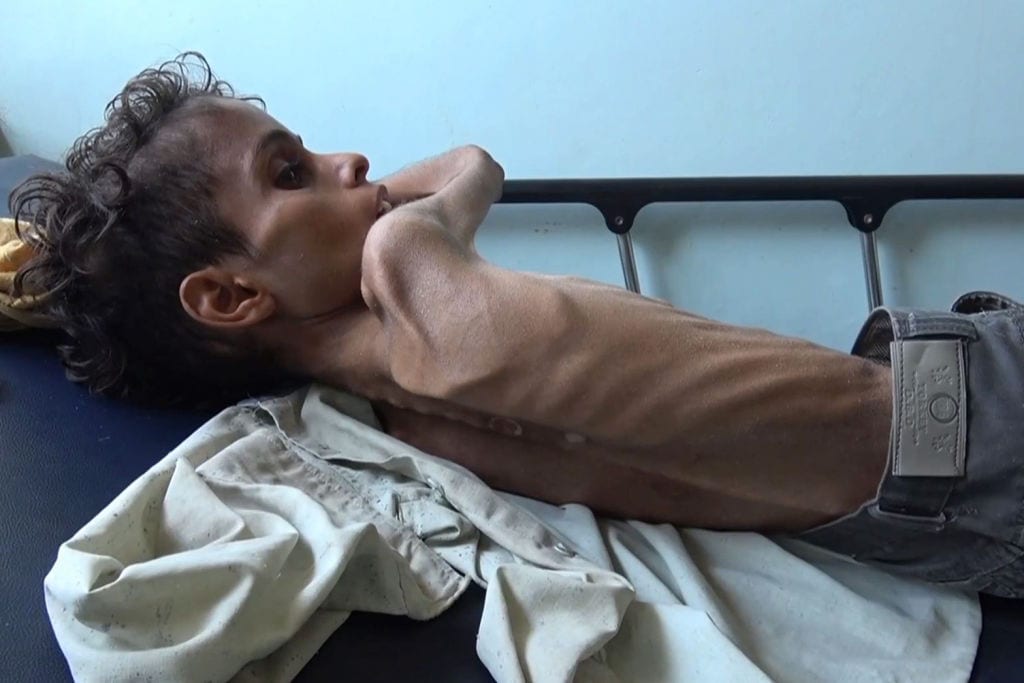 UN Secretary-General Antonio Guterres warned on Friday that war-torn Yemen "is now in imminent danger of the worst famine the world has seen for decades", Reuters reports.

Guterres warning comes as the United States threatens to blacklist Yemen's Iran-allied Houthi group as part of its "maximum pressure" campaign against Tehran. Aid workers have raised fears such a move would prevent life-saving aid reaching the country.

"I urge all those with influence to act urgently on these issues to stave off catastrophe, and I also request that everyone avoids taking any action that could make the already dire situation even worse," Guterres said in a statement.

A Saudi Arabia-led military coalition intervened in Yemen in 2015, backing government forces fighting the Houthi group. UN officials are trying to revive peace talks to end the war as the country's suffering is also worsened by an economic and currency collapse and the COVID-19 pandemic.

"In the absence of immediate action, millions of lives may be lost," Guterres said.

The United Nations describes Yemen as the world's largest humanitarian crisis, with 80% of the people in need of help.

A senior Western diplomat said a designation of the Houthis by the United States designated the Houthis "would certainly not contribute to progress on Yemen." "It's likely that they want to do whatever it takes to increase the pressure on Iran," said the diplomat, speaking on condition of anonymity.

UN aid chief Mark Lowcock has said the United Nations has received less than half of what it needed this year – about $1.5 billion – for its humanitarian operations in Yemen. Last year it received $3 billion.