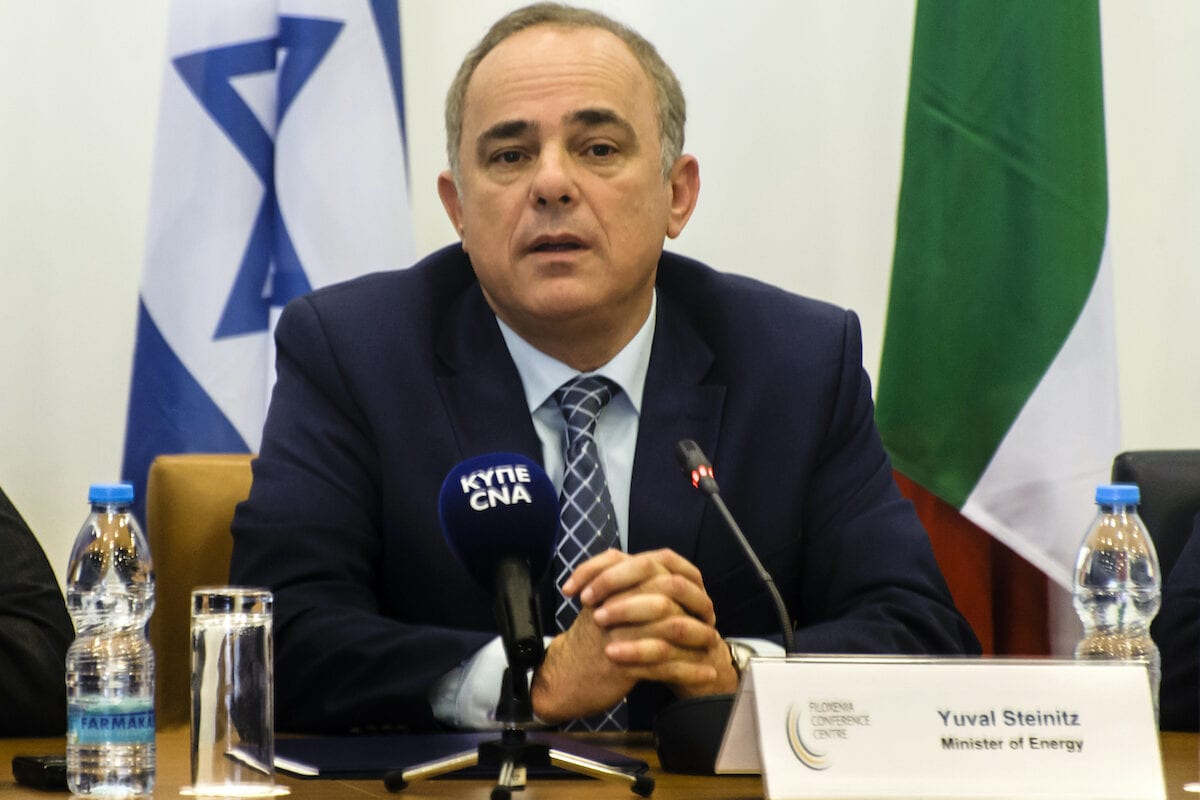 Israel has accused Lebanon of backtracking on its position on the demarcation of the maritime borders between the two countries in the Mediterranean and warned of a "dead end" in the talks that might lead to obstructing oil exploration projects.

Lebanon and Israel, while officially at war, last week concluded the third round of negotiations under the auspices of the US and the United Nations (UN), and decided to hold the fourth round in December.

Steinitz added: "Lebanon's current standing does not only contradict previous stances but also opposes its position on the maritime borders with Syria that include Lebanese islands close to the border."

He continued: "Any state that seeks to prosper in our region and wants to develop natural resources safely must adhere to the principle of stability and settle the dispute on the basis of what Israel and Lebanon submitted to the United Nations," stressing that "any deviation from that will lead to a dead-end and betrays the aspirations of the region's peoples."

President Michel Aoun confirmed during a meeting with the UNIFIL Head of Mission that: "The demarcation of the maritime borders should be based on the line that starts on the land from the Ras Naqoura point according to the general principle known as the median line, without including the occupied Palestinian coastal islands."

The negotiations mainly concern a marine area stretching to about 860 square kilometres, according to a map sent in 2011 to the UN. However, Lebanon considered at a later stage that the plan was wrongly estimated.

During the negotiation sessions, Lebanon demanded an additional area of ​​1,430 square kilometres that includes part of the Karish field in which the Greek Energean company operates, according to a statement by Laury Haytayan, director of the Natural Resource Governance Institute (NRGI) to Agence France-Presse.

Haytayan added: "Today we enter the phase of map warfare."

In 2018, Lebanon signed the first contract to explore for gas and oil in two areas of its territorial waters, one of which – known as Block 9 – is located in the disputed area with Israel. Consequently, there is no option for Lebanon to operate in this territory except after demarcating the borders.

Lebanon and Israel agreed to hold direct negotiations after years of relentless efforts made by US diplomacy. The first two rounds of talks were held in October, while the third round took place earlier this month.