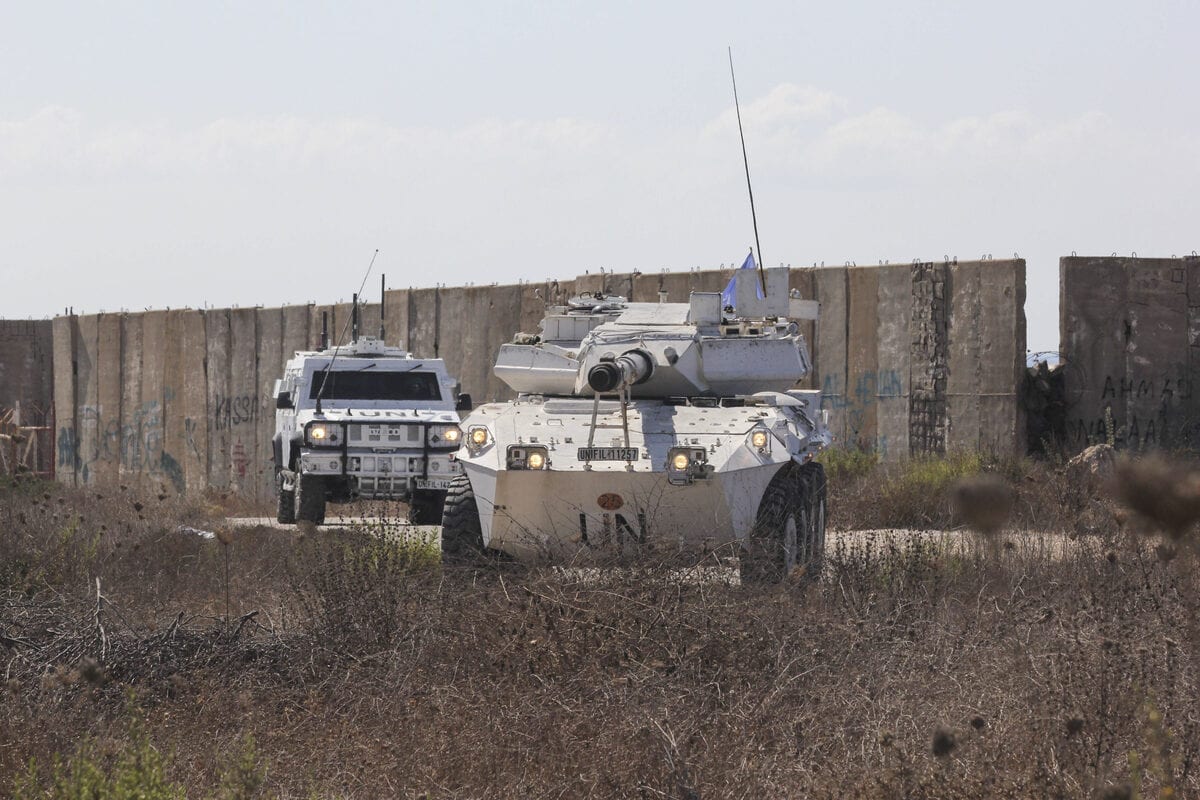 Vehicles of the UN peacekeeping force UNIFIL are seen as they stand guard upon arrival of Lebanese and Israeli committee, in the southernmost area of Naqoura, by the border with Israel, Naqoura, Lebanon on 14 October 2020. [Ali Abdo - Anadolu Agency]
October 28, 2020 at 6:20 pm

Israel and Lebanon on Wednesday held a second round of US-mediated talks over their disputed sea border that has held up hydrocarbon exploration in the potentially gas-rich area, though sources said gaps between the sides remain large, Reuters reports.

Delegations from the long-time foes reconvened at a UN peacekeeper base to try to reach agreement over their maritime border after an initial meeting earlier this month.

The Lebanese proposal, which had been carried by local media for days prior to the talks, extended farther south than the border Lebanon had years before presented to the United Nations, according to a Lebanese security source.

The Israeli team presented its own map that pushed the boundary farther north than Israel's original position, according to a source familiar with what was discussed.

The teams will meet again on Thursday to continue negotiating.

The US-mediated talks follow three years of diplomacy by Washington. They also come after the United Arab Emirates and Bahrain agreed to establish full relations with Israel, under US-brokered deals which realign some of Washington's closest Middle East allies against Iran.

READ: Daughter of Lebanon's president does not reject peace with Israel