Five years on: Was democracy the answer for Tunisia? 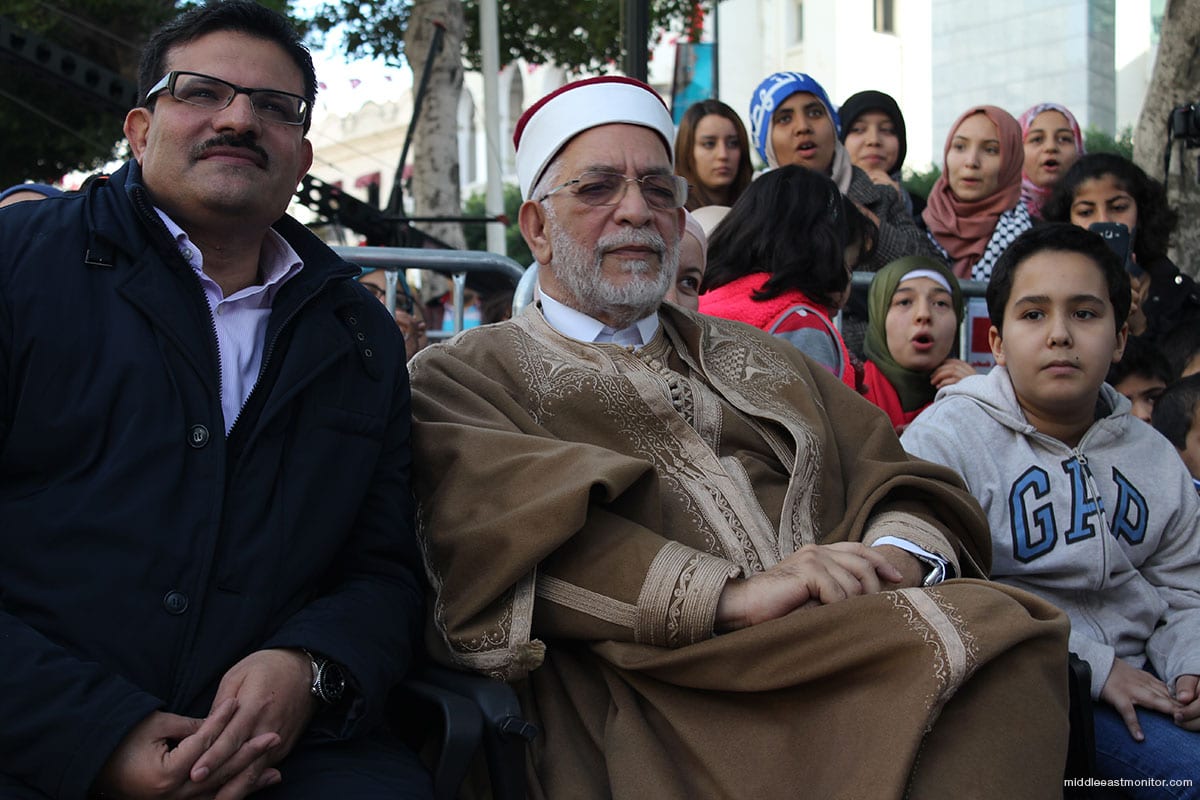 It is now five years since the ouster of Zine El-Abidine Ben Ali, Tunisia's long-time dictator and the first of the Arab despots to be successfully challenged and toppled in the mass uprising of the Arab Spring. Back then, what seemed like an epochal event, ushering in a new era of freedom from suppression, oppression and corruption, was being celebrated all over the Arab world and beyond. Inspired by the Tunisian example, the people of Libya, Egypt, Syria and Yemen rose up against their leaders with varying degrees of success, with yet other Arab populations making threatening noises of revolution against their rulers to extract some concessions and reforms. But has democracy been as sweet scented as the hopes carried by many who took part in the Jasmine Revolution? The reactions of Tunisians and the atmosphere in the country would suggest partially, though not entirely.

When Ben Ali fell, there was a sense that things could change, and that the humiliation and degradation of the Tunisian people that had gone on since the days of French dominion would finally end. The Tunisian revolutionaries felt that, for the first time in over a century, they would finally be masters of their own fate, neither bowing to the will of a foreign occupier nor to strongmen like Ben Ali (it is worth bearing in mind that France tried to prop up the ill-fated dictator). Ben Ali's ironically named Democratic Constitution Rally party was banned and, in anticipation of a new pluralistic political environment, new parties were formed and previously forbidden movements such as the Islamist Ennahda were allowed to have a voice in their country's future.

In the first free and fair elections of the new Tunisia in late 2011, Ennahda won 37% of the overall vote, beating the other parties. Having been crowned the winners, Ennahda wanted to show that, although it was an Islamist party, this was a new era and Tunisians had nothing to fear from them. As such, Ennahda made a power sharing agreement with left-wing socialists and secularists from the Congress for the Republic and Ettakatol parties, with veteran Tunisian politician Moncef Marzouki being appointed as president and Mustapha Ben Jafar taking control of the Constituent Assembly. In turn, Hamadi Jebali, then of Ennahda, was appointed prime minister and so began the very first government since the days of dictatorship.

Ennahda's experience and political ideology will be the subject of a separate article. However, what is clear to see from the normal Tunisians I spoke to during the anniversary celebrations of the Jasmine Revolution held on Habib Bourgiba Avenue in central Tunis is an unmistakable sense that people feel significantly freer. Irrespective of problems afflicting the country, including high unemployment, terrorism and political struggles, Tunisians largely felt free to fully express themselves, and this is the defining characteristic of post-Ben Ali Tunisia.

This sense of freedom was perhaps best personified by a man named Reda Bensalha who, along with his small family, took over a small patch of pavement outside the imposing Ministry of Interior building. Bensalha had brought with him a large banner denouncing the political parties of Tunisia, with well-drawn depictions of the two main parties' logos, inversions on what they were supposed to represent. Ennahda's dove was dead on the floor, and Nidaa Tounes' palm tree was broken in half. As Bensalha was at pains to point out, he was just a normal man who was angry with the politicians for allowing "an Israeli agent to be appointed as the foreign minister". When I challenged him to prove his accusations, his evidence was that Khemaies Jhinaoui, the foreign minister, had spearheaded a Tunisian diplomatic mission in Israel. Bystanders heard our conversation, and joined in energetically, with some either opposing Bensalha or supporting him. As he said to one critic, "I represent myself and not any party. I'm saying this in front of the Ministry of Interior building, report me if you want to". Whatever the accuracy of his opinions, he undoubtedly felt he had the freedom to express them.

Apart from a few notable exceptions, the anniversary demonstrations were less about today's politics, and more about remembering the victory of the Tunisian people over their dictator. Clusters of people were marching together with no particular organisation, each shouting slogans from the revolution including the now well-known "Degage!" with others still calling for freedom, dignity and work. However, far from the thronging crowds described in some news agencies' reporting, the scenes on Habib Bourgiba Avenue were rather muted. Although many parties are keen to maintain their association with the revolution, only a few seemingly bothered to turn up. Ennahda, for instance, held the largest event, complete with rallies, speeches and even a music show including performances from Mahir Zain.

The Arab Spring:
5 years on

Take a look at the Arab Spring countries five years on.

Nidaa Tounes, on the other hand, was simply not there. This may seem bizarre, particularly as they are technically the ruling party, but they have been suffering from a series of resignations that has now debilitated the parliamentary majority that helped Beji Caid Essebsi win his presidency. A young Tunisian activist, Asma Charfeddine, told me that they were "too busy" with their own internal strife to be able to put on a show. This can be judged to be a clear sign of weakness, as a ruling party should at least turn up to commemorate the anniversary of the revolution, and may in turn lead to them facing the accusation of paying only lip service to the revolution while having designs on a return to despotism. This is in light of the accusations levelled against President Essebsi by the resigning MPs of Nidaa Tounes who say that he is attempting to empower his son, Hafedh Essebsi.

When the question of Essebsi placing Hafedh in positions of power was put to Salem Hamdi, MP for Nidaa Tounes, he responded with scepticism, claiming that Essebsi "wouldn't place his son on the frontline" in a still revolutionary environment, but admitted that he is sure that the president would like to make his son "comfortable". When asked about this, Charfeddine scoffed that the only things that unite the MPs of Nidaa Tounes are a desire for power and their shared dislike of Ennahda. "Some of us now call them Daa' Tounes," said Charfeddine, alluding to an Arabic wordplay that mocks the party's name by rebranding it as 'Tunisia's disease'.

Naoufel El Jammali, the Ennahda MP for Sidi Bouzeid, the cradle of the revolution, maintained that his constituents are becoming disillusioned as they feel they have not benefited. Jammali told me, "Tunisian citizens have conflicting emotions. On the one hand they are happy because they have gained many rights…however, Tunisians are now suffering economically". According to Jammali, MPs found it difficult to deal with this sense of hopelessness as Tunisians were "still unaccustomed to democracy", expecting MPs to have the kind of strong powers they may have enjoyed during the corrupt dictatorship of Ben Ali. Cryptically, Jammali warned that "democracies…cannot flourish or even survive in difficult economic circumstances," perhaps suggesting that things must change soon and for the better for Tunisians to stay wholly behind the transitional process of moving from dictatorship to democracy. This idea was supported by Rafik Abdesselam, the former foreign minister, who told me that although much political progress had been made in the past five years, "in the next five years, we ought to focus on economic and social achievements". Only time will tell if such ambitions will bear any fruit.

By revisiting the Tunisian experience with democracy, perhaps the most important lesson that the Arab Spring has imparted upon us is that democracy is not the panacea to the social ills and governance failures afflicting the downtrodden, weak and destitute that many thought, or indeed claimed, that it would be. Far from it, Tunisia provides us with compelling evidence that nepotism, corruption and a troubled economy can easily go hand in hand with democracies and, like any other ideology, its ideals extolled by both Western and even Arabian romanticists show that the proponents of every ideology can sometimes let down the very beliefs they intend to espouse.

Although there have been some improvements, primarily with the activism of the newly reinvigorated civil society, freedom of speech and freedom of assembly, it seems that the Tunisians' search for a solution that guarantees them freedom, prosperity and dignity as a holistic package is still on going.