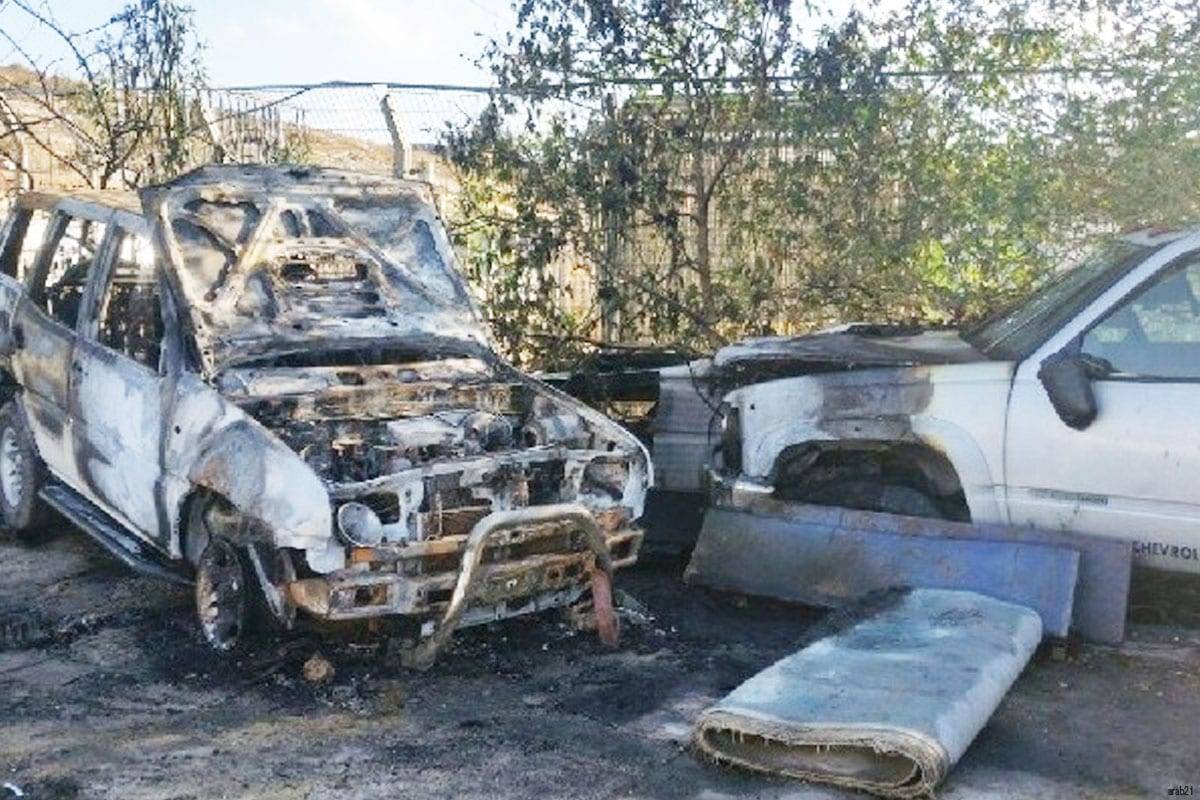 Phrases include "make the Arabs pay" in reference to the death of those shot in Tel Aviv.

Surveillance cameras recorded the extremists in the act.

Ibrahim Na'arani, who owns the two trucks, said: "At 3am, the surveillance camera installed in our parking space recorded the two unknown Jewish religious extremists writing anti-Arab phrase on the trucks in an attempt to avenge the shooting in Tel Aviv and they burned two other cars."

"I filed a complaint with the police and they have begun investigations. I will continue judicial measures until the end, as these racist attacks must be put to an end."