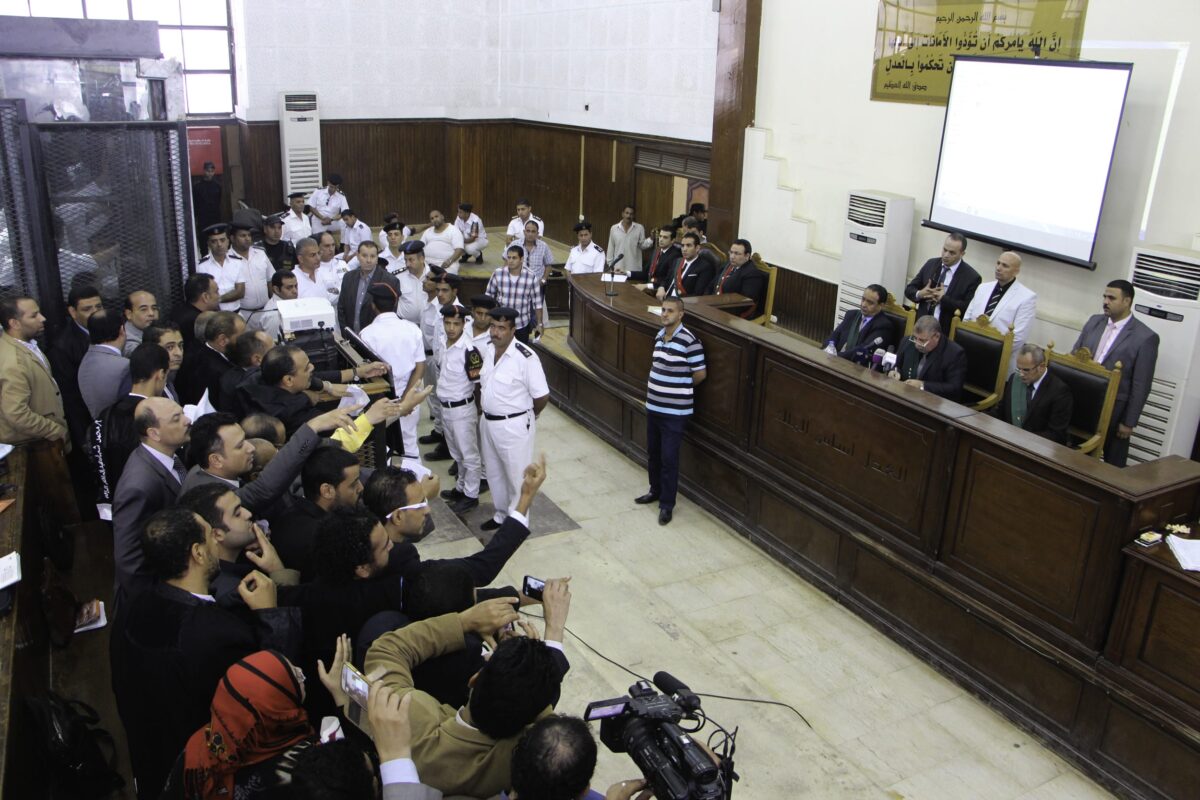 A military court in Cairo sentenced 35 Egyptians to death by hanging and 54 to life in prison on charges of storming and burning a police station, killing a low-ranking police officer and attempting to kill two senior officers.

The events allegedly took place at the Tamiya police station in the Fayoum governorate during the 25 January uprising as part of the Arab Spring revolutions in 2011. The defendants are also accused of stealing weapons from the facility.

The 35 defendants who were sentenced to death include Ahmed Ramadan Eissa, who was present at the court, and Osama Yehia.

Yehia, a leading Muslim Brotherhood member and former lawmaker, was sentenced in absentia.

Though the court acquitted nine defendants, it sentenced 54 others to life in prison in a case related to the infamously violent dispersal of the Rabaa Al-Adawiya and Al-Nahda Square protest camps after the coup against President Mohamed Morsi in 2013.

The coup was orchestrated by current President Abdel Fattah Al-Sisi, and it claimed thousands of civilian lives.

The death sentences have been referred to Egypt's Grand Mufti for confirmation, who ordinarily has to sign off on executions before they take place.

Since the July 2013 ouster of the Morsi administration, Egyptian authorities have launched an unprecedented crackdown on the Muslim Brotherhood group and those deemed to be their supporters, members or even sympathisers.

The Egyptian judiciary has sentenced hundreds of Brotherhood leaders and members to death or prison. In September 2013, an Egyptian court banned the group and ordered the confiscation of its assets. Less than three months later, the government formally listed the group as a terrorist organisation, something the Brotherhood rejects completely.