NGO: Gaza's infrastructure on verge of collapse, time is running out 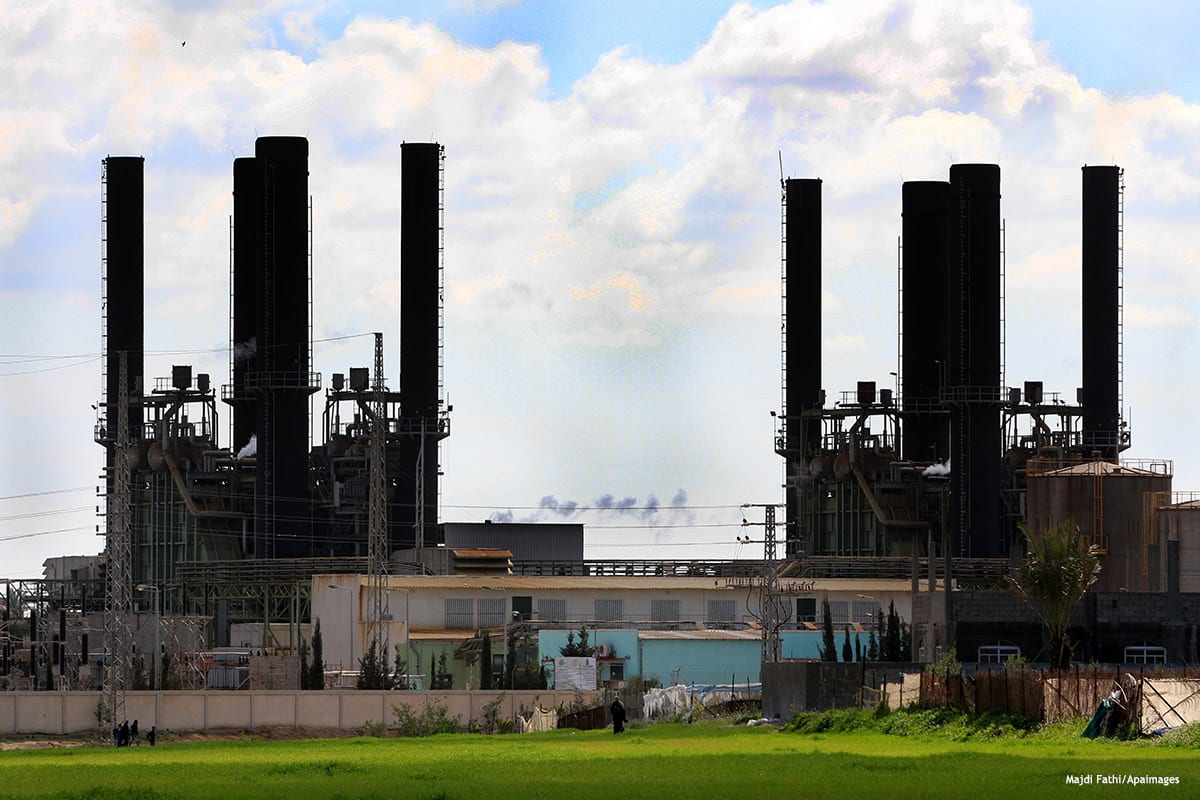 The power plant that generates electricity in Gaza [Majdi Fathi/Apaimages]
January 24, 2017 at 11:21 am

A new report by an Israeli NGO has warned that the Gaza Strip's infrastructure is on the verge of collapse and time is running out.

The report by Gisha, 'Hand on the Switch: Who's Responsible for Gaza's Infrastructure Crisis?', claims to offer "an extensive and sobering review of the state of Gaza's energy, water and communications infrastructure" (the full report can be read here).

Gisha also "parcels out the responsibilities of all relevant actors and shares expert opinions for immediate solutions that could stave off collapse and promote reconstruction and development."

The NGO notes how, "even in the best of circumstances, Gaza residents receive continuous supply of electricity for no more than eight hours per day, water is undrinkable, untreated sewage flows to the sea, and Gaza's cellular communications are stuck several generations behind."

'Hand on the Switch' outlines how responsibility for the current situation is divided among the actors involved – Israel, the authorities in Ramallah and in Gaza, Egypt and the international community.

"One fact stands out above all", Gisha states, namely that "Israel has maintained 50 years of continuous control over Gaza."

Decades of Israel's physical presence inside Gaza (1967-2005) "created a near complete dependency on it for the supply of energy, water and communications." Gaza's infrastructure was not developed according to the needs of a growing population, "and as a result, Gaza was left behind."

According to Gisha, "Israel has taken advantage of Gaza's dependency on Israel for political purposes, including at times by stopping supply of fuel and electricity. It also prevents Gaza residents from accessing advanced communications technology."

The NGO also notes the "severe restrictions Israel has imposed on access to and from Gaza over the past two decades, and especially since 2007 when the closure on the Strip was tightened, destroyed the economy and thwarted maintenance and development of infrastructure."

Israeli restrictions on the entrance of so-called 'dual-use' items, "obstruct efforts to repair infrastructure, such as the power plant and its fuel reservoirs, which were damaged in air raids, and delay the development of alternative energy sources, as well as water and sanitation projects."

Gisha is calling on Israel "to allow the entry of materials needed for repairs and maintenance and to facilitate, instead of hamper, the work of other parties involved, Palestinian as well as international", in what it calls a "legal and moral duty to ensure normal lives for Gaza's civilian population."

Gisha also urges "the Palestinian Authority, the Hamas government, Egypt and the international community to work together to ensure Gaza residents have access to the dignified living conditions they deserve."