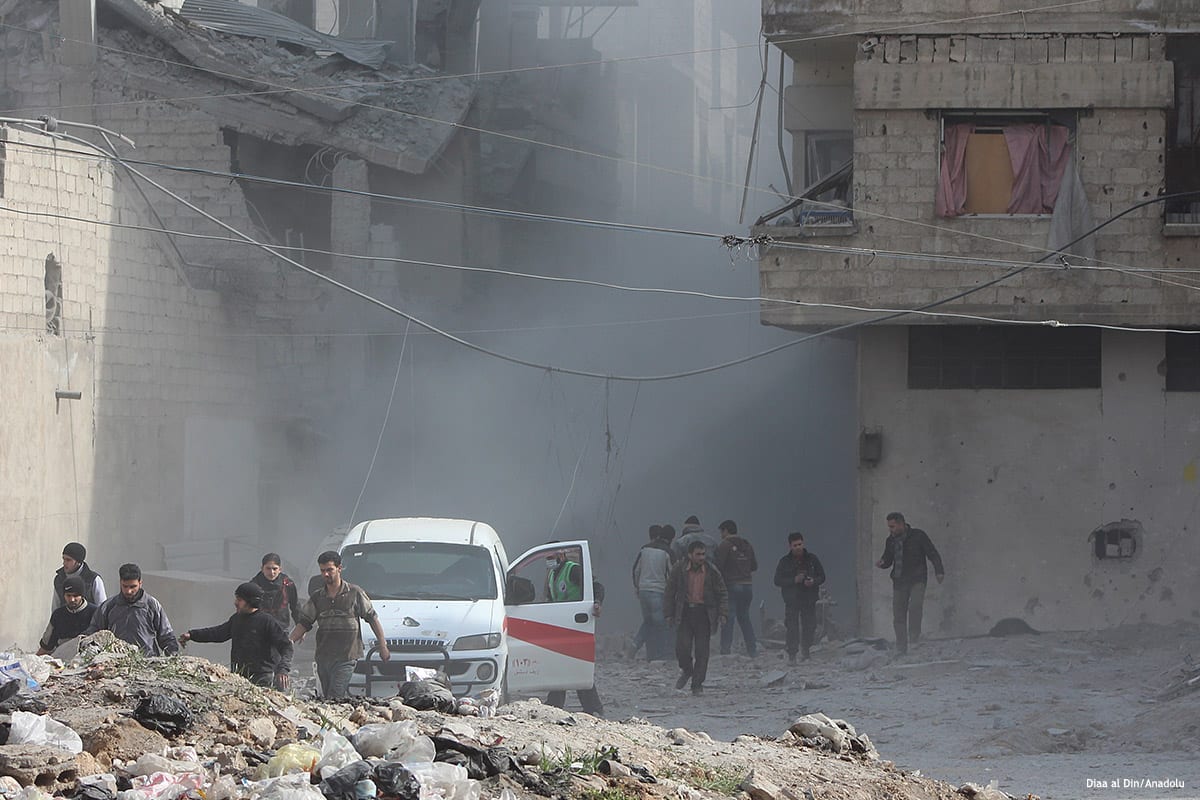 An armed group fighting under the Free Syrian Army's (FSA) banner in northwest Syria has withdrawn from a shaky nationwide ceasefire, blaming the Bashar Al-Assad regime and its allies for violations.

"Due to Russia's lack of commitment as a guarantor…we announce that, as of today, we are not bound by this agreement," Jaish Al-Ezza, a signatory to the deal brokered by Russia and Turkey, said in a statement yesterday.

The group said its decision was in response to what it described as heavy Russian bombardment of its positions and surrounding areas in Hama province.

Fighting and airstrikes have plagued the ceasefire between the Assad regime and opposition groups since it took effect in late December, with the combatants accusing each other of violations.

After two days of negotiations in Kazakhstan last week, Russia, Turkey and Iran agreed to ensure full compliance with the fragile truce.

Jaish Al-Ezza, which has received foreign aid from states opposed to the Assad regime, also blamed government forces and allied Iran-backed Shia jihadists for breaching the ceasefire in Wadi Barada near Damascus.

A month-long offensive against rebels in Wadi Barada ended yesterday when the government captured the valley, where a major spring supplies most of the capital's water. The Assad regime had bombed the water-pumping stations at the Ain Al-Fijah spring, causing massive water shortages in Damascus.

The Hama-based opposition group's withdrawal from the truce could further complicate the battlefield in the opposition-held northwestern corner of Syria, where extremist rebels represented by the Jabhat Fateh Al-Sham (JFS), a former Al-Qaeda affiliate, and more moderate Islamist factions led by Ahrar Al-Sham are at war with each other.

The Syrian conflict pits the Assad regime, backed by Russia and Iran, against an array of mostly Sunni Arab opposition groups, including some supported by Turkey, Arabian Gulf states and the United States.

Despite an overall reduction in violence, more than 400 civilians have died in clashes and bombardment since the truce began, the Syrian Observatory for Human Rights, a Britain-based war monitor, said.