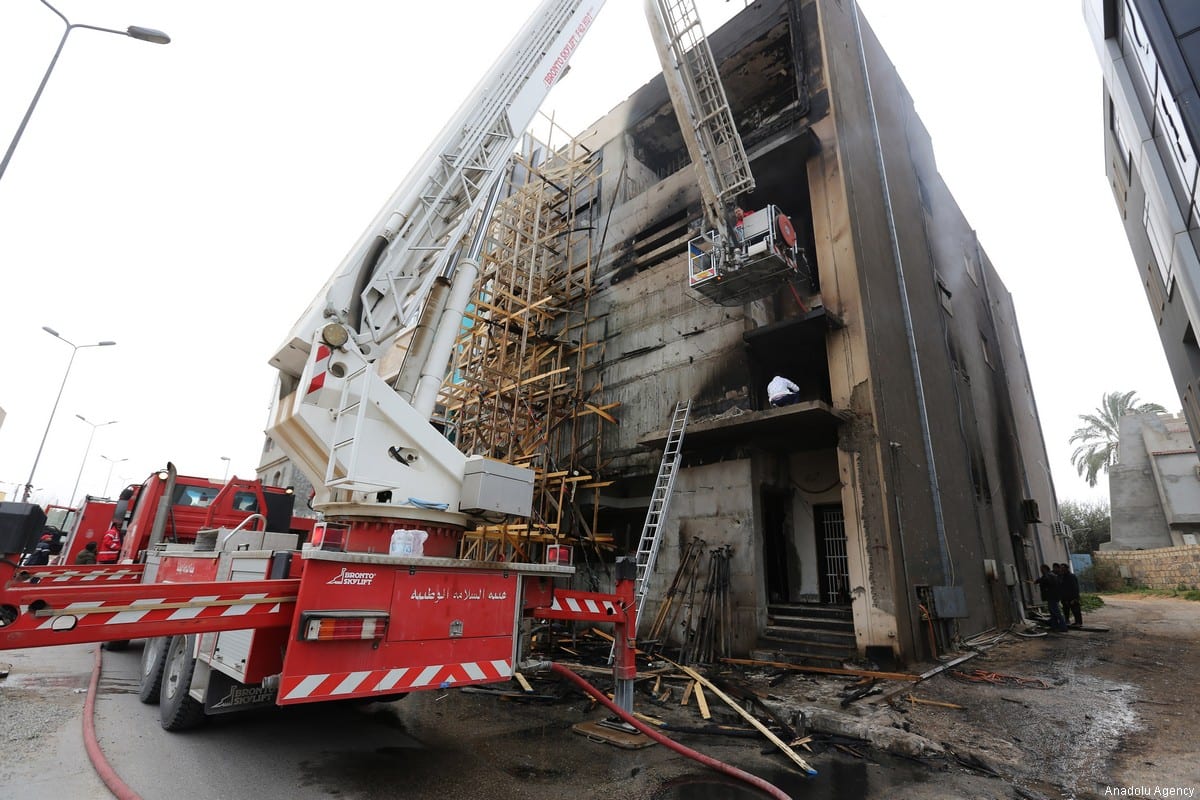 Burnt vehicles are seen after Tripoli-based salvation government's TV channel was burned down by a group of gunmen as the violence in Tripoli, Libya continues on March 15, 2017. (Hazem Turkia/Anadolu)
March 20, 2017 at 2:52 pm

The Libyan National Army (LNA) has been condemned for its "heinous" crimes after it paraded the mutilated bodies of Islamist fighters around the Benghazi after regaining control of the city from the last stronghold of the Islamists.

The exhumation and reported mutilation of the corpse of Islamist leader Jamal Makhzoum has been condemned as a war crime by the Libyan National Commission for Human Rights (LNCHR).

In a video that has been widely-shared online, the decomposed body of Makhzoum is seen strapped to the front of a car and then paraded by LNA fighters shooting guns in the air in celebration.

The Benghazi Revolutionaries Shura Council (BRSC) confirmed this week that their former leader Makhzoum had been killed in Ganfouda.


The LNCHR described the incident as a "despicable and heinous crime incompatible with human values" and a flagrant violation of international humanitarian law.

Article 15 of the 1949 Geneva Convention states that parties in conflict must prevent bodies from "being despoiled" when dealing with the dead.

Photographs have been widely circulated showing dead militants thrown on top of each other and others sprawled across the ground with LNA fighters posing with the bodies.

LNA spokesman Ahmed Mismari yesterday confirmed that a mass grave of Islamist militants, including Ansar Al-Sharia commanders and the corpse of Makhzoum, were recovered by the forces loyal to military leader Khalifa Haftar.


The LNCHR called on the Benghazi attorney-general and the House of Representatives to open an investigation into the crimes immediately.

The Muslim Brotherhood-linked Justice and Construction Party condemned the army's actions and called on human rights organisations to investigate.  Presidency Council head, Fayez al-Sarraj, also denounced the behaviour of the LNA troops in Ganfouda in a televised speech.