How Israelis are interpreting Saudi's reconciliation with Sisi 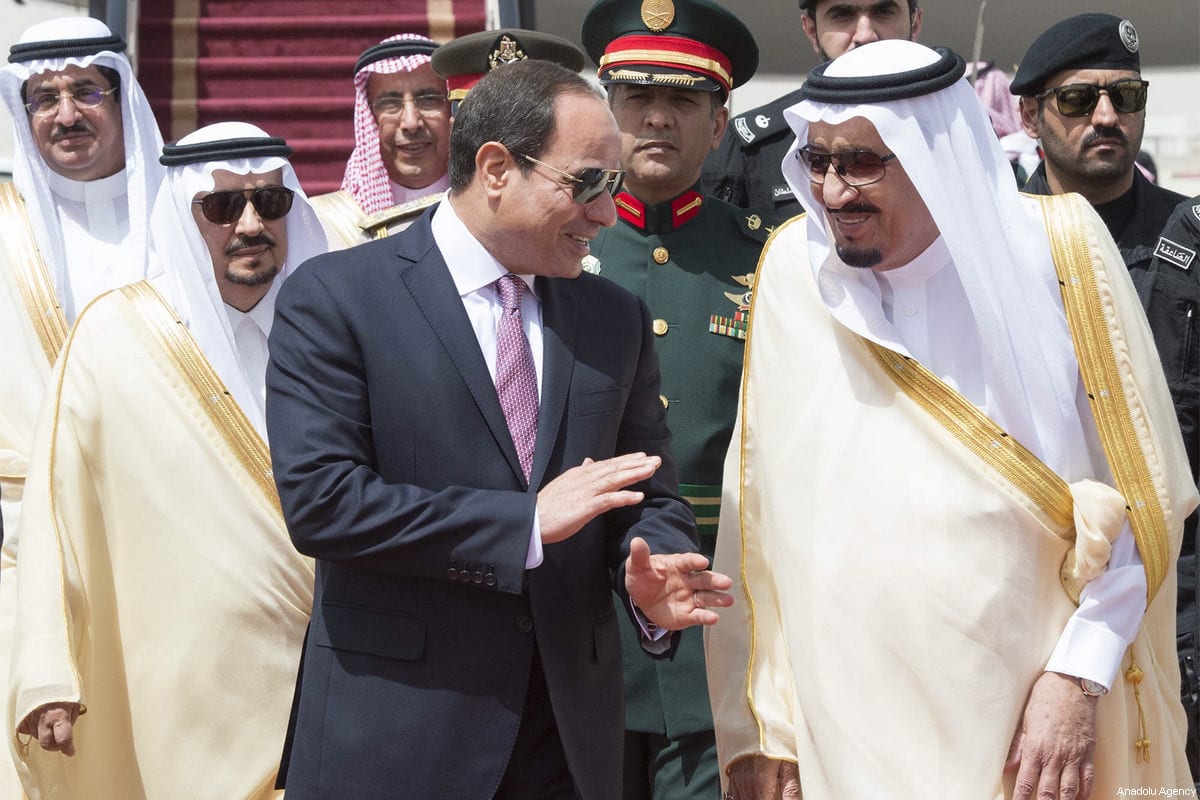 A newspaper close to decision-making circles in Tel Aviv has highlighted the sudden rapprochement between Saudi Arabia and the regime of Egyptian President Abdul Fattah Al-Sisi in light of the latter's visit to Riyadh.

The right-leaning Makor Rishon newspaper said that the Saudi-Egyptian reconciliation was "the result of an American plan to establish the basis for a regional alliance in which Egypt, Saudi Arabia, Israel and Jordan would be the most important components."

In a report published in the newspaper's printed edition today, which Arabi21 translated, the newspaper said that Trump had succeeded in "neutralising the impact of the Egyptian-Saudi conflict over Syria. This opened the way for a new rapprochement between the two countries."

Read:Â Saudi Arabia and Egypt are two wings of the Arab region

The newspaper added that the American move to bring Riyadh and Cairo closer "serves the interests of the major economic states". It also pointed out that, through this step, Trump aims to stop Egypt and Saudi Arabia's move towards buying arms from Russia and impose a reliance on US weapons.

Commentator Asaf Jibour, who is the author of the report, pointed out that the Americans are concerned with preventing the Russians from achieving strategic goals through the cooperation that Al-Sisi has shown with them. He also stressed fears on the US' side of the increasing benefits drawn by the Russians from the US' absence in the region,Â which was deepened by the Obama administration.

According to Jibour, the Americans noted that the significant rapprochement between Al-Sisi's regime and Russia occurred with indirect support from Riyadh, given that Saudi Arabia provides the funds to pay for the deals signed between Cairo and Moscow.

The newspaper quoted US and Israeli sources who claimed that, at Trump's request,

Saudi Arabia had forgiven Al-Sisi for not participating in the war against the Houthis in Yemen, as well as his direct action to thwart its objectives in Syria by clearly supporting Bashar Al-Assad's regime.

It should be noted that, right after Trump's election, the Jerusalem Centre for the Study of Society and the State, which is close to the government of Benjamin Netanyahu, called on Israeli decision-makers to move to persuade the new US administration to mend the relationship between Saudi Arabia and the Sisi regime.

The centre, whose board is headed by Dore Gold, a former Israeli foreign official, considers that the reconciliation between Saudi Arabia and Al-Sisi is an issue of "strategic interest for Israel and is necessary for its national security".