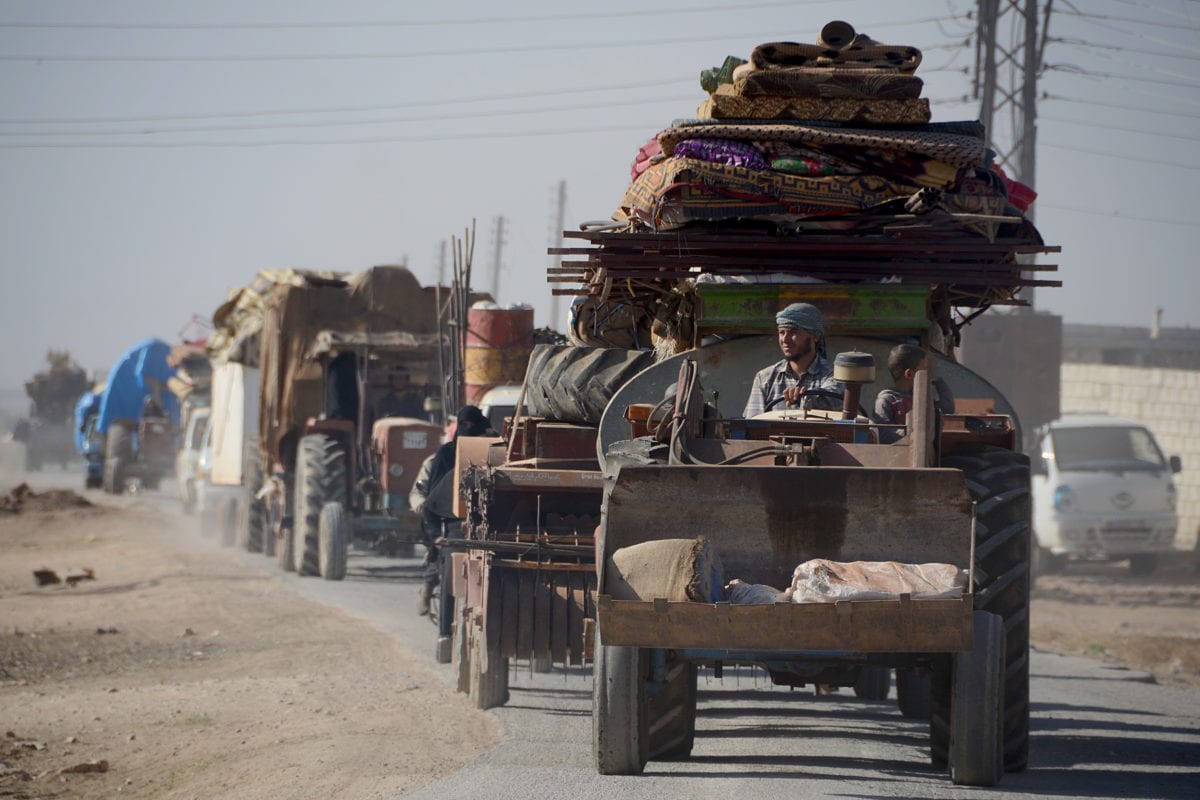 Syria's armed opposition yesterday rejected a Russian plan to create safe zones in Syria, calling it a threat to the country's territorial integrity, and said it would also not recognise Iran as a guarantor of any ceasefire plan.

Turkey, which supports Syrian rebels, and Iran, which backs the regime of Syrian President Bashar Al-Assad, agreed earlier in the day to Russia's proposal for "de-escalation zones" in Syria, a move welcomed by the United Nations but met with scepticism from the United States.

"We want Syria to maintain its integrity," opposition delegate Osama Abu Zaid said after Russia, Turkey and Iran signed a memorandum on creating safe zones. The three countries are sponsoring talks in the Kazakh capital Astana aimed at ending Syria's fighting, though markedly in Al-Assad's favour.

We are against the division of Syria. As for the agreements, we are not a party to that agreement and of course we will never be in favour (of it) as long as Iran is called a guarantor state.

He also cited what he called "a huge gap" between the promises of Russia, which intervened militarily in 2015 on Al-Assad's side and gave him back the upper hand in the conflict.

"We have an agreement already (in) our hands, why isn't it implemented?" he said, referring to a truce deal announced by Russia in December that was largely ignored by the Assad regime on the ground. "Why are we jumping now to safe zones?"

"Russia was not able to or does not want to implement the pledges it makes, and this is a fundamental problem."

Russia, Turkey and Iran did not immediately publish the memorandum, leaving its details unclear. But the safe zones appear intended, at face value, to be conflict-free to help widen a ceasefire, and would potentially be policed by foreign troops.

Read: Questions about the southern front and the 'safe zone'


The US State Department said in a statement that it was sceptical of Iran's involvement as a guarantor of the accord and Damascus' track record on previous agreements.

UN Secretary-General Antonio Guterres said in a statement that he was encouraged by the proposal but cautioned it must "actually improve the lives of Syrians."

Saudi Arabia's foreign minister, Adel Al-Jubeir, said while on a visit to Washington, DC, that the kingdom supported creation of safe zones but he wanted to see more details.

Russian negotiator Alexander Lavrentyev said that under the plan Russia could send observers to safe zones. He said third-party monitors could be invited provided Iran and Turkey agreed.