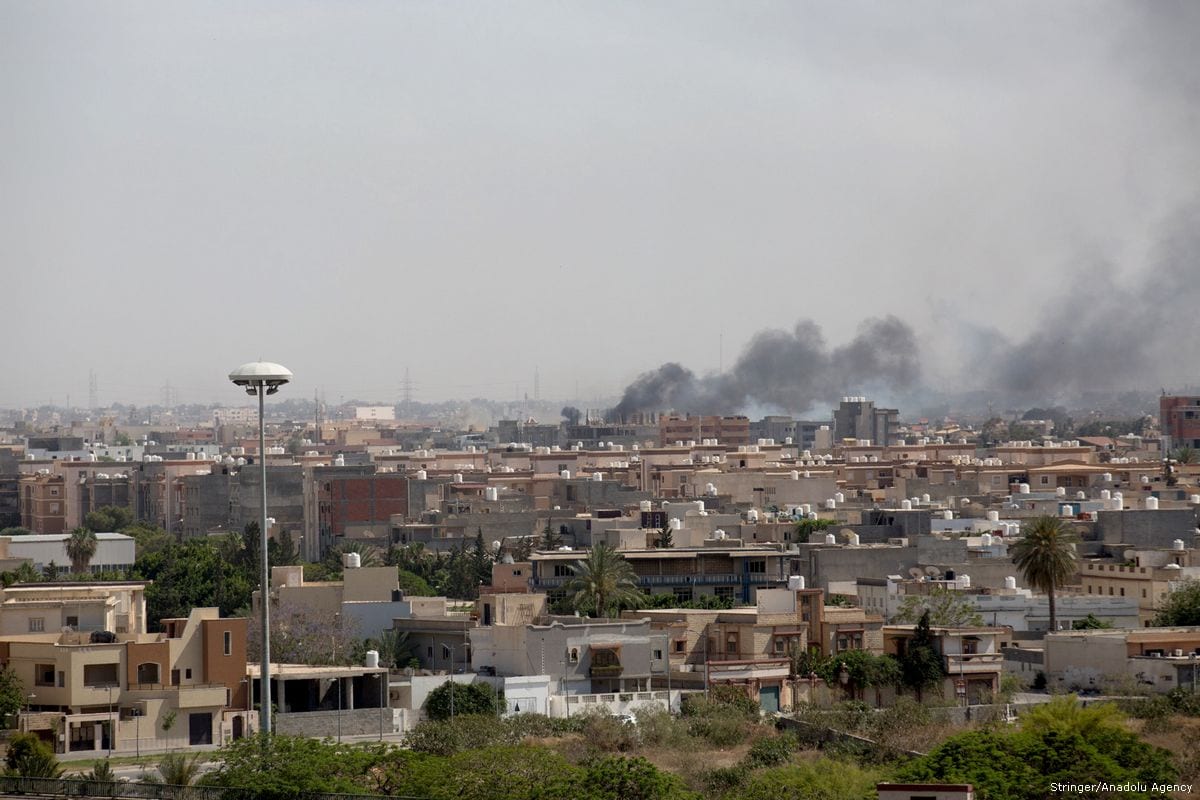 Smoke rises after clashes between National Reconciliation Government of Libya and National Liberation Government in Tripoli, Libya on 26 May 2017 [Stringer/Anadolu Agency]Agency )
June 3, 2017 at 2:18 pm

Militants loyal to the renegade General Khalifa Haftar and those with Daesh have attacked Al-Bunyan Al-Marsous fighters simultaneously, it has been reported. The attacks on forces loyal to the UN-backed government took place to the east of Sirte on Friday.

According to Al-Resalah, Haftar's militants also announced yesterday that they control wide areas of the central district of Al-Jufra, 400 kilometres south of Sirte, where the attacks took place. They attacked a security checkpoint operated by Al-Bunyan Al-Marsous seven kilometres east of Sirte and seized a military vehicle. The forces loyal to the renegade general then moved to Al-Briqa district in the area of the Oil Crescent. At the same time, Daesh militants carried out a raid south of Sirte.

Meanwhile, an information officer loyal to Haftar claimed that his forces control the southern and western entrances of Al-Jufra after a battle with the Benghazi Defence Brigades. Eyewitnesses said that Haftar's men raided Wadan neighbourhood near Al-Jufra, killed five fighters from the brigades and arrested four others. However, a medical source said that Wadan Hospital only received the body of one local resident, while three others were wounded.