Hamas must look beyond Dahlan to ease the blockade

Despite conflicting information about an understanding said to have been reached between Hamas and Mohammad Dahlan in Cairo last week on the subject of Gaza, there is evidence that any understanding is not final.

It is clear that Dahlan in particular has an interest in fuelling the leaks concerning these understandings, as he has allowed those close to him abroad – and elites sympathetic to his politics inside Palestine – to talk to the media and flood social media with the details.

It is interesting that the Hamas leadership remained silent and avoided pushing a parallel narrative, even when the leadership in Ramallah took advantage of these leaks to expose the movement.

Read: Dahlan behind differences between Egypt and Fatah

It is clear that the framework of the understanding is based on a clear and simple equation: Dahlan's commitment to take steps to ease the siege on Gaza in exchange for granting his movement freedom to work and move in the Strip by allowing his senior aides to return to Gaza and interact once again with his Fatah supporters.

Regardless of the accuracy of these leaks and the credibility of the details we can say that it is Hamas's right to test all political options that may reduce the impact of the blockade, under which basic services are about to collapse.

It is also the movement's duty to be politically flexible in its pursuit to confront this enormous threat. It is no secret that the quest to lift the blockade is the reason why Hamas has been so enthusiastic to hold negotiations with Fatah that resulted in a number of agreements to end the internal divide.

Read: Hamas and the Palestinian cause are at the heart of the Gulf storm

It is also not a bad thing for the movement to seek to reach an understanding with Dahlan after not being able to implement the agreements reached with Fatah, led by Mahmoud Abbas.

Despite this, it is naïve to deal with Dahlan as a party acting on its own behalf or as a representative of an independent Palestinian party. He is simply a tool used by the regional axis that adopts a clearly hostile position towards the resistance and Islamic military and political movements, including Hamas.

To further complicate matters the leaks coincided with a fierce campaign waged by the axis that Dahlan works for, against Qatar. It became apparent that the main reason behind the campaign is Doha's relationship with the Palestinian resistance.

Read: Hamas and the Arab moderation once again

When the Saudi Foreign Minister Adel Al-Jubeir – whose country shares leadership of this axis with the UAE and Abdel Fattah Al-Sisi's Egypt – demands Qatar sever its ties with Hamas as a condition to end the boycott against it, we find it very suspicious that Dahlan is keen on reaching an understanding with the movement. Therefore, Hamas must keep in mind the following four main warnings before making any deal with Dahlan:

First, although it is assumed that Egypt is not part of the agreement between Dahlan and Hamas this understanding will improve Al-Sisi's ability to exploit the movement and entice it to make serious concessions in its favour, as well as in Israel's favour. Dahlan will pay Hamas in Egyptian currency meaning Egypt will be in control, both of opening the Rafah border crossing and providing the fuel required to operate the power plant.

This gives Al-Sisi's government the ability to link these services with issues that have nothing to do with Dahlan on the surface such as security arrangements on the border between Gaza and north Sinai and Cairo and demanding that Hamas hand over individuals it claims fled from Sinai to Gaza. Furthermore, according to Hamas leaders, Al-Sisi's government is currently putting great pressure on the Hamas leadership to end the matter of Israeli prisoners and missing Israelis in Gaza at any cost.

It is clear that in the event that assistance is being implemented the movement's margin of manoeuvre will shrink, as it will be forced to choose between continued facilities and abandoning the Israeli prisoner's card, which is considered the only guarantee that Palestinian prisoners will be released from Israeli prisons. 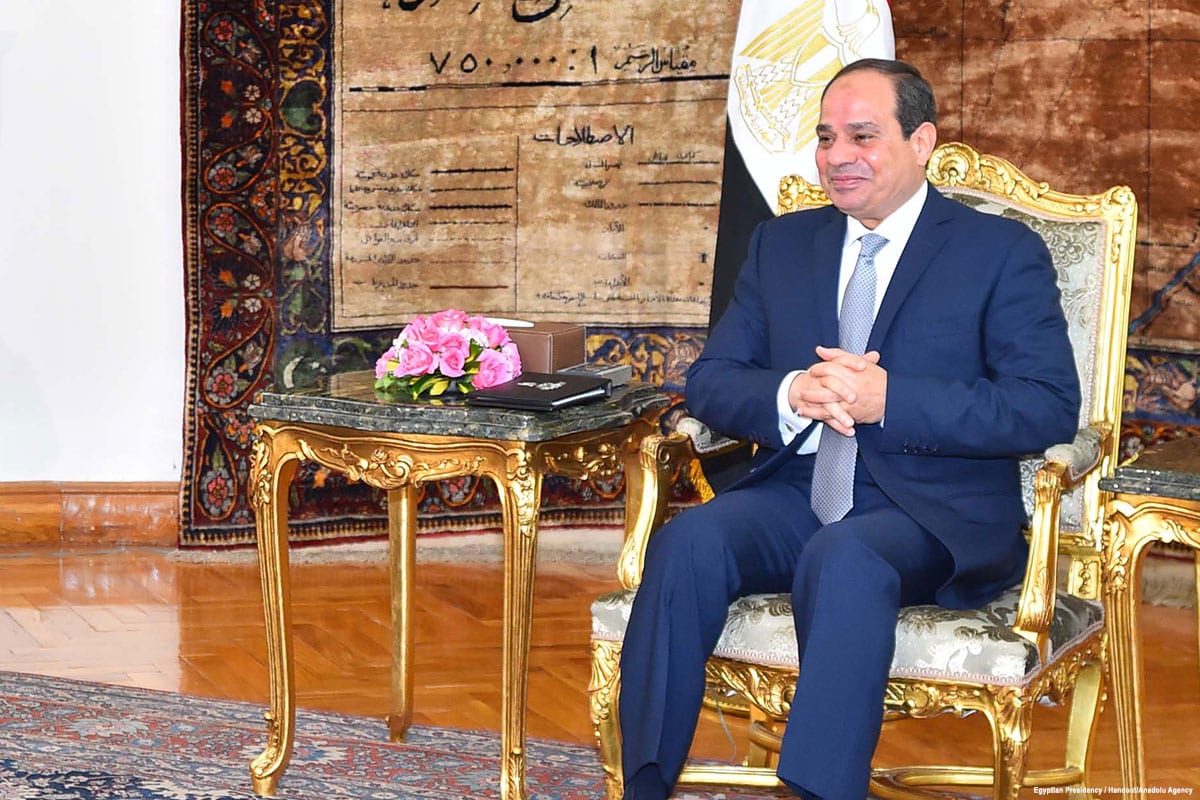 Secondly, at a time when Hamas will be under the threat of Al-Sisi's exploitation, Muhammad Dahlan will enjoy a considerable margin of manoeuvre to rebuild the influence of his movement in the Gaza Strip. His popularity will increase considerably because he will be perceived as the "saviour" of Gaza. It is not unlikely that Israel will, at some point, confront Hamas to eliminate its military presence and topple its rule as an alternative will be ready to take over.

Thirdly, any agreement between Dahlan and Hamas would affect the nature of the movement's regional alliances, especially with Qatar and Turkey. The Saudi-Emirati-Egyptian axis may be interested in Dahlan reaching these understandings in order to push Hamas away from its allies.

Fourthly, if we take into consideration that the aforementioned axis is linked to a partnership and coordination with the US and Israel this raises few doubts that this axis is interested in taking advantage of the blockade on Gaza to help Tel Aviv and Washington bury the "two-state solution" formula. If the leaks are accurate then the Dahlan-Hamas understandings aim to link the Gaza Strip with Egypt and completely draw the curtain on the idea of political unity between the West Bank and Gaza.

It is true that the two-state solution is not considered a great achievement for the Palestinian people, but any Arab cooperation in eliminating it is considered a contribution to enabling the Zionist right-wing to implement its plan aimed at the liquidation of the Palestinian cause.

To say the least the understandings with Dahlan are precarious, not because of their nature and the details, but because of the regional context. Hence, Hamas must exercise extreme caution before it restrains itself with constraints that are difficult to escape from.

Hamas must look into other options for managing the crisis. When Mahmoud Abbas is not on the scene – and the time will inevitably come when this happens – this will exempt the movement from paying the price demanded by Dahlan and the axis backing him.