Al-Aqsa Uprising: What Hamas must do 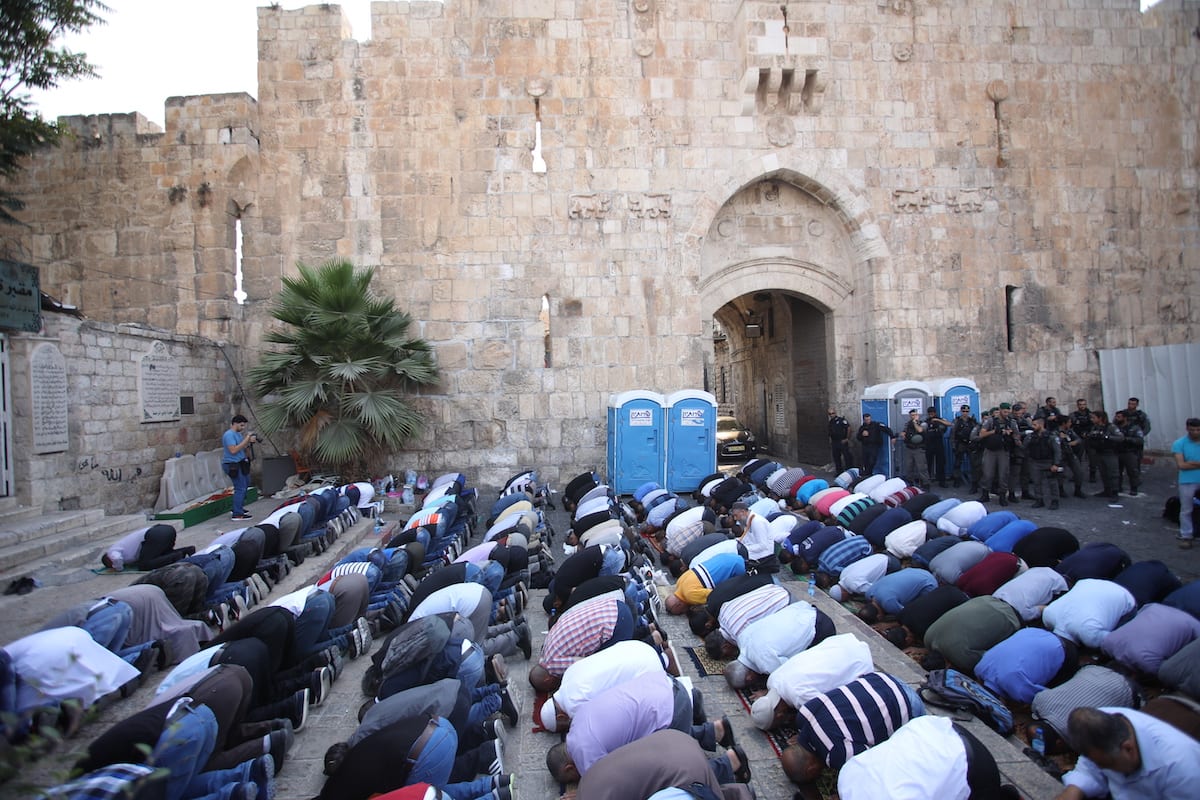 The Al-Aqsa Uprising posed a double dilemma for the Israeli Prime Minister, Benjamin Netanyahu, as well as for the PA President, Mahmoud Abbas. Netanyahu became a target of harsh criticism by the Israeli media and political arena, which blamed him for the severe deterioration of the security situation after electronic gates were placed at the entrances of Al-Aqsa Mosque. Netanyahu, who presents himself as "the master of security", claiming to have made great achievements in this regard, was surprised by the Al-Aqsa Uprising, which shrunk his margin of manoeuvre and revealed to the Israeli public, especially the right-wing bases, that he is unable to obtain the desired results.

Netanyahu is further pressured by the fact that the strategic assessment levels in the Israeli army and intelligence had recommended that electronic gates not be installed, claiming that these security gates achieve nothing. They also noted that they would provoke the Palestinians to a level where their anger and reactions cannot be contained.

The decision to install the electronic gates, against the recommendation of the intelligence, army and national security advisor, was made because Netanyahu was afraid he would appear to be acting under the feeling of fear of the Palestinians and would appear less insistent on harming the Palestinians compared to his extremism ministers, especially Education Minister Naftali Bennett and members of Likud.

Read: Saudi prince: 'Let us go and fight for Al-Aqsa' 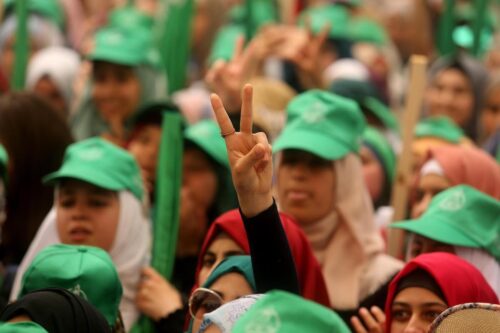 Students who support Hamas gather to attend the debate held ahead of the student council elections, at Bir Zeit University in Ramallah, West Bank on May 09, 2017 [Issam Rimawi / Anadolu Agency]

In addition to this, Netanyahu is facing a severe crisis of options. On one hand, if he backs down from his decision to install the gates, it will be interpreted as a victory for the Palestinians, not to mention the fact that such a move would be a harsh blow to his position as the sole leader of the right wing. There is no need to remind everyone of the importance Netanyahu holds for his image as the sole leader representing the Israeli right wing.

On the other hand, many in Tel Aviv are accusing Netanyahu of threatening the achievements gained by Israel from the developments in the Arab world, most notably the rapprochement with a number of Arab governments. Based on this logic, the ability of these countries to justify their continued relationship with Tel Aviv will be very difficult after the events of the uprise.

This has driven several Israeli commentators and researchers to hold Netanyahu responsible for the security deterioration that followed his decision to install the gates. Even the right-wing elites, who are known for their support of Netanyahu's decisions, attacked this decision and agreed that it resulted in serious harm of Israel's interests. Even Yoni Ben-Menachem, a journalist currently working as a researcher for the Jerusalem Centre for Public Affairs, and who is a member of the right-wing and usually defends the government's policies, has attacked Netanyahu, considering him responsible for harming Israel. Ben-Menachem said the following to Netanyahu: "You need wisdom, cool nerves and to master the management of your political and military steps. You are losing these skills. Look where you've taken Israel through the lightness that now distinguishes your management of your affairs."

In addition to this, the Al-Aqsa Uprising led to the weakening of Mahmoud Abbas' position and limited his options. This may impact his ability to continue his measures against the Gaza Strip.

Therefore, lying within the Al-Aqsa Uprising is potential energy that can radically and positively change the reality in the Gaza Strip if the Hamas leadership acts wisely. The continuation of this uprising will ensure further erosion of Abbas' position and will reduce his ability to justify any action against the Gaza Strip. In addition to this, it may grant the movement enough manoeuvring space to put it in a position where it is forced to rely on cooperating with the anti-resistance counter-revolution axis to resolve the problems of Gaza. This forces Hamas to use all its strength to reinforce this uprising, develop it and prolong it.

At the same time, the movement must adopt an inclusive national discourse during this uprising. Although Abbas did not change his colours and even children are aware he was lying when he announced the cessation of security cooperation because of the Israeli measures against Al-Aqsa, this does not prevent Hamas from putting him on the spot by announcing its willingness to meet with all the national factions and agree on a comprehensive national work programme under the banner of Al-Aqsa and its uprising. The movement can also announce measures that reflect its willingness for consensus and flexibility and at the same time ease its understandings with the anti-resistance axis in the Arab world represented by the Al-Sisi and Dahlan governments.

This article was first published in Arabic on Assabeel, 24 July 2017.